Returning the Spoils of World War II, Taken by Americans

As the Allies stormed through Germany in 1945, museum officials in Dessau scurried to hide their art treasures in a nearby salt mine, where they would soon be discovered by American soldiers.

Much of the art was preserved, but three paintings by old masters somehow ended up in a poker game won by an American tank commander, Maj. William S. Oftebro, who quietly mailed them home.

For the past seven decades, they have been with his family, most recently on the wall of his widow’s room in an assisted living center in Texas.

On Tuesday, the poker winnings began their journey home.

In a ceremony at the State Department in Washington, the three works from Dessau and two other paintings taken by American G.I.’s were handed over by the soldiers’ heirs to the German ambassador to the United States, Peter Wittig, in an event organized by the Monuments Men Foundation, based in Dallas. “I just couldn’t keep them,” the major’s stepson, James Hetherington, 71, of Dallas, said. “Whether he won them in a poker game or not, they were stolen property.” 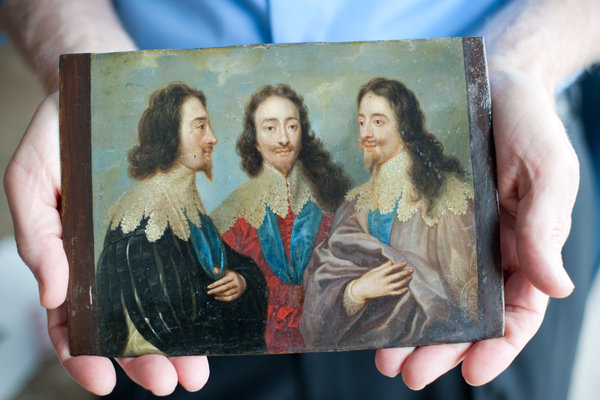 A portrait of England's King Charles I in Three Positions, a piece taken from Germany by Americans.

Though stories of art looting during World War II invariably focus on Nazi plunder, German and American officials say thousands of works, among them masterpieces by Dürer, Cranach and Hals, crossed the Atlantic in footlockers and mail parcels in the 1940s. Very few have trickled back.

The thefts from German castles and storage vaults in no way match the scale of Nazi looting, and were undertaken by men who had witnessed the bloody toll of German aggression. But few suggest American soldiers were confused about the rules of war. Gen. Dwight D. Eisenhower had issued strict directives forbidding such thefts.

“Yes, they were suffering and losing buddies,” said Robert M. Edsel, chairman of the board of the foundation, which chronicles and promotes the return of art stolen during World War II. “But they knew what they did was wrong.”

Mr. Edsel has spent much of his life researching the work of a small group of American troops who were assigned to safeguard European treasures against the retreating Germans and the advancing Soviets, events portrayed in the 2014 George Clooney film, “The Monuments Men.” He believes the return of artworks to Germany on Tuesday might prompt the families of other American veterans who defied Eisenhower and took illicit trophies to come forward with any items hanging on dining room walls or taking up space in the attic.

“We just have to hope the heirs will come forward now that they’re discovering these things as the veterans die off,” he said.

A miniature of Queen Victoria and the daughter who was named for her, a work being returned to Germany where the princess became Empress Friedrich.

In the past, returns have been scarce. In 1992, rarities from the eighth century, including a gold-and-jewel-studded Bible cover, a hand-carved ivory and gold chest, and a rock-crystal silver reliquary, went back to a Lutheran church in Germany after a group there paid $3 million to the heirs of the Texas soldier who had them.

Seven years later, a 16th-century painting of Christ by Jacopo de’ Barbari was recovered by a museum in Weimar, Germany, after a Long Island man tried to negotiate a $40,000 reward for the work, stolen in 1945, saying it had mysteriously turned up in his wood shop. Instead, he was arrested and charged with selling stolen property.

Two years ago, eight antique manuscripts from 1533 to 1789, taken from shell-damaged Naples by an Army radio operator, were handed back to Italian officials by the operator’s grandson.

The three works obtained by Major Oftebro, whose 750th tank battalion had landed at Normandy, France, were among hundreds that the Anhaltische Gemäldegalerie, a small museum in Dessau, had crated and hidden in the Solvayhall mine, about 30 miles east. But when officers from the Monuments, Fine Arts and Archives section arrived at the mine a few weeks later, they found that some hidden items had been taken.

Among those missing were “The Prodigal Son,” a 17th-century Flemish work by Frans Francken III; a landscape by the German artist Christian Wilhelm Ernst Dietrich; and “Landscape With Staffage,” by an Austrian, Franz de Paula Ferg. Experts said they would fetch between $25,000 and $50,000 each if sold today. 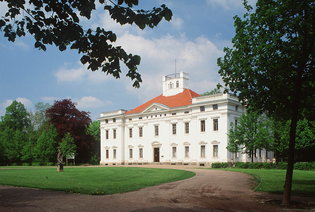 The palace in Dessau, Germany, that houses the Anhaltische Gemäldegalerie where the looted artworks will be received.

Mr. Hetherington said his mother had married the major in 1982 and that the three works held pride of place on the parlor wall of the Oftebro home for years. No one in the family “had the foggiest idea they were valuable,” he said.

But in 1994, when the major died, and again in 2002, Mr. Hetherington said he had consulted an appraiser. Each time he was told they were listed on a database of stolen art and should be returned to Dessau.

But Mr. Hetherington — influenced, he said, by the losses so many had suffered at the hands of the Nazis — resisted at first, reasoning, “I’m sure as heck not giving anything back to the Germans.”

More recently, he said, he had a change of heart after seeing The “Monuments Men” and witnessing the heroism of the men who had risked so much to preserve part of the world’s cultural heritage. He described it as “the honorable thing” to do.

The two other works being returned were stolen from the Kronberg Castle Hotel outside Frankfurt, a luxurious palace built in 1893 by Queen Victoria’s eldest child, also Victoria, who had married Emperor Frederick III of Prussia and later became known as Empress Friedrich. 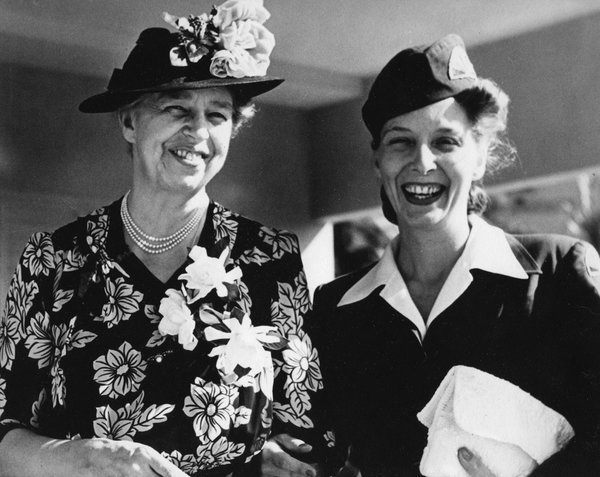 One is an unattributed copy of a triple portrait of King Charles I of England, originally painted by Anthony van Dyck in 1636 to help Bernini create a sculpture of the king. The other is a gilt-framed miniature showing Queen Victoria holding her namesake daughter in a Madonna and Child pose.

The castle was one of 14 estates in the region requisitioned by the Army as postwar officers’ clubs. But in 1945, hundreds of the works there, as well as gold and silver heirlooms and a $31 million cache of diamonds, rubies and emeralds, were shipped to the United States by rogue officers with reputed ties to the Chicago mob. Some of those pieces were recovered.

The two small paintings are being returned by Michael R. Holland, a retired house builder from Montana, who said he found them in the safe deposit box of his aunt, Margaret I. Reeb, after her death. A note in the box from Mrs. Reeb, a member of the Women’s Army Corps who had served in Germany, said she bought them there just after the war.

Family lore, Mr. Holland said, has it that Mrs. Reeb, who died in 2005 and was a wartime acquaintance of Eleanor Roosevelt, bought the works from American soldiers who approached her in a Nuremberg hotel for some quick cash.

“She was a very secretive woman,” Mr. Holland, 67, said of his aunt. “To me it was always kind of iffy.” After the ceremony on Tuesday, he said he was “ecstatic” to be returning them. Donatus Landgraf von Hessen, great-great-grandson of Empress Friedrich, said in a telephone interview that few paintings from the castle have been recovered, and that many are probably in the United States or Russia.

“Finding these is like a needle in the straw,” he said. “It’s wunderbar, because in wartime winner takes it all, in a way. So it is very honorable of the people to give them back now.”

Similarly appreciative remarks were made by the director of the Anhaltische Gemäldegalerie museum in Dessau.

“The soldiers who stole them, they just wanted a souvenir,” said the official, Norbert Michels. “These were cruel times and there were many injustices. We Germans cannot complain about some paintings. That would not be right.”