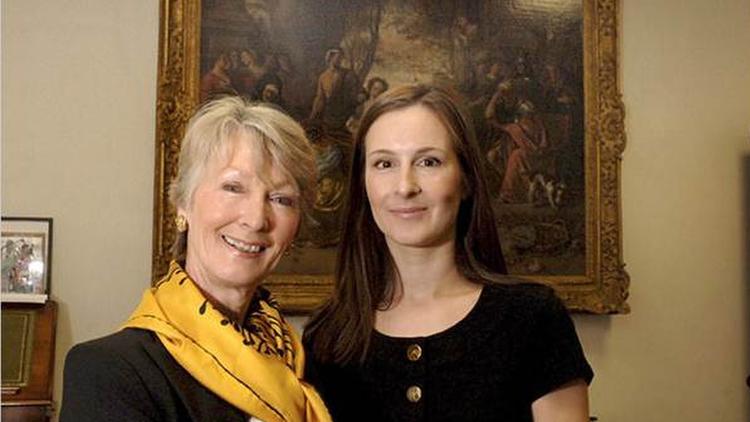 Marei von Saher, left, has sued for the return of Cranach the Elder's "Adam" and "Eve" paintings, which belonged to her family before it was looted by the Nazis, and is now owned by the Norton Simon Museum. She is pictured with her daughter Charlene. (Courtesy of Marei von Saher)

The Norton Simon Museum was dealt another legal setback Thursday in its bid to hold onto prized 16th century paintings of Adam and Eve that were looted by the Nazis during World War II and have hung in its galleries in Pasadena since the 1970s. 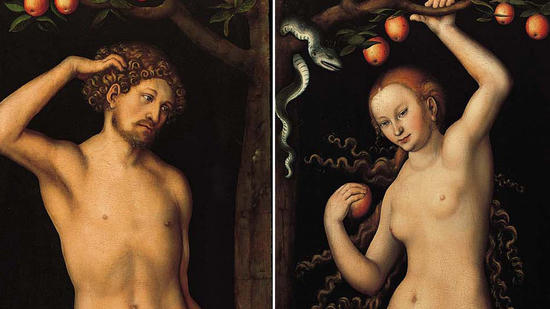 In a ruling in U.S. District Court in Los Angeles, Judge John Walter denied the museum’s motion to dismiss Marei Von Saher’s lawsuit that seeks the return of the paintings by Lucas Cranach the Elder. Painted on a pair of wooden panels around 1530, they depict a nude Adam and Eve holding forbidden fruit at the biblical moment when they succumbed to temptation in the Garden of Eden.

The Nazis confiscated the paintings after Von Saher’s father-in-law, a prominent Dutch-Jewish art dealer, fled Amsterdam with his family as the German blitzkrieg hit Holland in 1940. Jacques Goudstikker died in an accidental fall aboard the ship on which they fled the Nazis.

Walter had tossed out Von Saher’s lawsuit twice before during the long-running legal fight that began in 2007, only to be reversed by the U.S. 9th Circuit Court of Appeals, keeping her case alive.

Walter's ruling suggests that the case will now focus on evidence of the paintings’ almost incredible journey through 20th century history, rather than on the preliminary legal issue of whether the statutes of limitations and constitutional conflicts barred Von Saher from pursuing her claim.

Goudstikker bought “Adam” and “Eve” at a 1931 auction in which the seller was the Soviet Union – which, according to the Norton Simon Museum’s disputed theory of the case, had confiscated them from a family of Russian aristocrats during the 1920s.

After World War II, Allied forces returned the paintings to Holland; European governments were to deal with claims for artwork stolen on their soil. But Goudstikker's widow decided not to make a formal claim for “Adam” and “Eve” because she feared Dutch authorities would not give her a fair hearing.

The museum has contended that the Dutch government acted properly in 1966 by selling the paintings to an American heir of that Russian family, the Stroganoffs. He, in turn, sold them to museum founder Norton Simon in 1971. In 2006 the museum appraised their value at $28 million in today’s dollars.

The Norton Simon’s bid to get Walter to dismiss the case for a third time hinged on the statute of limitations, which prohibits plaintiffs who’ve waited too long from taking their claims to court.

The museum issued a statement Thursday affirming that it “remains confident that it holds complete and proper title to Adam and Eve, and will continue to pursue, consistent with its fiduciary duties, all appropriate legal options.” Art museums’ duties include safeguarding their collections so that they remain available to the public.

The next step, Kaye said, is for the Norton Simon to make a formal answer within 14 days to an amended complaint Von Saher filed in November 2011.