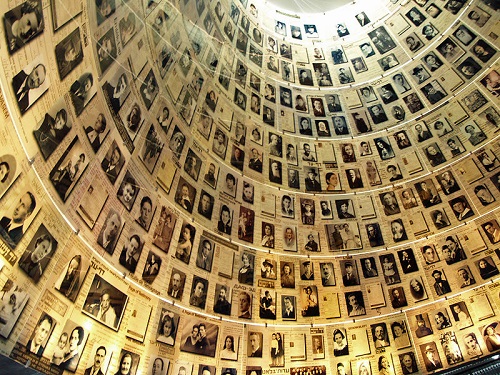 As museums around the world contend with the ethical debate over ownership rights of Nazi-looted art, one woman is suing an Israeli museum for some very different Nazi loot: the original documents of Oskar Schindler, the Nazi businessman who helped save hundreds of Jews during the Holocaust.

Professor Erika Rosenberg from Argentina, who is the biographer and legatee to Schindler’s wife, Emilie, will go to court next month against Yad Vashem Museum in Jerusalem over several pictures and documents, including the lists of Jews Schindler saved. His story was made famous by the 1993 Oscar-award winning movie Schindler’s List. Soon after seeing the catastrophic effects of the Holocaust, Schindler abandoned his goal of profiting from the war and instead helped nearly 1,200 Jews survive by employing them in his factory. Following the war, the Schindlers emigrated to Argentina, where Emilie befriended Rosenberg in her last years of life. Schindler returned to Germany, where he died in 1974, and Emilie remained his only legal heir. She died in 2001.

The lawsuit alleges that the documents in question were found in a suitcase in an apartment owned by Schindler’s friend in Germany following his death. Rosenberg alleges that Yad Vashem snuck the documents out of Germany in 1999 before seeking permission from Emilie. According to the museum as quoted in the Jerusalem Post, Emilie Schindler had never asked for the suitcase, nor was she ever in possession of it while she was alive, and it was only after her death that Rosenberg demanded it or its contents. However, according to court documents, Emilie took legal action to retrieve the suitcase upon learning of its existence in 1997 when it was found in the apartment and given to a German newspaper and the German national archives. In that court case, as indicated by Haaretz, the judge said the suitcase and its contents had already been sent to Yad Vashem and could not be found.

“We believe that Schindler’s List is a document of historical importance and its place [is] in the public domain,” said the museum. “Yad Vashem is the legal holder of these documents and has at all times acted openly and publicly.”

The case is similar to other lawsuits currently being processed of museums in possession of artwork that was stolen by Nazi officers during the war. For the past several years, civilians whose ancestors originally owned the stolen work are coming forward, claiming ownership of the pieces. Yet the question remains: Even if Rosenberg is able to prove her claim of ownership, which would require her to show conclusively that the suitcase was left to her, should civilians be in possession of these important historical works?

“My opinion is that the place of such documents is in museums and not in private hands and sold in auctions,” says Colette Avital, the chairwoman of the Center of Organizations of Holocaust Survivors. “Perhaps, a compromise can be reached like in former cases [such as with looted art] that if she can prove that indeed she is the heir, she should be compensated.”

Previously, in 2013, some of Schindler’s documents, including one with his signature sent from his enamelware factory in Poland, sold for $122,000 at auction.