Taking back the Nazis’ plunder 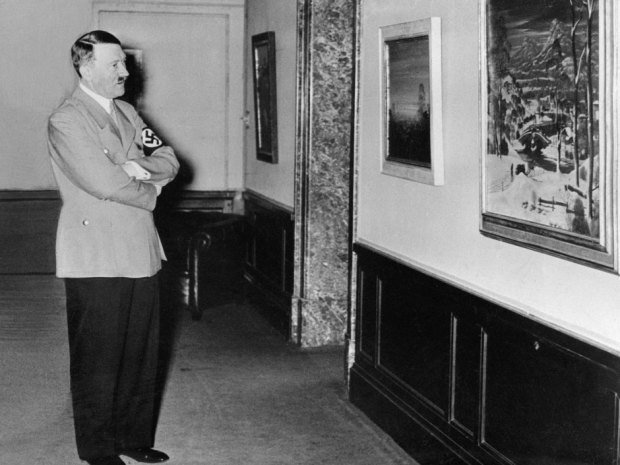 To this day, thousands of works of art, many originally owned by Jews who died in the camps, are turning up across Europe.

Bavarian tax authorities investigating Cornelius Gurlitt’s affairs one day in 2012 were startled by the contents of his Munich apartment, art piled floor to ceiling — 1,280 pieces, when they counted.

Eventually they understood they had blundered on a piece of history: Much of this was art stolen by Nazis, in most cases from Jews. Gurlitt was the son and heir of Hildebrand Gurlitt, a Hamburg art dealer who fenced stolen art. Hildebrand squirrelled away many pieces for himself, and left them to his son.

The grandeur of traditional German culture collapsed into barbarism under Nazi policies, famously in their treatment of art. The squalid cultural legacy of the Nazis is largely forgotten — few even remember that they commissioned anti-Jewish movies — but decades from now the world will still be talking about the way the Hitler government treated painting. The story keeps re-appearing, sometimes in major revelations like the Gurlitt affair.

On one level the Nazis appointed themselves censors who determined which art was suitable for viewing by the New Germans and which was so degraded that it could be used to fire up their nationalist racism in campaigns against “degenerate Jewish art.”

At the same time the Nazis turned themselves into thieves who stole every masterpiece that wasn’t nailed down, sometimes forcing desperate Jews to sell at bargain rates, sometimes just grabbing the stuff. Museums have since been discovering to their embarrassment that they hold art that belonged to people later killed at Auschwitz. Many illegally acquired paintings have never been recovered by rightful heirs. Many more can be expected to appear in future.

A fresh light fell on these crimes this year when Cornelius Gurlitt died, age 81, and left all his art to the Bern Kunstmuseum in Switzerland. More works were found in his home in Salzburg, including a Cezanne painting of Mont Ste.-Victoire, a Paris cityscape by Camille Pissarro, a Monet view of Waterloo Bridge and a highly desirable Gauguin. So the museum received about 1,500 paintings and drawings.

They are being studied and the museum has agreed to accept only art that’s unlikely to have been acquired illegally. For now the art is in the hands of a sub-speciality of art scholarship, “provenance research.” In this niche museum job, scholars typically combine a PhD in art history with the suspect-everything attitude of a good detective. They comb through 80-year-old auction catalogues and the records of dealers, taking special note of transactions between 1933 and 1945.