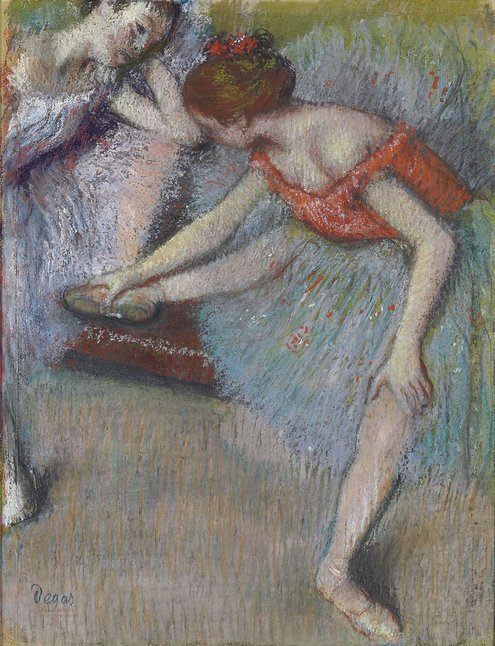 “Danseuses” by Edgar Degas, which was sold in 2009. Credit Christie's

When Christie’s auctioned off Edgar Degas’s “Danseuses” for nearly $11 million in 2009, the catalog noted that the masterpiece was being sold as part of a restitution agreement with the “heirs of Ludwig and Margret Kainer,” German Jews whose vast art collection was seized by the Nazis in the years leading up to World War II.

But now a dozen relatives of the Kainers are stepping forward to object. Not only did they fail to benefit from that sale, they say they were never even told about it, or any other auctions of works once owned by the couple, including pieces by Monet and Renoir.

It turns out that the Kainer “heir” that has for years collected proceeds from these sales and other restitutions, including war reparations from the German government, is not a family member but a foundation created by Swiss bank officials.

In lawsuits filed in New York and Switzerland, the Kainer relatives contend that officers of the bank — now part of the global banking giant UBS — never made a diligent effort to find them, and worse, used the family name to create a “sham” foundation ostensibly organized to support the health and education of Jewish youth but actually formed, they say, to cheat them out of their inheritance.

Both the foundation — named after Norbert Levy, Mrs. Kainer’s father — and UBS have said in court papers that they have done nothing wrong, but declined to comment. The lawsuits come as high-profile disputes over looted art focus attention on how courts and governments have handled assets stolen from Jews by the Nazis. Despite the scrutiny, this case shows just how difficult adjudicating such claims remains. The Kainer family lawsuits, for example, involve the legal systems of four countries and rest on the intentions and actions of people who have been dead for many decades. Like many families who survived the Holocaust, the Kainer descendants were not even aware that their relatives had lost or left behind valuables to which they might have a claim. As experts note, the ability to track family members has made great leaps over the years. This case only came to light when Mondex Corporation, which helps recover looted property, noticed in 2009 that hundreds of works once owned by the Kainers had been listed in an international database of art lost in the war years, and then tracked down their relatives.

Then there is the added drama that the New York lawsuit names UBS as a defendant, striking a sensitive chord. UBS, the result of a 1998 merger between Swiss Bank Corporation and the Union Bank of Switzerland, was one of several Swiss banks accused of trying to block attempts by Jewish war survivors and heirs to reclaim assets deposited in what they had thought were safe havens. 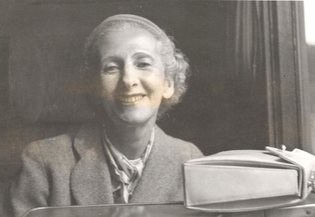 The Kainer family’s dealings with Swiss banks stretches back to the period before Hitler grabbed power. Margret Kainer and her father relied on the Swiss Bank Corporation to manage their fortunes. Before his death in 1928, Mr. Levy, a Berlin metals dealer, set up a foundation to benefit his only daughter. He trusted the Swiss bank so much that in the foundation’s bylaws he required a bank director to be one of its two trustees.

When the Nazis seized control in Germany a few years later, Margret and her husband, Ludwig, a well-known artist and illustrator who designed sets for Serge Diaghilev’s Ballets Russes, fled to France.

The Germans ended up confiscating much of the Kainers’ extensive holdings, which included real estate, securities, bank accounts and a world-class art collection that contained works by Goya, Ingres and Renoir as well as Chinese ceramics and ancient Egyptian sculptures, according to court papers.

Out of the Nazis reach, however, was the Norbert Levy Foundation, based in Switzerland. The foundation provided regular payments to the couple: 800 Swiss francs a month (about $2,800) until the money ran out in 1944, court papers say.

Most of Margret’s relatives were not as lucky. At least four were killed in the Holocaust, said Max Corden, a great-nephew of Norbert Levy, now 87, who is a party to the lawsuit.

After the war, the Kainers, who had briefly sought refuge in Switzerland, moved back to Paris where Mr. Kainer died in 1967, followed by Mrs. Kainer in 1968. Since they were childless, the rightful heirs, the lawsuits contend, are the 12 children and grandchildren of Mrs. Kainer’s cousins. The foundation, they say, was legally terminated with Mrs. Kainer’s death.

What happened next is at the crux of the legal dispute. Did bank officials make a good-faith effort to track down family heirs after the couple died?

The Kainer relatives say no. They charge in court papers that even a cursory search would have turned up the names of relatives who had contacted the bank in 1947 and 1950 to ask about arranging for help from the foundation. A diligent effort, they say, would also have included contacting the International Tracing Service of the Swiss-based Red Cross, which was created specifically to find missing and displaced people. Family members, the court papers say, were listed with the service.

What bank officials did do was post a notice seeking heirs for three months of 1969 in a local governmental journal published by the Swiss state of Vaud, where the Kainers maintained a legal address.

Experts acknowledge that in those days, few institutions initiated the kind of full-bore efforts to find heirs that are considered standard now.

“There were different expectations of what was required,” said Anna Rubin, the director of New York State’s Holocaust Claims Processing Office. She noted that genealogical research was less advanced, and that digital databases did not exist.

Still, experts said a basic search would have included contacting the Red Cross. A more thorough attempt, they say, would have involved Jewish organizations and a registration office in Germany, where Margret Kainer was born. 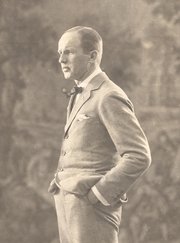 The question of who qualified as an heir languished until 1970, when West Germany, as part of a postwar settlement, finally agreed to pay the family a lump sum as restitution (the exact amount is unclear). But the money would be forfeited if there were no legal heirs.

Since the bank had not located any family members, Dr. Albert Genner, a Swiss Bank Corporation director who had personally known Norbert Levy, came up with a plan to revive the foundation in order to get the payout. In a memo dated Dec. 21, 1970, and stamped “Private,” Dr. Genner advocated resurrecting the foundation to function as the Kainers’ legal successor, so that “a claim could be constructed.” The foundation’s purpose, Dr. Genner wrote, would be to help educate children, preferably “of Jewish heritage from prewar Germany,” who “for health reasons” needed to attend school in Vaud’s favorable climate.

What no one understood at the time was just how valuable the Kainer estate really was. Over the last decade and a half, millions of dollars in misplaced assets and recovered art have surfaced. The biggest bonanza came after Swiss officials discovered a lost portfolio worth more than $19 million, according to public records in Switzerland. Swiss officials said they, too, were unable to find Kainer descendants despite multiple searches and claimed the windfall. After the Norbert foundation objected, they ultimately negotiated a settlement in 2005 under which the foundation received $5.6 million. (The Kainer family is suing the municipalities of Vaud and Pulley in Switzerland to recover the rest.)

In recent years, the foundation has collected at least $11 million, including $1.8 million from the 2009 “Danseuses” settlement and proceeds from the sale of at least three other stolen works by Monet and Renoir. (Hundreds of other Kainer collection paintings are still unaccounted for.)

Given those assets, the question of how much has been spent by the foundation on Jewish students remains unclear.

Tracking the activities of a foundation in Switzerland can be difficult, because, unlike the situation in the United States, financial information is not necessarily open to the public. Lawyers for the foundation and its president, Edgar Kircher, declined to discuss its finances or comment on the accusations.

But the minutes of nine annual board meetings held between 1990 and 2008, and gathered by Moneyhouse, a Swiss data and information service, give some sense of the organization’s reported finances.

For example, in 2008, the last year for which minutes are available, the board reported that it planned to award $8,570, divided among three students. That year, the board also discussed removing the foundation’s investments from UBS’s management because of poor performance.

“I haven’t found any evidence that they’ve given any significant money to anybody,” said James Palmer, the president of Mondex. There is, however, no evidence that the board members have taken anything but minor reimbursements for their services.

The board has been controlled since its creation in 1971 by current and former bank officials or their spouses. For the past 25 years, Mr. Kircher, an executive with UBS, has been its president or served on its board. Since 1992, the foundation has been run out of his home.

Lawyers for UBS said in court papers that the company has no relationship with the foundation and is merely a bystander in this case. Margaret Stinson, a spokeswoman for UBS, declined to comment further.

In court papers, the foundation has maintained that, under the terms of Norbert Levy’s will, it has a legal right to the assets it collected.

Mrs. Kainer’s cousin, Mr. Corden, a retired economist, scoffed at such suggestions. In an email, he said he was “outraged” by the conduct of Swiss bank officials and the foundation. He said he is not looking to profit personally from the lawsuit, as he and his family no longer are in need.