Christie's auction house today announced the upcoming November 5 evening Impressionist and Modern auction of Town on the Blue River (1910) an extremely rare watercolor landscape by the Austrian artist Egon Schiele (1890-1918). The auction is the result of the successful resolution of a restitution settlement agreement with the estate of Fritz Grünbaum, a Viennese Jewish cabaret performer in (1880-1941) who died in the Dachau Concentration Camp. 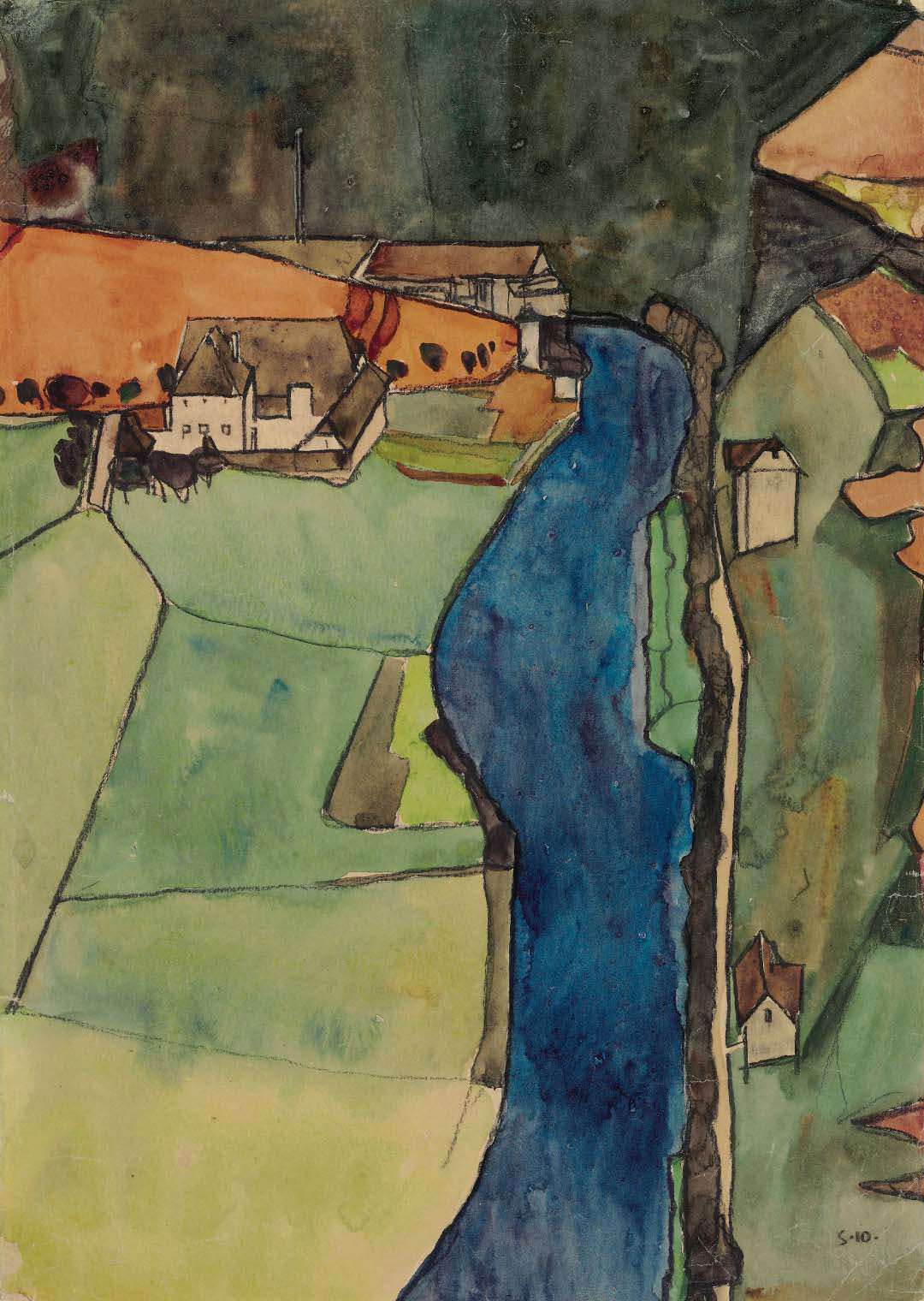 In 1998, the plight of Fritz Grunbaum and his death in Dachau gained international headlines when District Attorney Robert Morgenthau seized Dead City III from the Museum of Modern Art in New York City. Dead City III, together with 80 other artworks by Egon Schiele were in Grünbaum's apartment in Vienna when the Gestapo arrested him on March 22, 1938 and deported him to Dachau, where he was murdered. Although the MoMA was compelled to return Dead City III to Austria because its exhibition at MoMA in New York was immunized from seizure by treaty, the seizure garnered international headlines and led to the Washington Conference on Holocaust-Era Assets in 1998 and to an international movement in favor of returning Nazi-looted artwork to Holocaust victims and their survivors.

Recent films such as George Clooney's Monuments Men and The Rape of Europa based on Allied efforts during World War II to recover artworks stolen by the Nazi regime have rekindled interest in recovering artworks belong to Jewish families.

Attorney Raymond J. Dowd of Dunnington, Bartholow & Miller LLP www.dunnington.com in New York City stated: "On behalf of the Grunbaum heirs, I thank the Estate of Ilona Gerstel and Christie's for their cooperation in resolving the Holocaust restitution claim to Stadt am blauen Fluss (Krumau) by Egon Schiele. The Grunbaum heirs and I are very pleased to completely support the sale of this important work at the Impressionist and Modem Evening Sale on November 5, 2014 in New York. We also want to acknowledge and thank the late Ilona Gerstel for her generosity in designating several important Holocaust-related charities as beneficiaries of her Estate."