This is a dramatisation of real events

The “Raiders of the Lost Art” series, now on DVD, brings some of biggest stories in art history to life 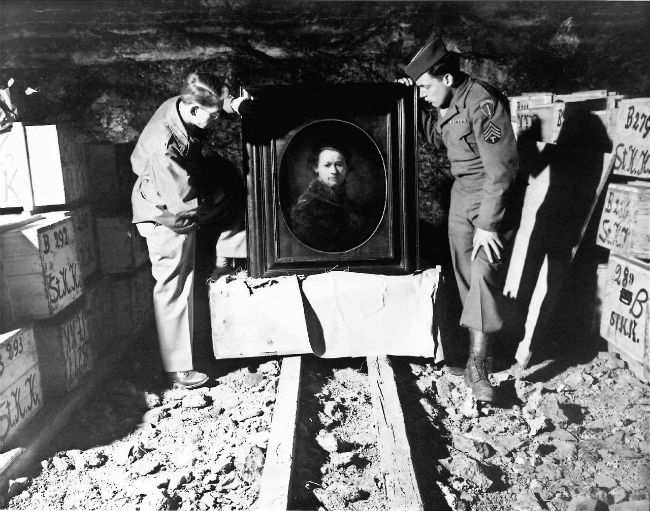 Among the tales told in the documentary series is the true story of the so-called Monuments Men, who rescued art stolen and stored by the Nazis

The veteran US new anchor Walter Cronkite famously hosted a long-running TV show called “You Were There”, whereby events from history were re-enacted as if being reported by the news teams of the day. “Raiders of the Lost Art”, a recently broadcast documentary series on the UK’s Yesterday channel and on Ovation in the US, and now just released on DVD, captures some of the spirit of that for the art world. It includes dramatised reconstructions of some of the biggest events in art history, surrounded by carefully scripted investigations and scholarly talking heads, and all with just a breathy touch of hyperbole—not that any of the stories featured in the six episodes needed any extra drama.

While we’re all pretty familiar with the format of the dramatised documentary by now, it’s nonetheless startling to watch a recent event such as the discovery of Cornelius Gurlitt’s Nazi-looted horde from the viewpoint of the reclusive Munich son of Hitler’s art “purchaser”. The other tales in the series feature the hunt for Fabergé eggs that disappeared during the turmoil of the 1917 revolution; the role of Van Gogh’s sister-in-law Johanna in bringing the artist out of obscurity; the true story of the so-called Monuments Men, who rescued art stolen and stored by the Nazis, and that was recently so ineffectually dramatised by George Clooney; the 1911 theft of the Mona Lisa from the Louvre and how Picasso was a suspect; and the 200-year-long search for lost Vermeers.

Among the commentators are The Art Newspaper’s correspondent Martin Bailey and contributor Charles Darwent along with a long list of eminent curators and art historians including Martin Kemp, Marina Wallace and Christopher Riopelle. Little unfolding here will be unfamiliar to readers of this paper, but these are lively enough shows that artfully manage the balance between populist and smart. Broadcasts are expected soon in Australia, New Zealand, France, Italy and Denmark.