As we reported last week, the U.S. District Court dismissed claims against the Fred Jones, Jr. Museum of Art, the University of Oklahoma, and associated Oklahoma defendants, over title to the Camille Pissarro painting La bergère rentrent des moutons (a case in which I represented the David Findlay Jr. Gallery). 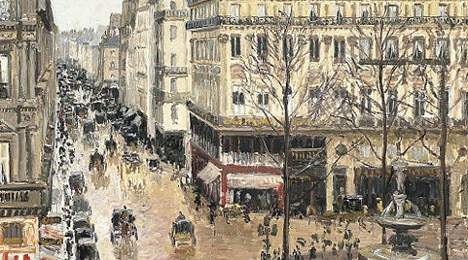 The dismissal was entirely jurisdictional—the court ruled that the Oklahoma defendants could not be sued in New York courts by Leone Meyer over her claims that the painting was stolen under Nazi occupation in Vichy—but it also demanded that the plaintiff justify her claims against the American Alliance of Museums (AAM) and Association of Art Musuem Directors.  Those claims were premised on the theory that in allegedly failing to enforce their guidelines on Nazi-looted art, the associations had breached a contract of which Meyer was the intended beneficiary.  The Court’s opinion last week expressed a skeptical view about the future of those claims, but made no decisions.

Yesterday, Meyer dismissed the remaining case against the AAM and AAMD.  That dismissal is “without prejudice,” which means like the claims against the Oklahoma defendants, she could theoretically bring them again.  That seems unlikely at this point, however.

Now attention will turn to whether there are further proceedings in Oklahoma, whether legislative or judicial.