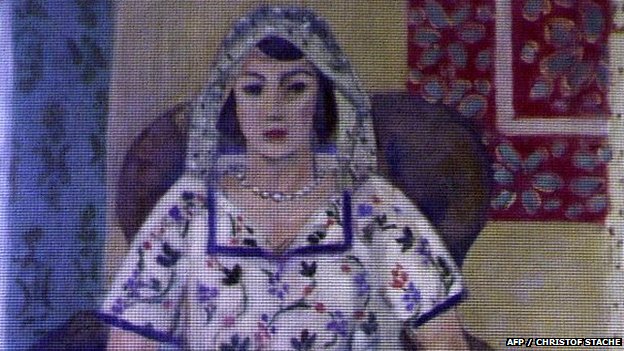 Prosecutors in Germany are to release 1,280 works of art confiscated two years ago from the Munich apartment of collector Cornelius Gurlitt.

Mr Gurlitt's father bought and sold art under the Nazis, including works looted from Jewish homes and works bought from Jewish owners under duress.

The collector's lawyers accept a small portion of the works may be disputed.

But the great bulk of the trove, they say, is the collector's for him to do with as he wishes.

Mr Gurlitt has been recovering from heart surgery and it is not known how he has reacted to the decision.

The immediate likelihood is that the paintings, some by Matisse, Picasso and other masters, will remain in a secure warehouse in Bavaria while legal disputes continue but the prosecutors' decision implies he has a right to them.

A smaller number of works found at a property of Mr Gurlitt's in Austria are not affected by the German decision.

Wednesday's decision came shortly after the collector agreed to co-operate with the authorities to determine which of the paintings had been stolen by the Nazis and to enable their return.

Augsburg prosecutor Matthias Nickolai said in a statement that the works had been formally released after prosecutors re-evaluated the legal situation. Prosecutors, he said, had been "absolutely convinced" at the time of the seizure that it was legally correct.

Mr Gurlitt's lawyer, Tido Park, said his "rehabilitation [would] be further strengthened" by Wednesday's decision. "So this is a good day for Cornelius Gurlitt," he added.

The collector's lawyers have agreed with the German authorities to return any works proven to be looted to their rightful owners but they believe that to be only 3% of the trove, and it will not be easy for claimants to get them back. There is a one-year deadline on proving ownership. 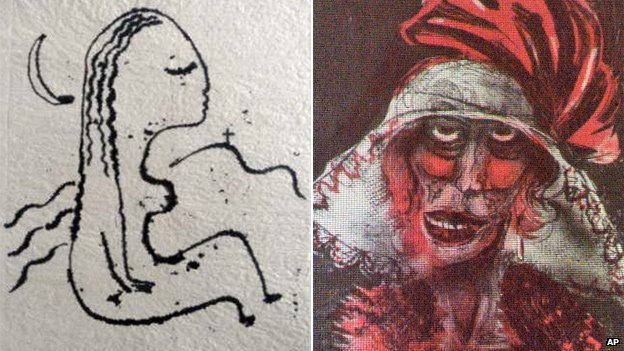 Mr Gurlitt kept the works in darkened rooms, occasionally selling one when he needed money

The lawyers say that just over 300 of the works are without doubt Mr Gurlitt's because his father acquired them before the Nazis were in power.

Only six paintings are so far being claimed by other people. In the case of one of those paintings - a Matisse - the lawyers say there are now two competing claims.

Negotiations between Mr Gurlitt's lawyers and claimants have been tough. According to the German Sud-Deutsche Zeitung daily, one claimant replied to an offer to sell back a looted painting in blunt, Anglo-Saxon words of one syllable.

There has been outrage among Jewish groups, who say that the authorities in Germany have made it very difficult for people to get their rightful property back.

The prosecutors were heavily criticised for not publicising the fact that they had found the trove of pictures. It only emerged in the press a year later.

How, Jewish groups argued, could someone claim an artwork if the authorities kept its existence secret?

At the end of it all, it seems likely that Mr Gurlitt will keep all but a small part of the collection built up by his father.

Will he be able to enjoy the works? Technically, yes, but those who have contact with him say he is confused. He was a recluse even before his world was shattered by the raid on his flat - and his mind and body are presumably even more disorientated now.

Meanwhile, the row over the way the German authorities have dealt with the case grows louder.