OU To Respond To Legislative Inquiry Into Nazi Looted Painting

A representative of the University of Oklahoma is scheduled to appear before a state House panel concerning a painting that a French family says was looted by the Nazis during World War II and is part of a campus art exhibit. 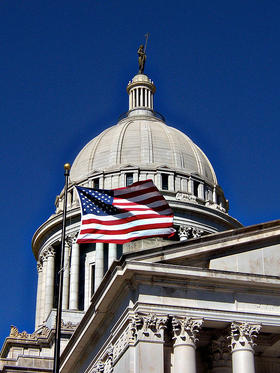 Lawmakers will discuss a lawsuit surrounding the 1886 oil painting by Camille Pissarro, entitled "Shepherdess Bringing in Sheep," at Wednesday's meeting of the House Government Modernization and Accountability Committee.

The painting once belonged to a French Jew but fell into Nazi hands as Germany overran Europe. The school maintains it is the painting's rightful owner, citing a Swiss court decision from 1953.

The family demands the return of the painting in a lawsuit filed against the university in federal court in New York by Leone Meyer, a Holocaust survivor.