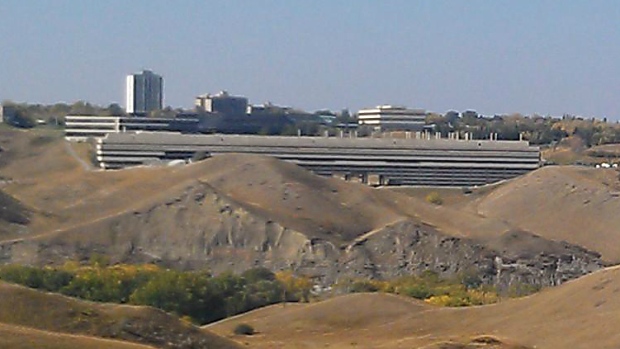 The University of Lethbridge is taking part in a national project to make sure none of its artwork was ever stolen by the Nazis before arriving in its collection. (CBC)

The University of Lethbridge is trying to make sure none of its artwork was ever stolen by the Nazis before arriving in its collection.

The school’s art gallery is taking part in a national program aimed at finding any art that was stolen by Hitler’s regime, and if so reuniting it with its rightful owners.

Experts will examine every detail of a painting for clues, said Josephine Mills, who is director and curator of the university’s art gallery as well as chair of the Canadian Art Museum Directors’ Organization (CAMDO), which is spearheading the project.

“Obviously, during the Second World War there were works that were seized, forced sales, or else people just had to sell their assets as they were fleeing for their lives,” she said.

“It is literally the detective with the magnifying glass because you actually pull out a magnifying glass and take the painting out of its frame,” she said. “It might have a paper or board backing behind the canvas. You might find more information in there, more clues.”

Mills said the U of L art gallery has at least four paintings that have gaps in their history — or provenance — during the 1930s.

Some recent changes could help researchers. More insurance records have become public and European museums have been digitizing their archives, which makes them easier to search, Mills said.

Attitudes have changed too, she said.

“For example the University of Lethbridge Art Gallery, and pretty much all the Canadian galleries, our acquisitions policies, policies around acquiring new works, we now would not acquire a work with a provenance gap,” she said.

“I think in the past you’d be excited to be getting this European work. You’d be happy, and then, you know, you’d want to look into it, but basically you’d be more excited about getting the work.”

The National Gallery and the Musée des Beaux Arts Montreal have both had success with reuniting major significant works, she said.