It is no surprise that New York's Court of Appeals decided last week that a "spoils of war" legal theory could not be upheld. That state's highest court ruled that pillaging during World War II does not invest a possessor of stolen cultural heritage with title.

In the case of In the Matter of Riven Flamenbaum, Flamenbaum's attorney offered astonishing oral arguments to the Court of Appeals affirming the right of pillage, justifying the legal right of Soviet soldiers to steal Nazi looted art, and conceding that the client may have been a thief.

The case involved the Vorderasiatisches Museum in Berlin, which sought recovery of a 3,000 year old Assyrian gold tablet found by German archaeologists from the Ishtar temple in Ashur, Iraq and excavated before World War I. The tablet had been in the museum's collection since 1926 but went missing in 1945. The museum remained closed during World War II, placing the Ashur objects in storage. The tablet later appeared in the collection of Riven Flamenbaum in New York in 2003 when it was discovered in his estate following his death.

The museum argued that Flamenbaum never could have acquired title to the tablet. Flamenbaum's estate, meanwhile, contended that the museum was time-barred from petitioning the court for return of the object because the museum took no action to find the tablet until decades later. 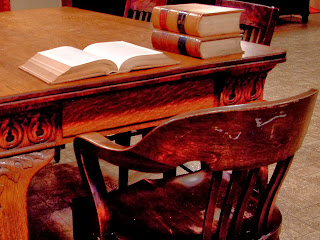 In its opinion issued November 14, the state appeals court held, "The 'spoils of war' theory proffered by the Estate—that the Russian government, when it invaded Germany, gained title to the Museum's property as a spoil of war, and then transferred that title to the decedent—is rejected."

The court noted that there was no proof the Russian government ever had possession of the tablet. But the justices pointedly added, "Even if there were such proof, we decline to adopt any doctrine that would establish good title based upon the looting and removal of cultural objects during wartime by a conquering military force."

In reaching its decision, the justices noted that  it was the official policy of the United States during World War II to forbid pillaging of cultural artifacts."

The Court of Appeals expressed some concern during oral argument about the museum's action, or lack thereof, to locate the tablet. But the court concluded in its decision:


While the Museum could have taken steps to locate the tablet, such as reporting it to the authorities or listing it on a stolen art registry, the Museum explained that it did not do so for many other missing items, as it would have been difficult to report each individual object that was missing after the war. Furthermore, the Estate provided no proof to support its claim that, had the Museum taken such steps, the Museum would have discovered, prior to the decedent's death, that he was in possession of the tablet.
...
While the Estate argued that it had suffered prejudice due to the Museum's inaction, there is evidence that at least one family member (decedent's son) was aware that the tablet belonged to the Museum. And, although the decedent's testimony may have shed light on how he came into possession of the tablet, we can perceive of no scenario whereby the decedent could have shown that he held title to this antiquity.

The Archaeological Institute of America, Lawyers' Committee for Cultural Heritage Preservation, U.S. Committee of the Blue Shield, and others joined together to file an amicus brief. They argued that "looting and illegal removal of cultural objects during wartime by a conquering or occupying military force or by individuals is anything other than outright theft [which] is contrary to United States' domestic law and to international law—international principles which the United States has played a leading role in developing."