Tobias Natter, the director of the Leopold Museum in Vienna, quit his post to protest ties between museum board members and a new foundation set up to manage a Nazi-era film director’s collection of Gustav Klimt artworks.

Gustav Ucicky (1899-1961) was a director of Nazi propaganda films and the son of Klimt and his lover Maria Ucicka, according to the Klimt Foundation, established in September. Board members include Peter Weinhaeupl, the business director of the Leopold Museum, his partner Sandra Tretter, his brother and the lawyer Andreas Noedl, also on the board of the Leopold Museum. 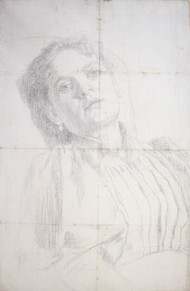 Gustav Klimt's 1907 painting `Freundinnen 1 (Die Schwestern)' (Friends 1 (The Sisters)) is among the works held by a new private foundation set up by the widow of Gustav Ucicky, a son of Klimt and a Nazi-era film-maker. Tobias Natter, the director of the Leopold Museum, quit his post to protest ties between the museum and the new foundation. Source: Gustav Klimt Wien 1900 Foundation via Bloomberg

“I see this as a huge problem for the museum,” Natter said by telephone from Vienna. “Ucicky collected in the Nazi era. The shadow of looted art has hung so heavily over the Leopold in the past years. Why do we have to get into bed with these people? It is incompatible and a conflict of interests in so many different ways.”

The Gustav Klimt Wien 1900 foundation owns four Klimt oil paintings, 10 drawings and other documents and photographs. The total estimated value of its holdings is 200 million euros ($275 million), according to Natter. On his death in 1961, Ucicky bequeathed the collection of his father’s work that he had built up during his lifetime to his wife, Ursula, who is now 93 and agreed to set up the new foundation.

“This is a very difficult situation for us,” Klaus Pokorny, the Leopold Museum’s spokesman, said of Natter’s resignation by telephone from Vienna. He said he expects the museum to appoint an interim director from among its board members at a meeting on Nov. 4.

Ucicky made the 1941 anti-Polish Nazi propaganda movie “Heimkehr” (Return Home), which Austrian TV channel ORF called “one of the most horrible creations of the Nazi film world.”

The Klimt Foundation said its current holdings are unburdened by restitution claims from the heirs of Nazi victims with the exception of one -- “Portrait of Gertrud Loew,” which is undergoing provenance research in agreement with the heirs of the Felsovany family.

Other works lost by Jewish collectors due to Nazi persecution and purchased by Ucicky have been restored to the original owners, the foundation said in its first statement.

The Leopold Museum paid $19 million to the heirs of the Jewish art dealer Lea Bondi Jaray in 2010 to settle a decades-long dispute over Egon Schiele’s portrait of his lover Wally. It has faced many other restitution claims.

Natter said he and Leopold Museum board members only learned about the Klimt Foundation when it was announced in the media.

“We should have at least had a discussion about it before,” he said.

The decision by the board to accept the situation after the announcement meant that Natter, who is an employee of the museum and not a board member, “had to draw the consequences for myself and leave the museum,” he said.