ONE of Britain’s most est­eemed art collections is at the centre of an extraordinary legal wrangle with the heirs of a Jewish philanthropist whose multi-million pound treasure trove of artefacts was plundered by the Third Reich, Scotland on Sunday can reveal. 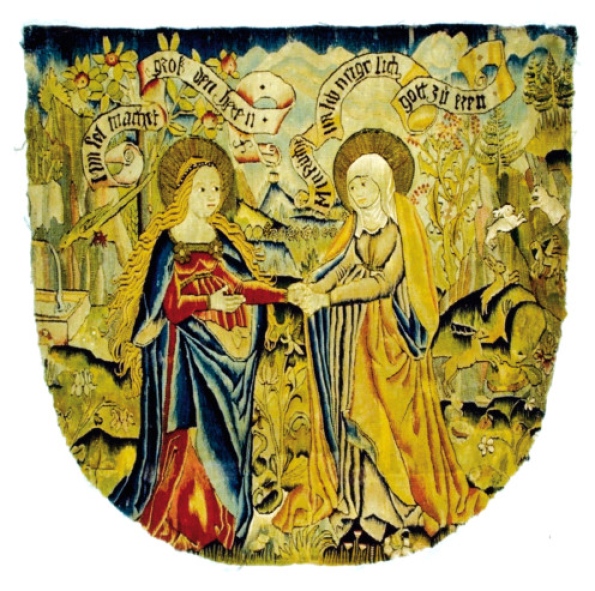 The Burrell Collection has been served with a formal “spoliation” claim from lawyers acting on behalf of relatives of Emma Budge over a rare tapestry which has formed part of the ­Glasgow institution’s inventory for more than seven decades.

In a potentially embarrassing case for Scotland’s largest local authority, the descendants of the German-American collector claim the 16th century Swiss artefact was sold off as part of a forced auction in the late 1930s.

The German lawyer working for the heirs said it was “very important” to return the work, adding that museums should not have such “stigmatised” items in their collections.

It comes seven years after Glasgow City Council made an ex-gratia payment to two Jewish families over a Jean-Simon Chardin painting in the Burrell Collection which had been sold 70 years previously to meet a wrongful Nazi tax demand.

If upheld, the latest claim will prompt questions over whether the local authority, which owns the museum, and Glasgow Life, the arms-length organisation which manages it, carried out a sufficiently thorough review of the provenance of the collection in the aftermath of the Chardin controversy.

Lothar Fremy, a specialist in restitution law at the Berlin-based Rosbach Fremy, is acting for the anonymous heirs. He told Scotland on Sunday the tapestry – entitled The Visitation – did not belong in the museum, and that he was hopeful of a resolution being reached soon.

He said: “It’s very important to return these artworks. For the museums, they should not have these stigmatised items in their collections.

“The collection was auctioned off under duress. Emma Budge’s heirs had to start new lives so they really didn’t think very much about this collection. This only came up after the Washington Conference Principles [a 1998 agreement among scores of nations to resolve issues relating to Nazi-confiscated art] were brought out.”

Glasgow Life is seeking specialist advice after being served with the claim via the Spoliation Advisory Panel, an expert group set up by the Department for Culture, Media, and Sport to scrutinise the claims of heirs who lost possession of cultural rarities during the Nazi era. It is understood, however, that if the panel finds in the heirs’ favour, it may seek to offer them payment.

The Budge Collection, comprising around 1,500 paintings, tapestries and prized porcelain, was sold under duress in one of the largest forced auctions of the Nazi era. The sale took place in 1937 in a so-called “Jew auction” at Paul Graupe, a leading Berlin sales house which also sold the Chardin painting. Although some works from the Budge Collection have been recovered, the whereabouts of the vast majority remain unknown.

The tapestry first belonged to an unnamed private collection in Frankfurt, and was later acquired by the Budge Collection in Hamburg. Sir William Burrell then took ownership of it on or before 8 August, 1938 from art collector John Hunt, who provided the shipping magnate with numerous prized items. It is not known when or how Hunt acquired the work.

The antiquarian and collector, along with his German-born wife Gertrude, has been the subject of numerous allegations linking him with notorious dealers in Nazi-looted art, including Adolf Mahr, an Austrian who headed the Nazi Party in wartime Ireland.

An expert group appointed by the Royal Irish Academy ruled in 2006 that an investigation into Hunt was “justified both by its lack of provenance records and by the discovery of the Hunts’ relationship with a dealer who is known to have trafficked in confiscated art”. Although the group decided there was no definitive evidence linking Hunt with Nazi dealers, the allegations surrounding the tapestry are likely to reignite the debate.

Anne Webber, co-chair of the Commission for Looted Art in Europe, said: “One of the issues this case raises is how many looted works remain undiscovered in British collections, waiting to be reunited with their rightful owners?

“It also raises the question of whether British museums should be more pro-active in seeking out the rightful owners of works they believe may be looted.”

A spokesman for Glasgow Life, said: “We are offering every assistance to the Department for Culture, Media and Sport’s Spoliation Advisory Panel.

“However, while the inquiry is ongoing, it would be inappropriate to comment before evidence is presented.”

In a statement, Glasgow City Council said: “As with all such requests, if the claim is valid, the council will comply with the relevant law.”