The Cleveland Museum of Art has hired its very first art-historical private eye.

Victoria Sears Goldman, a researcher at a New York law firm who recently completed a doctorate in art history at Princeton University, will join the museum for six months starting March 4 as a full-time provenance researcher.

Her job: to expand the museum’s knowledge of the ownership histories of works in its permanent collection and to enable the museum to share that information with the public, particularly through its website. 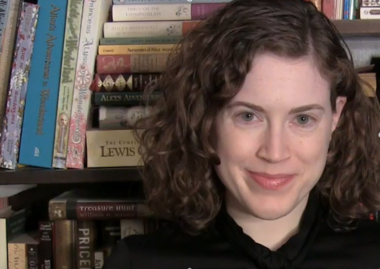 “It’s exciting for us,” said museum director David Franklin, who said that provenance research — and transparency — are high priorities for him. “This is a first, giant step.”

Ownership history is a hot topic in the art world, because descendants of Jewish collectors and art dealers whose property was confiscated, looted, stolen or sold under duress during the Nazi era have come forward in recent years to press ownership claims. The museum's website lists more than 300 objects with gaps in their ownership history between 1933 and 1945.

The museum's website states that despite those gaps, it does not believe that any of the listed works have "serious provenance problems." At the same time, the museum says the list includes works known to have been confiscated by the Nazis, and that 20 of these works were restituted to their former owners, although they still remain on the museum's online list.

In recent years, Italy, Greece and Turkey have also pressed claims for the return of antiquities looted from their soil that ended up in American museums.

In 2009, the Cleveland museum returned 13 antiquities to Italy after the country proved to the museum’s satisfaction that the objects were looted, handled by traffickers and given fake ownership histories before the museum bought them in good faith.

The museum also returned a 14th object that was stolen from a church in Tuscany.

Franklin said other researchers in the future may be brought in to examine antiquities.

The director is paying for Goldman’s appointment out of a special $2.5 million fund donated to the museum in 2011 by longtime supporters Sandy and Sally Cutler.

The gift provides the museum director with roughly $125,000 a year to spend on projects at his sole discretion, without approval from the museum’s board of trustees.

Franklin’s appointment of Goldman marks his first use of the Cutler fund — and his belief in the importance of provenance research at a time when the public is insisting on greater transparency from museums.

“I think it’s something we hadn’t done anything about,” Franklin said.

In the past, Cleveland museum curators have researched the ownership history of certain objects extensively.

It’s widely known, for example, that the museum bought at auction in 1930 a famous hoard of medieval religious objects, known as the Guelph Treasure. The items were offered for sale by Duke Ernst August II, a down-at-the-heels aristocrat, who liquidated his inheritance after World War I to maintain an expensive lifestyle.

Such stories are sprinkled through catalogs that focus on particular collections within the museum and in copies of the museum’s long-discontinued monthly Bulletin, which is available in the museum’s library.

When provenance information does appear in catalogs, it is often written in the terse style of a bibliographic reference, not that of a readily understandable essay. And only a small portion of the collection is cataloged.

For a vast number of the 40,000 objects in its collection, scant information about provenance is available to the general public, although it does exist in “object files” the museum keeps on individual works.

Franklin said he isn’t worried about whether the museum’s title to certain objects might be clouded.

He also said the museum won’t necessarily share everything it knows about particular objects; some information will remain confidential. But his goal is to share much more than the museum has in the past, as a way to increase appreciation and understanding of the collection.

“This is an appropriate statement to make,” he said. “I think it’s the best practice, and it’s something we need to do.”