A stunning collection of Renaissance silverware worth tens of millions of pounds has been bequeathed to Oxford University's Ashmolean Museum. 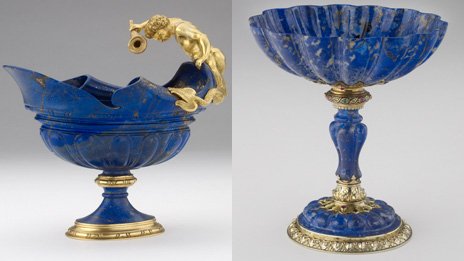 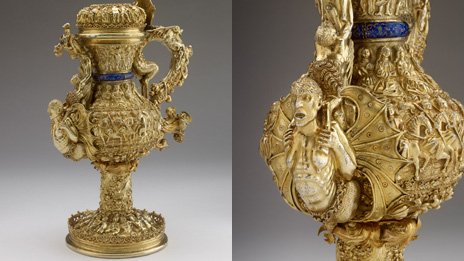 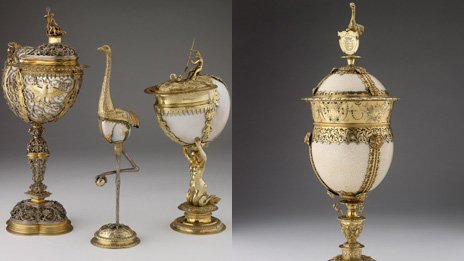 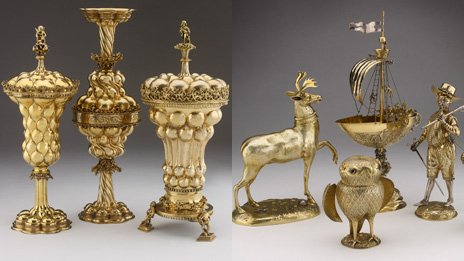 The haul of nearly 500 items, "the most important gift of its type to a British museum for over a century", was donated by the late collector Michael Wellby.

A selection of the objects will go on temporary display from next month.

They will be housed in the museum's West Meets East gallery before the entire collection is showcased in a permanent gallery.

Professor Tim Wilson, keeper of the department of western art, said: "The Ashmolean is extremely grateful to Michael and his family.

"This is the most important accession of objects of this sort to any UK museum since the bequest of objects from Waddesdon Manor by Ferdinand Rothschild to the British Museum in 1898."

Much of the collection was assembled in the 1940s from German sources, and Professor Wilson conceded some of the pieces may later transpire to have been looted by the Nazis.

He told the BBC's Arts and Culture Correspondent, David Sillito: "Michael was never terribly forthcoming about where things have come from so there's quite a lot of research about that to be done.

"It is perfectly true that these are the kinds of objects which Jewish collectors had in quantity. It is not impossible that one or two of these objects may, as research goes on, prove to have come from collections which were the subject of spoliation during the Nazi period.

"The British Government has a very honourable system of dealing with claims from affected families. The museum is fully signed up to that."

However, an Ashmolean spokesman added: "There is no reason to suppose Mr Wellby ever knowingly acquired any object that he knew or had reason to believe to have been looted from or sold under duress by a Jewish family in the period of Nazi rule".

Wellby, who died last year, was a renowned Mayfair dealer, specialising in German silver of the 16th and 17th Centuries. He sold many of the pieces he acquired through the family business but held on to some of the more exceptional items for his personal collection.

One of the most significant pieces is a silver gilt ewer, or pitcher, made in Portugal around 1510-15, which is enamelled with the Royal Arms of Portugal.