The works were originally owned by Bruno Cassirer, a refugee from Nazi Germany 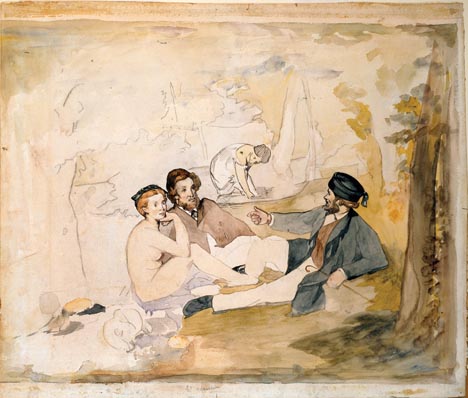 OXFORD: A Degas pastel, which attracted much attention at Christie’s in London on 9 February where it sold for £5.4m, was actually part of a secret collection of impressionist pictures in Oxford. Originally owned by Bruno Cassirer, a refugee from Nazi Germany, the collection passed to his daughters, who never publicised the works. The first listing of the Cassirer collection is published in our March print edition.

There was bitter disappointment that the Ashmolean Museum in Oxford failed to acquire Two Dancers in Yellow, 1896, last month, despite its close links with the Cassirers. The Degas had been on loan to the museum since 1983, but it had never been exhibited. The expectation was that the pastel would eventually come to the Ashmolean under an acceptance in lieu (AIL) tax arrangement or that the museum would be offered the time to raise the money.

However, the Ashmolean was only given a short warning before the Christie’s sale. This gave the museum little chance to raise the necessary sum (around £3.5m, with tax advantages) for a pre-auction purchase. The museum applied for a £2.4m grant from the National Heritage Memorial Fund, but this was rejected a week before the auction. The fund’s annual grant will fall to £5m a year in April, and chief executive Carole Souter described the rejection as a “terribly tough decision”.

The Degas was one of the last works remaining with the descendants of Bruno Cassirer. Born in 1872, he had gone into partnership with his cousin Paul Cassirer to open a gallery in Berlin in 1898. They parted three years later. Paul went on to become the greatest early-20th-century dealer in impressionism, with Bruno setting up as a publisher.

Bruno Cassirer, who was Jewish, was forced to leave Nazi Germany and came to London in 1938, moving to Oxford two years later. He managed to bring most of his pictures with him, although some were left behind and were seized by the Nazis. These included Lovis Corinth’s Portrait of Sophie Cassirer, 1906, depicting his young daughter. This portrait was restituted in the early 1960s and was bought by the Philadelphia Museum of Art in 1975.

Just before Cassirer fled Berlin, he asked a friend to paint copies of some of his watercolours, which he left behind in his house to disguise the fact he was exporting the originals. These included a copy of Cézanne’s Still-life of Peaches and Figs. This copy, assumed to be the original, was seized by the Nazis and later sold in Lucerne. The new owner subsequently lent it as a Cézanne to six exhibitions between 1955 and 1963. It was only after the Oxford original emerged that it was revealed to be a copy.

When Cassirer brought his paintings to England in 1938, they represented the most important collection of impressionism taken to Britain by a Jewish refugee from Nazi Germany. Cassirer died in 1941 and after his wife Else died two years later, the pictures passed to their two daughters, Sophie and Agnes.

Gradually the collection was dispersed, with Monet’s Bathers at La Grenouillère and Cézanne’s Landscape with Poplars being bequeathed to the National Gallery in 1979 by Sophie and her husband Richard Walzer. The following year six works by Cézanne and Manet went to the Ashmolean by AIL. These included Cézanne’s Landscape near Auvers-sur-Oise which was stolen from the Ashmolean in 2000.

Agnes, who married George Hill, kept the remaining pictures. The most important was Cézanne’s Still-life with Fruits and Ginger Pot, which they sold for £12.1m in 2000. The Hill descendants also sold the Degas pastel. They now plan to offer Manet’s Seated Young Woman, on loan to the Ashmolean.