Medieval book looted during war to go back to Italy

A 12th century manuscript will be returned to Italy from the British Library thanks to a new law governing artwork looted during the Nazi era. 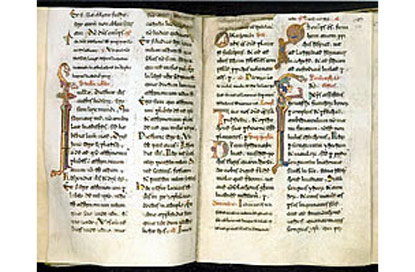 The Beneventan Missal, which is thought to have been stolen from Benevento's Metropolitan Chapter during the Allied bombing of Italy in 1943, will be given back to the city of Benevento, culture minister Ed Vaizey said today.

The manuscript is the first item to be returned under the Holocaust (Return of Cultural Objects) Act 2009, which was passed to get around law preventing some museums and galleries in Britain from letting works leave their collections. The legislation makes an exception in the case of looted works.

The missal was bought by a British soldier, Captain DG Ash, from a second-hand bookseller in Naples in 1944, acquired at auction for the British Museum in 1947 and later transferred to the British Library.

Lynne Brindley, chief executive of the British Library, said she was in discussions to return the work. It is understood scholars will continue to have access to it in Italy.

An expert panel had recommended its return to the city of Benevento five years ago, but it was not possible at the time under the terms of the British Library Act.