Their lawsuit, filed in U.S. courts, values the more than 40 artworks at more than $100 million. The lead plaintiff, who lives in Los Angeles, says his family wants 'Hungary to feel some pressure.' 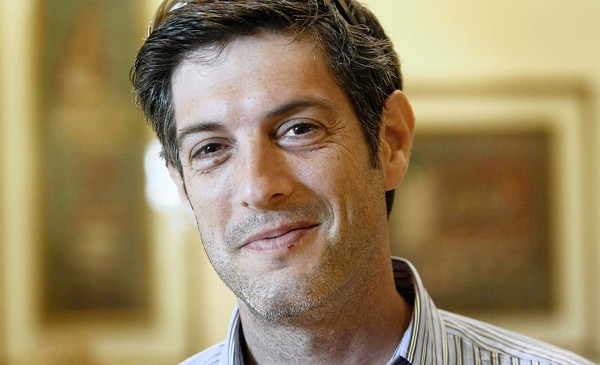 Lead plaintiff David de Csepel's commitment to recovering pieces from his great-grandfather's looted art collection grew after he visited Budapest, Hungary, and saw the paintings in question for the first time.

The heirs of the Budapest-based Jewish banker Mor Lipot Herzog have filed a lawsuit in U.S. courts against Hungary and its leading national museums, seeking the return of what they have identified as more than 40 works of art looted from Herzog's collection during the Holocaust. The lawsuit values the artworks, including well-known paintings by Lucas Cranach the Elder, El Greco, Francisco de Zurbaran and Gustave Courbet, at more than $100 million.

"This is one of the largest — if not the largest — restitution claims ever filed in U.S. courts by a single family against another nation," says Michael S. Shuster, the New York attorney representing the family.

Shuster, who says the lawsuit will be translated and delivered to Hungarian authorities according to the Hague Service Convention, calls it a last resort "to get the Hungarian government, which has been much less cooperative and consensual than Germany or Austria on these issues, to do the right thing."

David de Csepel, a real estate developer turned marketing consultant who lives in Marina del Rey, is serving as the lead plaintiff in the case for strategic as well as personal reasons. On the strategic side, Shuster says it was important to have a young plaintiff — a great-grandson of Herzog, De Csepel is 44 — to make sure Hungarian officials know that "they can't just wait out the elder members of the family."

But De Csepel, who is one of more than 20 Herzog heirs, also talks about the case in highly personal terms. A transplant to Los Angeles, he got to know his great-grandfather's collection, though only in reproduction, growing up in Connecticut.

"My grandmother used to cut out pictures from art books of paintings from her father's collection and hang them in her New York City apartment," he explains. "He worked so hard to build a legacy, and she worked hard to preserve it."

De Csepel's own commitment to recovering pieces from the collection grew after visiting the Museum of Fine Arts in Budapest in 1995, not long after his grandmother's death. There he saw many of the paintings in question for the first time. Some had wall labels identifying them as works from the Herzog collection.

"It was a strange feeling," De Csepel says of the visit. "It's not like I wanted to have the paintings hanging at my home — I don't know if I could sleep at night.... It's more a feeling of wanting justice for my family."

"My family was forced at gunpoint to leave Hungary, and some didn't make it," he continued. "They were sent out to concentration camps and never heard from again. We can't of course redo the past, but there are some areas where justice can be done."

He says his family has been actively seeking restitution since the early 1990s, first pursuing diplomatic routes with Hungarian officials and ultimately filing a lawsuit through the country's courts. The Herzog heirs lost that suit, which reached an appellate court, in 2008.

The latest suit is unusual for the sheer number of works being pursued — more than 40 works with known whereabouts as well as any others that might be in the Hungarian government's "possession, custody or control." Herzog's collection, which by the time of his death in 1934 included 2,500 objects, was dispersed beyond Hungary's borders as well; Germany, for instance, made three restitutions to the Herzog heirs this year.

The case is also unusual in another respect: Along with filing the claim, which is sparking national and international news coverage, the family has published a website to share its story: http://www.hungarylootedart.com. The site, which has the tagline "Hungary on Trial," includes some Herzog genealogy, historic family photographs and an online gallery of artwork.

De Csepel credits his wife, Joy Chen, onetime deputy mayor of L.A. and now an executive recruiter, with helping the family in its strategic thinking for this case, which at this stage involves international politics as much as legal precedents.

"As a former politician, Joy has been really important in helping us to get our point across," he says, "It's a legal case, yes, but we really do want people to know what's going on. We really want Hungary to feel some pressure."

Or, as Shuster puts it, "I think it's good to raise public consciousness. Whether it will shame Hungary into action, only time will tell."