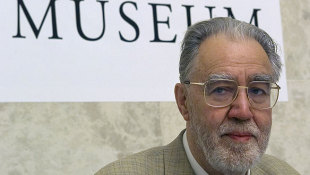 A commission has recommended that four paintings contained in a vast Vienna art collection should be returned because they were either seized by the Nazis or given up against the will of their former Jewish owners, Austria's Culture Ministry said Monday.

The paintings — one by Egon Schiele and three by Anton Romako — belong to the Leopold Museum Private Foundation, which has been criticized by the Jewish community and others for allegedly containing works stolen by the followers of Adolf Hitler.

The commission said the Romako works — The Spring, Nike with Wreath and Young Girl, Nude — used to belong to Oskar Reichel, a Jewish doctor who lived in the Austrian capital.

While it was unclear if the works were actually confiscated by the Nazis, "it is certain that Dr. Oskar Reichel had to give up all three paintings because of his persecution as a Jew by the National Socialists," the commission said in a document detailing its decision.

The Schiele painting — Houses by the Sea — belonged to Jenny Steiner, whose assets, including art, were confiscated in the late 1930s, the 10-member panel found. In February 1941, the painting was bought by Josefine Ernst in an auction at Vienna's famous Dorotheum.

Fourteen years later, her son, Johann Ernst, sold it to the late Rudolf Leopold, who is credited with assembling Austria's largest and most important private art collection, which includes more than 5,000 works by renowned artists such as Schiele, Gustav Klimt and Oskar Kokoschka.

The Austrian Culture Ministry — which has been pushing for clarity regarding the collection — could not provide details about eligible heirs for Reichel and Steiner, saying this would be part of a possible next phase of the restitution process that largely depended on how the foundation chose to handle the matter.

The foundation acknowledged the recommendations — which are non-binding — and said it would seek "fair and just solutions."

Austria has returned looted works of art held by federal museums to their rightful owners or heirs, most of them Jewish, under a 1998 restitution law.