An avid buyer of works by Egon Schiele, Gustav Klimt, and other Austrian artists, his legacy is the collection now held in the Leopold Museum in Vienna—and the international attention to Nazi Era provenance it helped trigger 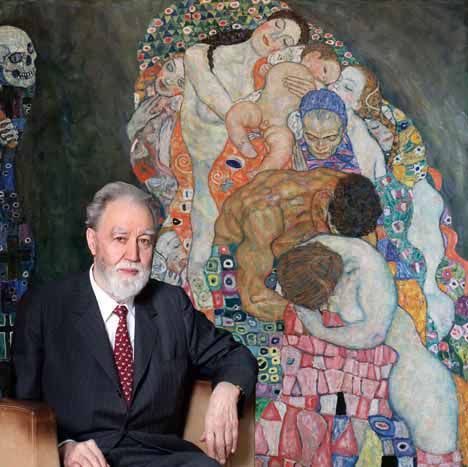 Rudolf Leopold, the avid collector of works by Egon Schiele, Gustav Klimt, and other Austrian artists now held in the Leopold Museum in Vienna, died yesterday at the age of 85 in the Austrian capital.

Leopold’s legacy, said Peter Weinhaupl, managing director of the Leopold Foundation, “is in making the Leopold Museum a unique monument and a gift to all the art lovers of the world.”

Also surviving Leopold is the attention to Nazi Era provenance that his collection helped trigger. Two Schiele paintings from the Leopold Foundation were seized in New York in 1998 while on loan to the Museum of Modern Art. Dead City III (1911) was returned to the Leopold Foundation in 1999. Portrait of Wally (1912) is the subject of a lawsuit in US District Court, with a trial date set for 26 July in New York. (Insiders predict a postponement of the trial, since Leopold’s widow, Elizabeth, is a witness.)

The seizure of the paintings led to the Austrian Parliament’s unanimous passage of a 1998 law expediting the restitution of Nazi-looted art in Austrian state collections. Leopold, whose private foundation is immune from the law, has always denied any knowledge of stolen art in his collection and any Nazi sympathies.

An ophthalmologist by training, Leopold was a passionate collector from an early age, eventually acquiring more than 5,000 works. He abandoned stamp collecting for art, he said, because stamps were valued by rarity rather than beauty. His first art purchase, in 1947, was a painting by Friedrich Gauermann. Leopold said that his first Schiele cost him the equivalent of €11.

In 1994, Leopold reached a deal with the Austrian government, which paid some €160 million for his collection and agreed to build and fund the operations of the Leopold Museum, where Leopold would be director for life. The museum opened in 2001 in Vienna’s Museums Quartier district. By 2009, it was the fourth most visited museum in Vienna, with an annual attendance of 300,000.

The Leopold Foundation’s future is now under discussion by its board of directors. Leopold’s son, Diethard, author of a biography of his father, joined the board on the collector’s death.

“He seemed indestructible,” said the London dealer Richard Nagy, who sold Leopold a 1917 drawing by Schiele of his wife Edith wearing a veil for $500,000 last summer.

Leopold pushed Schiele's prices upward, “right from the 1970s onward, when he was competing against Ronald Lauder and others,” Nagy said. “Leopold had no concern with any commercial reality. If he wanted something, he would bid until he got it, and let other people’s commercial realities stop them. He was the successful bidder, more often than not.”

His legacy is the best-known Egon Schiele collection in the world,” Nagy said.