April
The Cutting Edge 24 May 2010
By James A Finefrock 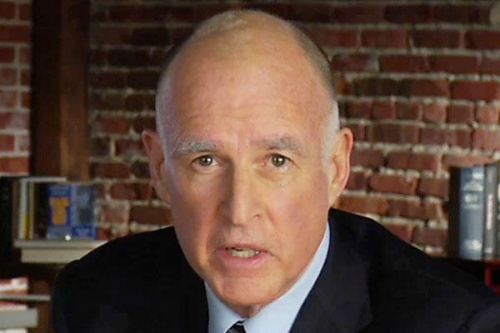 California Attorney General Edmund G. Brown Jr. filed a brief in the U.S. Supreme Court on May 17 in support of a Connecticut woman who seeks the return of a pair of nearly 500-year-old paintings looted by the Nazis during World War II, kept for a time in the estate of Nazi leader Hermann Göring, and purchased almost 40 years ago by the Norton Simon Museum of Art.

Brown's “friend of the court” brief backs Marei Von Saher, who sued the Pasadena museum in 2007 over "Adam and Eve." The two panels painted by the 16th century German artist Lucas Cranach the Elder are evocative of original sin, according to the museum's website.

The works were confiscated by Nazi soldiers from an Amsterdam gallery owned by Von Saher's father-in-law, Jacques Goudstikker, during the war. From there, the panels were moved to Göring's country estate near Berlin until May 1945, when they were discovered by American troops. The following year, they were returned to Amsterdam. From there, the artwork's trail grows murkier, leading through Russia and to a sale in 1971 to the Norton Simon Museum, where the panels are on display on the main floor.

The paintings were appraised last year at $24 million. A depiction similar to the "Eve" panel appears each week at the beginning of the TV show "Desperate Housewives."

The works were confiscated by Nazi soldiers from an Amsterdam gallery owned by Von Saher's father-in-law, Jacques Goudstikker, during the war. From there, the panels were moved to Göring's country estate near Berlin until May 1945, when they were discovered by American troops. The following year, they were returned to Amsterdam. From there, the artwork's trail grows murkier, leading through Russia and to a sale in 1971 to the Norton Simon Museum, where the panels are on display on the main floor.

"It is only right that California be allowed to give victims additional time to untangle the historical record in cases linked to the darkest chapter in European history," Brown said. "Despite the passage of so many years, justice will be served by finally permitting this matter to be heard in a court of law."

At the end of World War II, American forces discovered hundreds of thousands of Nazi-looted artworks stashed in castles, banks, salt mines and caves. Most of those treasures were returned to their rightful owners following the war, but other precious works stolen by the Nazis eluded efforts to track them down. In recent years, a number of prominent museums have discovered their collections include art stolen during the war.

The paintings’ odyssey extends back in time to long before their capture by the Nazis. They are said to have been looted from Russian nobles during the Russian revolution and then auctioned off by Joseph Stalin’s government to raise money during the Great Depression.

Saher is the only surviving heir of Jacque Goudstikker, the now-deceased Amsterdam  art dealer from whom the Nazis stole “Adam and Eve,” along with hundreds of other paintings. Goudstikker had purchased the Cranach paintings at an art auction in Berlin around May 1931.

After World War II, the Stroganoff-Scherbatoff family, which had owned the paintings before the Russian revolution, regained them by purchasing them from the Dutch government.

The dispute between Von Saher and the Norton Simon Museum goes back to the decision of President Harry Truman at the Potsdam Conference to adopt a policy of “external restitution” in which stolen art was returned, not to individual owners, but to the countries from which it had been looted. That decision allowed the paintings to slip out of the hands of Von Saher’s relatives and into the hands of the Stronganoff-Scherbatoffs.

By 1949, nearly three million pieces of Jewish cultural property, including “Adam and Eve,” had been returned to 12 different countries by U.S. authorities acting under Truman’s edict, known as “Plunder and Restitution.”

Brown's amicus brief, submitted in support of Von Saher's petition for a hearing before the Supreme Court, argues that California has the right to extend the statute of limitations for filing Nazi-era claims beyond the usual three-year limit. Without that extension, Von Saher’s claim, and perhaps many others in California, would be moot.

Last year, the Ninth Circuit U.S. Court of Appeals ruled that the state extension would interfere with the federal government's power to conduct foreign policy. “Our conclusion today,” the court said, “is buttressed by the documented history of federal action addressing the subject of Nazi-looted art. The Art Looting and Investigation Unit of the Office of Strategic Services gathered a great deal of intelligence about looted art through covert operations during and after the war … Immediately following the war, the federal government implemented the program of external restitution  … It is beyond dispute that there was no role for individual states to play in the restitution of Nazi-looted assets during and immediately following the war.”

The Ninth Circuit decision goes on to say that the U.S. government continues to deal with problems facing Holocaust survivors and their heirs in regaining property confiscated during the war. “This history of federal action,” the court said, “is so comprehensive and pervasive as to leave no room for state legislation.”

A  related case, American Insurance Association v. Garamendi, decided in 2003 by the Ninth Circuit, also provides no comfort for California’s cause. Garamendi centered on a challenge to the state’s Holocaust Relief Act of 1999, which required any insurer doing business in the state to disclose information about all policies sold in Europe between 1920 and 1945 by the company or its affiliates.

The Ninth Circuit said the law was in “clear conflict” with federal policy because the United States and Germany had agreed to work to resolve claims with the International Commission on Holocaust Era Insurance Claims, a voluntary group of European insurance companies, Israel, Jewish and Holocaust survivor associations, and associations of state insurance commissioners.
As Brown’s brief in the Von Saher case notes, “The court reasoned that, by adopting its own method of addressing Holocaust-era insurance claims, California sought ‘to use an iron fist where the President has consistently chosen kid gloves.’ ” So, the court ruled that “state law must give way where, as here, there is evidence of clear conflict between the policies adopted by the two.’’

But, Brown argues, there is no conflict between federal authority and the state's regulation of museums and galleries within its jurisdiction. That is "a traditional state responsibility," Brown said. Von Saher's claim doesn't seek to "redress the wartime wrongs of foreign governments," he said. It is made against a museum that no one alleges has any ties to "the Holocaust, the Nazi regime, or the conduct of World War II."

So, California’s case may be as simple to the answer to whether any state has the power to regulate cultural institutions on its own soil. Or as complicated as whether U.S. policy in redressing Nazi thievery leaves no room for states to assist victims. The ultimate answers should provide the key to unlocking the riddle of “Adam and Eve,” a perplexing question for the art world, for the courts and for history.