From Russia, with some concern 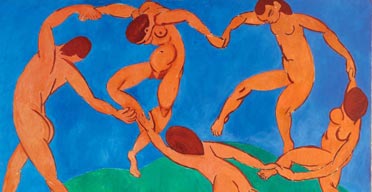 More than 100 masterpieces of art from the great Russian museums - the vast majority of which have never been seen in Britain - are being lined up for an exhibition at the Royal Academy of Arts, London, early next year, drawing hundreds of thousands of visitors.

But while the collection of late 19th century and early 20th century French and Russian painting will take its place among legendary RA shows such as the 1999 Monet exhibition, the most popular show ever held in the UK, a potential cloud hangs over the show: possible legal claims could be made on the priceless pictures.

The backbone of the show is formed from works commissioned or bought by Sergei Shchukin, one of the most important pre-revolutionary collectors in Russia. After the revolution, his collection was nationalised, and between 1993 and 2004 his grandson, French citizen André-Marc Delocque-Fourcaud, lodged claims in Paris, Rome and Los Angeles for various works that had belonged to his ancestor. The claims failed.

The British government has been asked by the RA to send a letter to the Russian authorities assuring them that the works loaned to the UK will be protected from seizure by companies with a financial claim against the Russian state.

Such a document is deemed necessary since, in 2005, paintings loaned to a Swiss gallery were impounded after a claim on the Russian state by a Geneva-based trading company. The works were eventually released and sent back to Russia; but there was a halt on loans from Russian state collections to Britain since the UK at present has no law of "immunity from seizure", protecting cultural loans from this type of action.

Legislation is in progress, and should come into effect early next year, according to a spokesman for the Department for Culture, Media and Sport (DCMS), though it will probably not have received royal consent by the time the exhibition opens in January.

The letter to the Russian authorities assuring them that the billions of pounds worth of art they have loaned is safe from seizure has been sent. Charles Saumarez Smith, the RA's secretary and chief executive, said it was "fully accepted by the Russians".

However, the "letter of comfort" meant to assure the RA that the works are safe from seizure has not been sent out because the British government is not yet satisfied that the institution has confirmed "that all the appropriate due diligence checks have been carried out on the works," according to the DCMS spokesman.
He admitted the situation was confusing, and that it was also untested in British law. The due diligence checks, he said, involved the RA checking that the paintings did not have a "doubtful provenance".

The centrepiece of the exhibition as planned will be Matisse's Dance (II), measuring four metres by three metres and perhaps the most striking modern work in the State Hermitage Museum, St Petersburg. There will also be six Gauguins, a handful of important Cézannes, works by Renoir and Picasso's extraordinary The Dryad, a work he produced the year after he painted the groundbreaking Demoiselles D'Avignon.

All formed part of Shchukin's collection; he commissioned Matisse's Dance (II) for his mansion's staircase, nearly cancelling the commission when he got cold feet about the propriety of displaying vast naked figures about his home, a potential source of corruption to his young daughters. In his dining room, on one wall, hung 16 Gauguins: he called them his iconostasis.

As well as showing masterpieces of French impressionism and post-impressionism, the exhibition - called From Russia: French and Russian Master Paintings 1870-1925 - will bring to London great works by Russian painters. While absorbing influences from Paris, in many cases directly through the great collections of Shchukin, these artists created work that was anything but derivative.

The Bath of the Horse, 1912, by Kuzma Petrov-Vodkin, for example, is a work perhaps as influenced by early Russian religious painting as by western European modernism. "It is one of the sacred objects we have had to extract with great difficulty from the Tretyakov Gallery in Moscow," said Sir Norman.

The exhibition is supported at the highest levels, the RA emphasised. Vladimir Putin, the Russian president, and the prime minister, Gordon Brown, have been asked to contribute forewords to the exhibition catalogue.

That the RA and co-hosts of the show in Dusseldorf have been able to extract such key works from Russia's four most important museums, the State Pushkin, the State Tretyakov, the State Hermitage and the State Russian, is put down by MaryAnne Stevens, director of academic affairs at the RA, to "a shift in culture on the part of our Russian colleagues". Others have put it down to the financial clout wielded by the show's sponsor, E.ON, the power and gas company, which has strong Russian links. Yesterday they declined to put a figure on their contribution to the Russian museums.