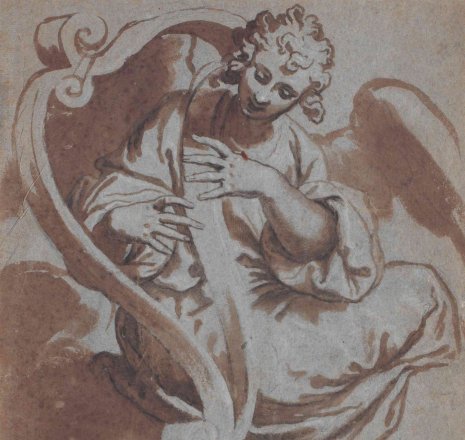 Dr. Artur Feldmann (1877–1941) was a lawyer from Brno and an important collector of old master drawings. His collection contained more than 700 drawings by German, Italian, Dutch or French artists from the period from the 15th to 18th century and exceptionally also from the 19th century. In 1939, however, the Nuremberg Laws came into force in Czechoslovakia, on the basis of which property injustice took place among Jewish population. Feldmann's property was also confiscated, including a significant part of his collection.

Drawings subsequently ended up in various collections, including several prominent world museums where they were returned from to the family of the collector.

Numerous important drawings were also given back to Feldmann's descendants by the National Gallery in Prague in recent years. Feldmann's descendants donated many of them to the National Gallery, some of them are on a long-term loan there and some of them were purchased, for example works by renowned artists such as the Italian Paolo Farinato, the follower of Antonio Canale, called Canaletto, Perino del Vaga, or the Dutch Herman Saftleven or Jan Luyken and others.

The small exhibition will introduce a fragment of Artur Feldmann's collection and is also an expression of respect for the collector and, at the same time, an expression of gratitude for a generous gift.