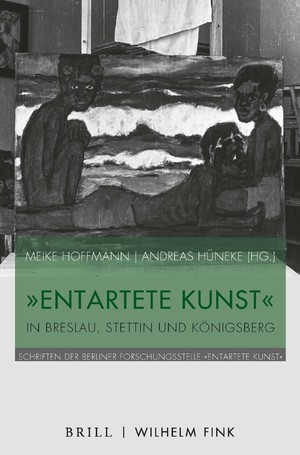 In 1937, Breslau, Stettin and Königsberg were also among the cities affected by the Degenerate Art campaign of the Nazis. Dedicated museum directors had previously built up comprehensive collections of modern art in these cities. The confiscations destroyed years of museum work.

All three cities had already belonged to the German Reich before the territorial expansion from 1938. After the end of the Second World War, they were located in areas under Polish and Soviet administrative sovereignty, respectively, due to the geographical reorganisation regulated in the Potsdam Agreement of 1945. They were thus excluded from the legal clarification of the confiscation action and the museum regeneration efforts in West Germany. The special circumstances give reason to shed light on the events of the time and to ask about the effects to this day.