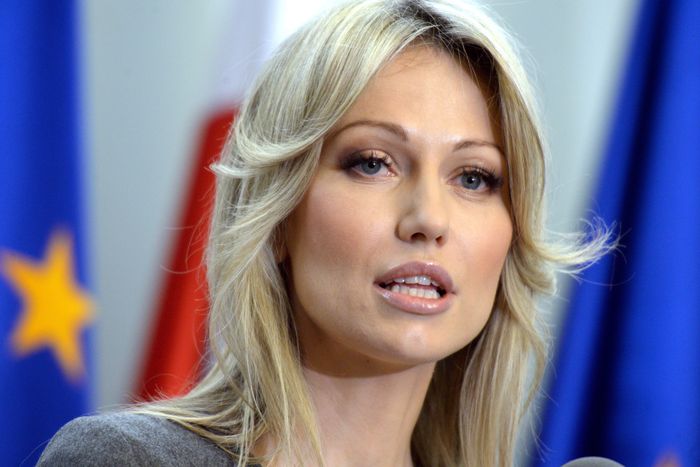 Art historian and popular TV host Magdalena Ogórek is making sure the stories of stolen Polish art are not forgotten with the construction of the Museum of Stolen Art in Lower Silesia.

Art historian and popular TV host Magdalena Ogórek is making sure the stories of stolen Polish art are not forgotten with the construction of the Museum of Stolen Art in Lower Silesia.

The museum, set to open by the end of 2023, will feature a permanent exhibition on how the Germans stole an estimated USD 30 billion of Polish cultural goods.

According to Ogórek, rather than display a series of empty picture frames symbolising art that has been lost, the Museum of Stolen Art, the first of its kind in Poland, will feature a permanent exhibition "showing the mechanism of the theft of Polish cultural property and the destruction of the cultural fabric of the Polish nation by the German occupant."

"The majority of the exhibits will come from my private collections, which I have been collecting for years, and which I will deposit," she added.

The museum in Sulisławice near Ząbkowice Śląskie is being built by the Polish Lost Art Foundation, founded by Ogórek in 2017.

According to the foundation's founding documents, it exists "to obtain information about lost cultural goods, including from the territory of the Republic of Poland and take all actions aimed at returning these works to Poland."

The idea of such a museum came to the presenter and journalist after publishing two best-selling books about lost and stolen art.

In the first one, the Wächter List, Ogórek, an art historian, conducts a daring investigation tracing the German looting of works of art from occupied Poland.

Through befriending the son of notorious war criminal Otto Wächter, she managed to track down and return to Poland several pieces of art stolen by Wächter’s wife.

Sulisławice is a village near Ząbkowice Śląskie, 1.5 hours from Wrocław and near the S8 expressway. The location of the museum in the village is undoubtedly a distinction for the sleepy village.

While the village itself may be an unusual place to host the museum, Lower Silesia is an obvious choice.

Towards the end of the war, Hans Frank, a German criminal and governor of the General Government, ordered that the most outstanding and important works of art, such as Leonardo Da Vinci's Lady with an Ermine or Rafael Santi's Portrait of a Young Man, be brought to Lower Silesia.

Hans Frank directed all transports with stolen works of art first to the Richthoffen palace in Sichów and then to the Solina palace in Morawa.

At that time, these were in Germany and their location far from Kraków meant they were a safe hiding place.

The priceless Portrait of a Young Man by Rafael Santi was last seen in the palace in Morawa. Thus, traces of the most valuable Polish looted objects end in Lower Silesia.

In 2015, Ogórek was the presidential candidate of the Democratic Left Alliance. Though she only won 2.4 per cent of the vote in the first round, she gained high recognition.

She has since become a popular TV host appearing in the programs Plan Dnia, W Tyle Wizja, O Co Chodzi and Minęła 20. She also hosts a radio show on Radio Opole about lost and stolen art.