Long-lost Stradivarius violin looted by Nazis is found in France

A violin in France has been tentatively identified as a well-known Stradivarius that vanished after Nazi occupiers looted it from the National Museum in Warsaw in 1944.

Experts have concluded that the instrument appears to match the description of the Lauterbach Stradivarius that was made by Antonio Stradivari in 1719, when the Italian luthier was at the height of his powers, Le Parisien newspaper reported.

The owner, who has not been named, engaged Musique et Spoliations, an organisation in Paris that traces musical instruments and material looted by Nazi Germany, to confirm the provenance of the violin, which had been handed to the Warsaw museum after Henryk Grohman, its Polish owner, died in 1939. German soldiers stole it after finding a cache of valuable instruments hidden in a cupboard in the museum chapel. 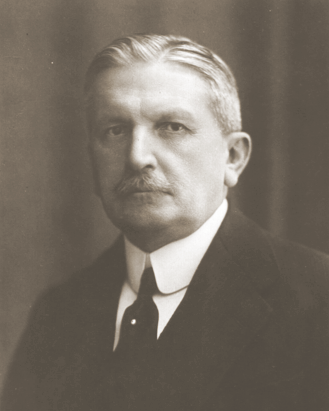 Henryk Grohman, the Polish industrialist, handed the violin to the National Museum in Warsaw but it was stolen by the Nazis

Corinne Hershkovitch, a lawyer who specialises in returning Nazi-looted art to Jewish families, said the investigation has reached “a strong presumption” that the violin is the long-lost instrument that took its name from Johann Christoph Lauterbach, a virtuoso German violinist, who bought it in the mid-19th century. Analysis of the wood confirmed the date of manufacture.

It was first owned by Charles Philippe Lafont, a French violinist, then bought by Jean-Baptiste Vuillaume, a Parisian luthier, who sold it to Lauterbach. After Grohman, an industrialist and patron of the arts from Lodz, purchased it in 1900, he sent it to London for assessment by WE Hill and Sons, the Stradivarius specialists. The firm provided an exhaustive description in 1913, concluding that it “is one of the most beautiful works of Stradivarius”

About 600 Stradivarius violins, made in Stradivari’s workshop in Cremona, remain in the world. The instruments are renowned and highly prized for the clarity, richness and individual character of their sound. The record sale price of $15.89 million was set in 2011 in London with the sale of the “Lady Blunt”, which had belonged to Lady Anne Blunt, the granddaughter of Lord Byron. In June this year a Stradivarius was sold by a Japanese museum in New York for $15.34 million.

Pascale Bernheim, an investigator for Musique et Spoliations, drew a blank when she visited Poland last month to seek a photograph and more information about the violin. She did establish that the Stradivarius was not part of the inventory that Grohman bequeathed to the museum in 1939. It had apparently been deposited with the museum for safekeeping, with ownership remaining with the family, Bernheim said.

Corinne Hershkovitch, a lawyer who specialises in returning Nazi-looted art to Jewish families, said there was the “strong presumption” that the violin was the missing instrument after analysis of the wood

The violin made a possible appearance only once after the war. According to United States military records, the missing Stradivarius was found in 1948 by Stefan P Munsing, an American officer, at the home of Theodor Blank, a former SS member, in Heinrichsthal, Germany. The Americans said it had been returned to Poland but in 2008 the Polish Ministry of Culture said that was not the case.

Hershkovitch said that establishing legal ownership would turn into a legal wrangle. “Is it the current possessor who is of good faith and totally ignored its history? Or could Poland claim its legal rights? What we have discovered with [Grohman’s] will is that the Warsaw museum was never in reality the owner of the violin.” Grohman’s descendents could claim the instrument but could be pre-empted by the Polish state, she said.

A 2021 law in Poland decreed that recovered stolen property reverts to state ownership if its owner has not claimed it for more than 30 years. Lawyers could argue that the violin had only spent 44 years in Poland and had not been owned by the museum, Hershkovitch said.