Today I am pleased to announce that I have filed a brief in the Supreme Court of the United States as counsel of record for amicus curiae Mark B. Feldman, former U.S. Department of State Acting Legal Adviser. We filed the brief in the case of Cassirer et al. v. Thyssen-Bornemisza Collection Foundation (“TBC”). Cassirer is the long-running dispute over title to Rue St. Honoré, après-midi, effet de pluie (Rue St. Honoré, Afternoon, Rain Effect) by Impressionist painter Camille Pissarro. The painting once belonged to Lilly Cassirer, a Jewish woman in Berlin in 1939, from whom Nazi agents “bought” the painting. The case before the Supreme Court is not about whether the painting was stolen—it is undisputed that it was. Rather, the Supreme Court will review the Ninth Circuit’s decision that Spanish law, not California law, should govern the ownership rights. The legal question the Court agreed to hear is whether federal courts may create their own common law for cases like this under the Foreign Sovereign Immunities Act (the “FSIA”). As we explain in the brief, the Ninth Circuit’s ruling should be overturned because it blurred the lines in the FSIA about who may be sued, with the basis for their actual liability. Section 1606 of the FSIA, which provides that a sovereign defendant “shall be liable in the same manner and to the same extent as a private individual under like circumstances ….” in fact means that creating differing choice of law rules for sovereign defendant plainly violates the FSIA’s text. The courts should have applied California’s choice of law rules (and California law). Applying Spanish law ensured that TBC prevailed, a result that should be reversed.

I was pleased to work with Professor Feldman, a former State Department Acting Legal Adviser who participated in the drafting of the FSIA and U.S. implementation of UNESCO, to explain why the result below is directly at odds with why the Executive advocated for the law, and what Congress intended.

As we explained in our brief, this result violates Section 1606, which was inserted into the FSIA at the Executive Branch’s insistence. An earlier version of the FSIA had been proposed in 1973—without Section 1606—and its addition was essential to the Ford Administration’s support. That Executive support (lacking in 1973) was in turn essential to the passage of the law.

In addition, Professor Feldman was directly involved in the U.S. adoption and leadership on the Convention on the Means of Prohibiting and Preventing the Illicit Import, Export and Transfer of Ownership of Cultural Property, Nov. 14, 1970, TIAS 7008, 823 UNTS 231 (commonly known as the “UNESCO Convention”) that was implemented by Congress in 1983. Between the UNESCO Convention, customs laws and the National Stolen Property Act, and the Washington Principles on Nazi-Confiscated Art and successive international commitments, the Ninth Circuit flouts the international consensus and commitment to reject the trade in looted cultural property.

Our brief explains this rich legacy and why the result cannot stand for that reason as well.

The history of the case is positively labyrinthian, but the critical points are these: 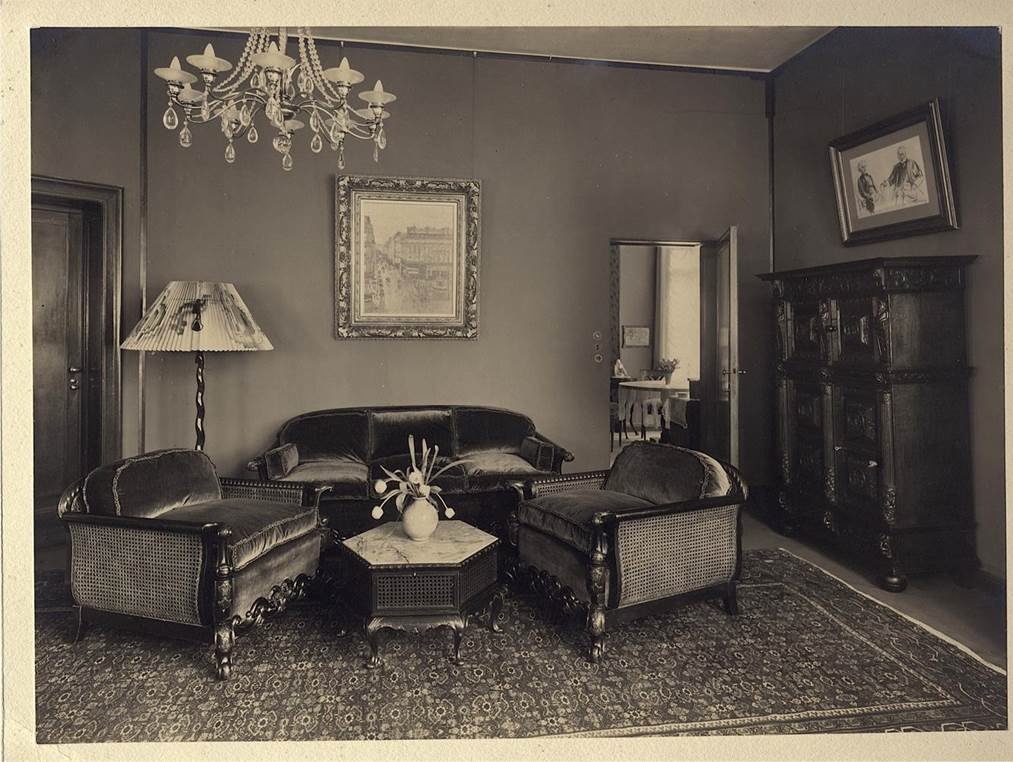 Several years later, Claude Cassirer (Lilly’s son) demanded that TBC return the painting. TBC has refused, and Claude sued TBC and Spain in U.S. federal court, invoking the “property taken in violation of international law” component of the expropriation exception to sovereign immunity expressed in § 1605(a)(3) of the FSIA. Spain and TBC have never asserted the legitimacy of the 1939 sale, nor disputed that the taking violated international law. The case has been dismissed, appealed, reinstated, dismissed, and appealed again multiple times as we have covered here.

In 2019 the Ninth Circuit affirmed the most recent dismissal, ruling that even though the Baron’s failure to perform due diligence meant that he could not claim to be a “good faith purchaser,” Spanish law provides that what is called acquisitive prescription, also known as adverse possession, vested title with TBC. What that means in simple terms is that if a receiver of otherwise stolen property holds it in a sufficiently public way for long enough, it becomes the owner. The Ninth Circuit held that TBC had satisfied a seven-year term by exhibiting the painting publicly.

The case now before the Supreme Court is not about whether the painting was stolen, or whether TBC satisfied the elements of Spanish law. It is about how the Ninth Circuit decided which law to apply. For anyone who has not endured Civil Procedure in law school, this can get very confusing very fast. For anyone who has, it still can. The question relates to what is known as “federal common law.” In 1938, the Supreme Court issued a decision in Erie R. Co. v. Tompkins. Erie held that when a federal court hears a case in diversity (a case that is in federal court because of the citizenship of the parties, not because a federal statute or constitutional issue is at stake), the federal court must apply the law of the state where it sits. Further complicating that is that there is substantive state law (what is a theft) and there is choice of law rules (how do you decide among the state laws at issue, say in a case between a New York and Massachusetts citizen).

What does all this have to do with Nazi-looted art or the FSIA? The FSIA does not create liability for foreign sovereign defendants, it sets the rules about when they may be sued. The Ninth Circuit held that in FSIA cases, a federal court should apply federal common law (Erie notwithstanding) because of the FSIA’s policy of uniformity and predictability in cases against foreign state defendants.

Readers may rightly wonder where this case stands in relation to our ongoing case against the Stiftung Preussischer Kulturbesitz (SPK), which maintains possession of the Welfenschatz, or Guelph Treasure, that my clients’ relatives and ancestors conveyed in 1935 to agents of the Prussian state acting on behalf Hermann Goering. Earlier this year the Supreme Court held that as a general matter the so-called “domestic takings” rule excludes from the expropriation exception of the FSIA (under which Cassirer and our case were brought) those takings of property by a government from its own nationals.

The simplest answer is that TBC and Spain, despite otherwise thumbing their nose at the Washington Principles and international commitments, at least had the decency and rudimentary morality not to assert the domestic takings rule over Nazi-era takings as the SPK continues to do. That jurisdiction was resolved years ago.

Readers can judge for themselves the difference between Germany—which is responsible for the Nazi era—and Spain—whose own fascist era continues to roil, but which did not cause the Holocaust—proudly asserting the right of the Nazi government to oppress and rob Jews in Germany with impunity. The SPK recently renewed its motion to dismiss our case on these grounds, which we will oppose later this year because, among other reasons, the victims of the Welfenschatz taking were not German nationals under international law at the time.