A copy of the anti-fascist film Europa was in German archives all along. 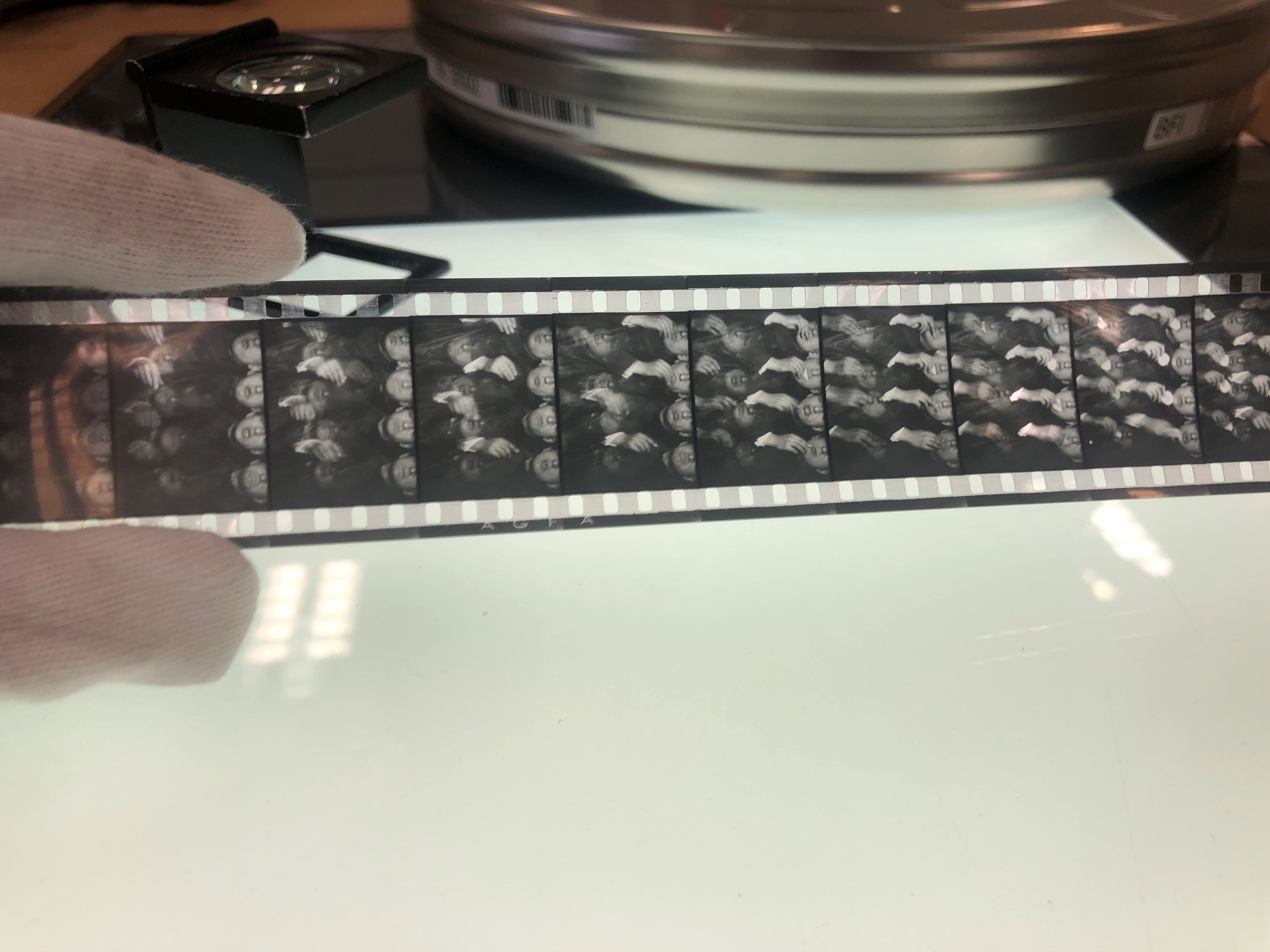 This photo shows the original 35mm nitrate film from Europa.

More than 75 years after the end of World War II, the Nazis have suffered another defeat. The 1931 anti-fascist film Europa, thought to have been destroyed by the Nazi regime, has been rediscovered and restored, and will be shown in October at the London Film Festival.

"We are delighted to have achieved the restitution of this remarkable work of art, lost for so long and believed to have been destroyed by the Nazis, but now available for audiences across the world to appreciate," said Anne Webber, co-chair of the Commission for Looted Art in Europe. She went on to say the group "(hopes) this will lead to many other films seized by the Nazis being found and returned." 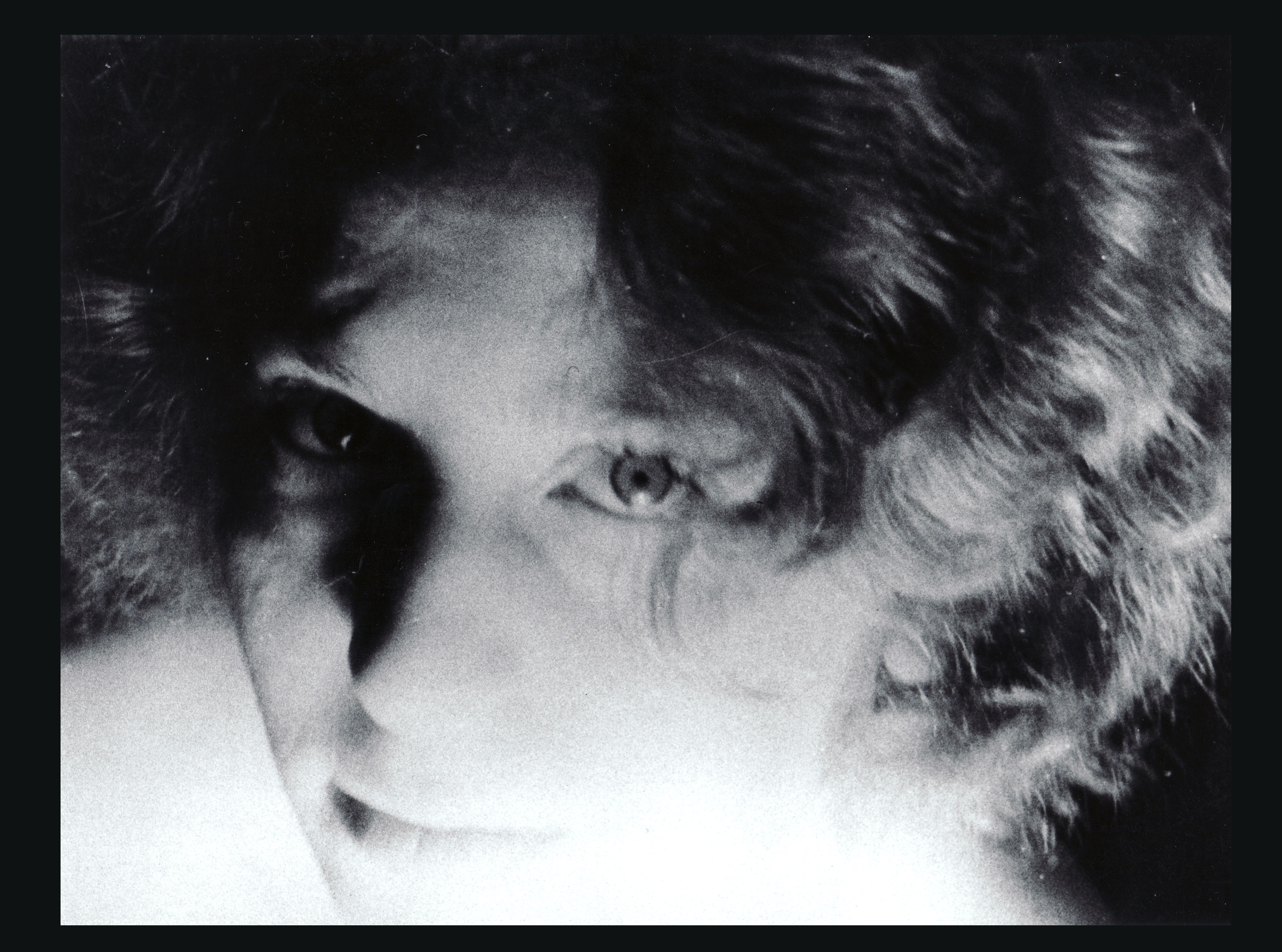 Franciszka Themerson and her husband Stefan both died in 1988, thinking their film was lost forever.

The film was made by Stefan and Franciszka Themerson, a Polish couple who moved to Paris in 1938 and deposited copies of each of their five films at the Vitfer Film Laboratory there. According to the British Film Institute, the Nazis seized all of the films in 1940, and they were thought to have all been destroyed. Both of the Thermersons died in 1988, thinking Europa hadn't survived the war, although Stefan Thermerson reconstructed a version in 1983 with some surviving stills.

In 2019, their niece, Jasia Reichardt, learned that a copy of Europa was still in the German Federal Archives, called the Bundesarchiv, where it found its way after time spent in the Reich Film Archive and later the East German State Film Archive.

"The Bundesarchiv is committed to securing and protecting its collection of more than 160,000 films comprising over 1 million film reels as well as possible," Bundesarchiv President Michael Hollmann said in a statement. "But in a few cases, we have learned that a film does not belong in our collection. We very much welcome the successful restitution of Europa and we hope that it will reach a very wide and interested audience."

The fully restored film will receive its world premiere at the BFI London Film Festival on Oct. 6, with special guests attending who will discuss the film's creation, loss and restitution. 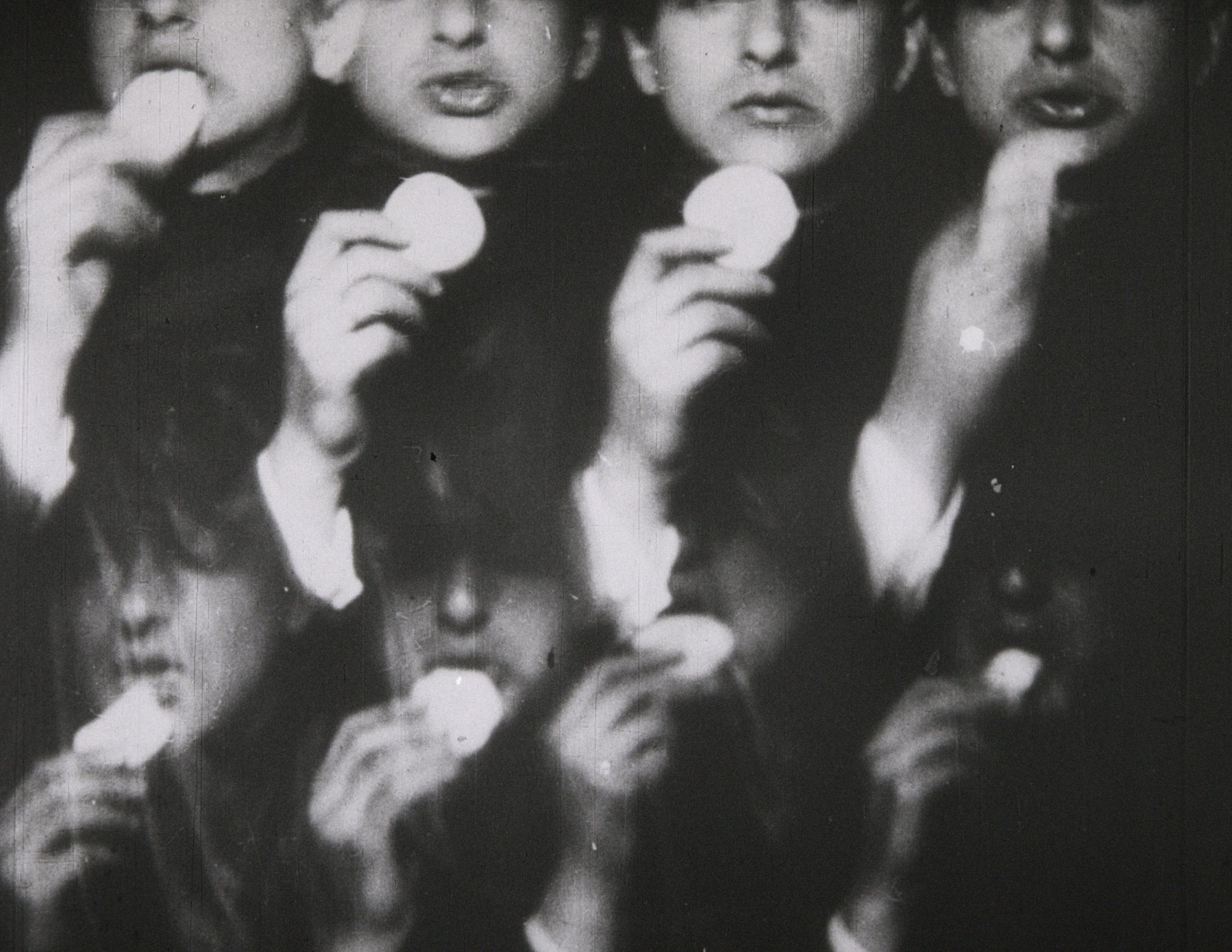 Filmmaker Stefan Thermerson is shown in a scene from Europa.

Europa is based on a 1925 poem and uses a variety of avant-garde film techniques, including collages and photograms (images made by placing objects on photographic paper and exposing it to light).

In a statement, the BFI says the film worked to "translate words into a montage of images and ideas that articulate the horror, inequality and moral decline that the artists witnessed from Poland, with Europe at the edge of a precipice," adding "it was among the greatest achievements of European avant-garde film of the time."

[A sound recording of this article is available at the link below.]