Two watercolours lost during the war, one a self-portrait of artist Joseph Kalter and the other a portrait of his wife, Amalia Kalter, have been recovered by Polish authorities and are to be returned to the National Museum in Wroclaw, southwestern Poland.

A special handing-over ceremony was held at the Ministry of Culture, National Heritage and Sport on Monday, attended among other by Culture Minister, Deputy Prime Minister Piotr Glinski and the director of the National Museum in Wroclaw, Dr Piotr Oszczanowski.

"As a result of war activities, looting by the occupiers, often systematically, Poland lost 516,000 works of art during the Second World War," Glinski said at the ceremony. "For many years, the Polish state has been recovering works of art which were looted. At our ministry a special unit has been established which deals with this. These are two further works of art regained by Poland from the pre-war collection in Wroclaw." 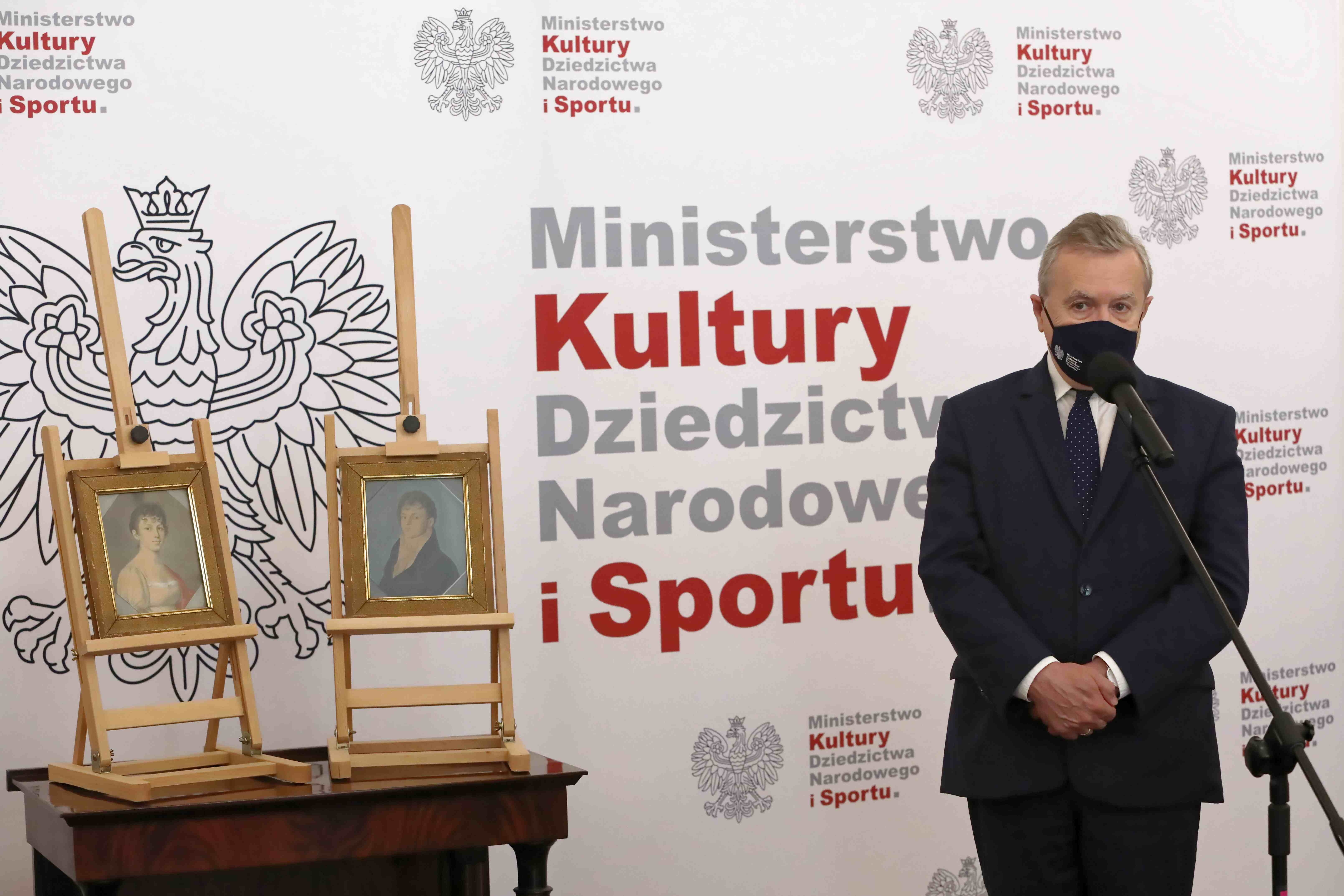 The culture minister went on to say that "in line with international law, these works of art, which were on Polish territory after 1945 are war losses, if they are lost." He also stated that Poland systematically recovers artworks although it is not easy.

"Every work has an individual legal status, it must be researched," Glinski continued. "We work together in these matters as a ministry with various services, representatives of various professions - the police, prosecutors, the FBI, specialised foreign foundations undertaking searches, but they are primarily our museum officials and art historians."

He added that it was thanks to museum officials in Wroclaw who tracked down the lost artworks that it was possible to recover them. "These two items appeared in an auction house in the year 2020," Glinski explained. "Officials of the National Museum in Wroclaw paid attention to them, immediately gave a signal and thanks to that the auction house had no way out (and) sent them free to the Polish state. We're sending them the the National Museum in Wroclaw because that is the place for these items."