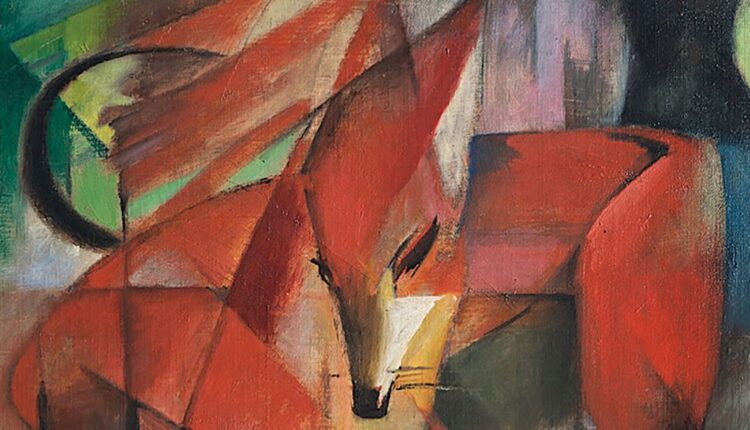 Düsseldorf, a German city, announced to return a Franz Marc painting in April. But the decision has come to a halt amid controversies.

In April, a commission formed to decide the fate of a Franz Marc painting announced their decision. It was unanimously decided that the work must be returned to the heirs of the original Jewish owner. The city of Düsseldorf also affirmed that the work would soon be returned to the heirs. However, bureaucratic differences have brought the process to a standstill. As per reports, the public prosecutor’s office has initiated a criminal complaint against the commission and sought fresh paperwork.

The painting in question is Die Füchse (The Foxes), painted by Marc in 1913. Franz Marc was known for his depiction of animals and the bright colors in his works. During the Nazi regime in Germany, Marc was denounced as a “degenerate artist” and many of his works were seized. Die Füchse was owned by Kurt Grawi before it was confiscated by the Nazis. After spending some years in the prison camps, Grawi arranged to smuggle the work out of the country and sell it. The money from the sale helped Grawi to leave Germany.

Die Füchse was sold in 1940 in New York, ultimately bought by a German businessman and given to the city of Düsseldorf in 1961. For years, the work has been on display at the Kunstpalast Museum in the city. The painting is valued at between $18-$36 million.

In recent years, the art world has been active in returning works sold by Jews “under duress” as the Nazis gained power in Germany. However, in the case of Die Füchse, it isn’t necessarily true as the work was sold in the USA, which was never under Nazi influence. This has brought the restitution process of the work under question. No new timeline for returning the work has been announced.