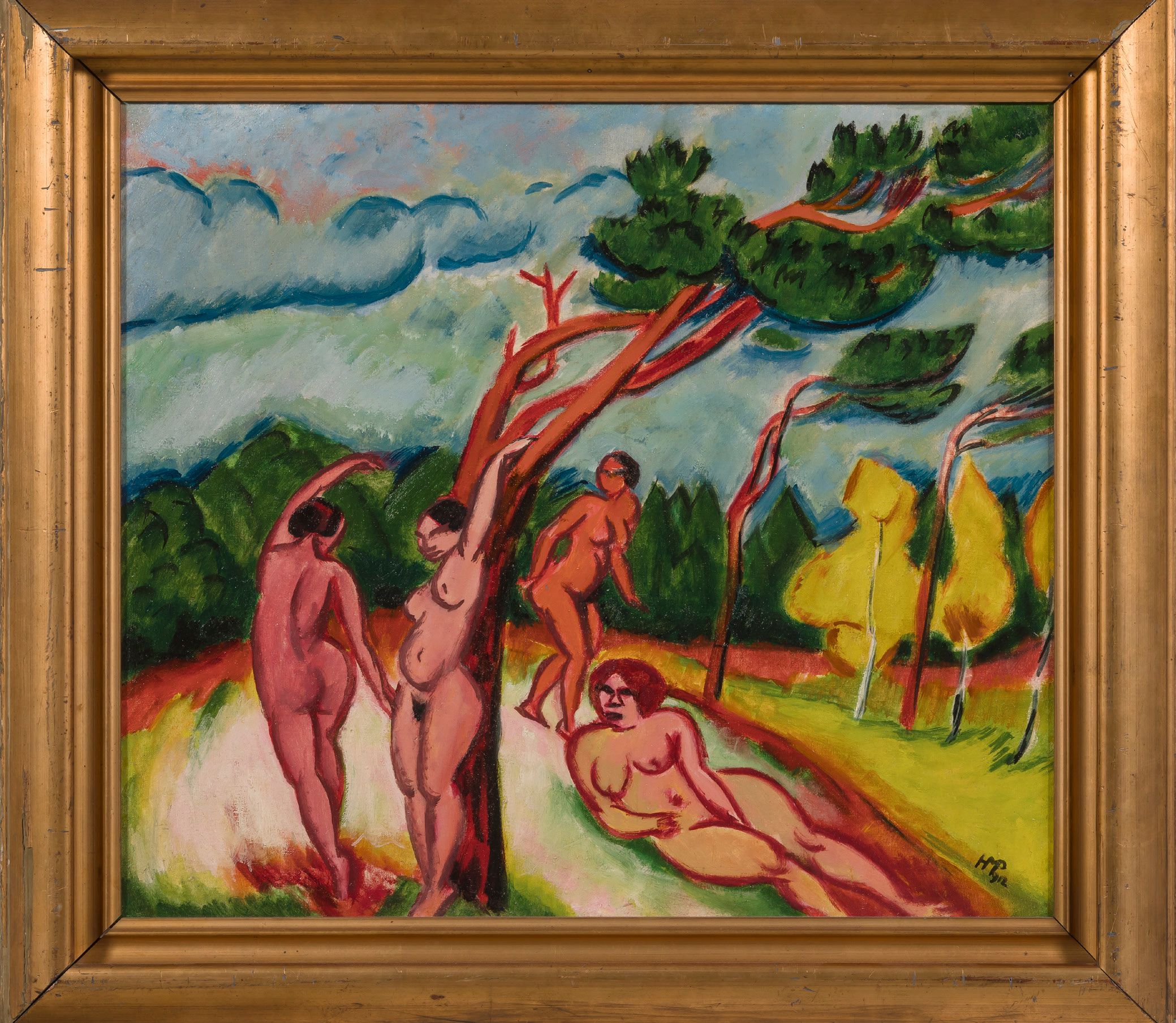 The French government yesterday returned a painting by Max Pechstein to the heirs of Hugo Simon, a Jewish banker and art collector who fled Berlin for France weeks after the Nazis came to power in 1933 and later emigrated to Brazil.

The 1912 painting of four nudes in a wooded landscape, which was in the collection of the Musée national d’art moderne in Paris, was identified as Simon’s property thanks to a label on the back which showed he had loaned it to a 1938 exhibition at the New Burlington Galleries in London. Researchers have been unable to trace its exact trajectory from there, since the work does not appear on the lists of plundered art kept by the Einsatzstab Reichsleiter Rosenberg, the Nazi unit in charge of appropriating cultural property in occupied territories.

But France’s commission to compensate the victims of Nazi looting, known by the acronym CIVS, said there was no room for doubt that it was looted. At a ceremony at the French culture ministry, the government yesterday handed the painting to Simon’s heirs, represented by his great-grandson Rafael Cardoso, an art historian based in Berlin.

For Cardoso, it was the first time he had seen the painting up close. “It’s a great painting,” he said. “And a wonderful witness to family history.” In a statement, French Culture Minister Roselyne Bachelot-Narquin described the restitution as “the return of a family history, the reunion with a memory, a victory for life.”

Simon was an avid collector of contemporary art and owned works by George Grosz, Ernst Ludwig Kirchner, Paul Klee and Franz Marc. In the First World War he was a member of a pacifist organisation with Albert Einstein and Stefan Zweig, both of whom he remained in contact with for many years. He served briefly as Prussian finance minister after the November Revolution in 1918. His social democrat policies and affinity for Modern art, combined with his Jewish roots, made him an early target for the Nazis and after he escaped Germany, his property there was confiscated.

In Paris, Simon was active in supporting refugees and backed the main newspaper for exiled Germans. He and his wife were forced to flee again after the fall of Paris in 1940. From the south of France, they escaped to Brazil in 1941. Their possessions were looted a second time: the ERR plundered their Paris apartment and Simon’s office after their departure.

But some art remained in the apartment after the liberation of Paris and was seized later by the Banque d’Algérie as collateral for unpaid rent after the Simons had fled. The Pechstein painting was discovered in storage at the Palais de Tokyo in Paris in 1966, its provenance unknown. It was allocated to the collection of the Musée national d’art moderne and was housed at the Musée des Beaux-Arts in Nancy from 1998.

The painting is currently on show at the Pompidou Centre in an exhibition devoted to Hugo Simon. From there it will travel to the Jewish Museum in New York for an exhibition from 20 August to 9 January titled Afterlives: Recovering the Lost Stories of Looted Art.