A German museum has returned a painting by Expressionist Erich Heckel to the heirs of the previous Jewish owner. Does Germany need a restitution law?

Two young people leaning against one another while gazing into the distance, as if they were waiting.

German Expressionist Erich Heckel (1883-1970) painted Siblings in muted colors in 1913, shortly before the outbreak of World War I, almost as if he were a prophet of the pending apocalypse.

Kunsthalle Karlsruhe has sent the oil painting to the US, where it will be added to the collection at the Virginia Museum of Fine Arts (VMFA) in Richmond, according to the wishes of the heirs of Max Fischer, the Jewish historian who owned Siblings until 1934.

The Heckel painting has been shown in international art exhibitions, including the 1952 Venice Biennale, as well as the 1995 Documenta in Kassel.

The Fischer Collection was one of the most important German private collections of Expressionist art.

The fact that the painting has now been sent to the US is based on a recommendation by the Limbach Commission. The advisory panel of experts on Nazi-looted property appointed by different levels of the German government traced back Fischer's history. Persecuted by the Nazis due to his Jewish ancestry, he left Germany in 1935 and emigrated to the US a year later. 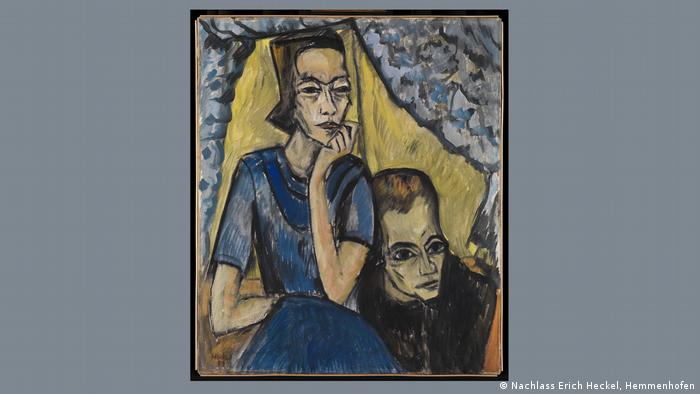 Strangely enough, the painting was found in artist Erich Heckel's basement at the end of the war, so he was able to donate it to the Kunsthalle Karlsruhe in 1967. Why did Heckel have it, even though the Nazis outlawed Expressionist paintings as "degenerate"? Did he buy his painting back from Fischer? Did he take advantage of the collector's family's plight? Or did he pay a fair market price, as the Kunsthalle Karlsruhe suspects? Crucial questions remain unanswered. Nevertheless, the Limbach Commission urged restitution, precisely because it assumed that Fischer had been wronged.

The case of the Heckel painting, though unusual, shows how broad and complex the field of Nazi-looted art still is today, 88 years after Hitler seized power and 76 years after the fall of the "Third Reich."

What is clear is that between 1933 and 1945, the Nazis operated an elaborate procurement system for looted art. They made use of a multitude of legal regulations, various authorities and even institutions set up specifically for the purpose. Jews and those persecuted as Jews were the main victims of looting both in the German Reich and in the territories occupied by the Germans. More often than not, the beneficiaries were senior Nazi bureaucrats who built up valuable collections, above all Adolf Hitler, who saw himself as an art lover and patron. They all indulged in the ideal of beauty of a "German art." Expressionists, Dadaists, artists of the New Objectivity, Surrealism or Cubism were frowned upon as "degenerate" — as were the works of Erich Heckel. 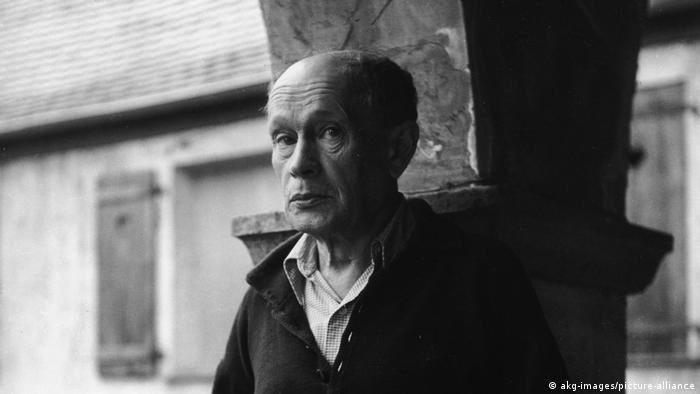 In the 1945 London Four Power Agreement, the main Allies of World War II branded art thefts as "crimes against humanity." However, it was not until 2000 that a report by US historian and Holocaust researcher Jonathan Petropulos for the US Congress revealed the full extent of the theft. Petropulos estimated that about 600,000 works of art were stolen within the sphere of influence of the Germans between 1933 and 1945, a third in Germany and Austria alone. Assets were confiscated, Jewish art collectors forced to sell below value, at the latest when they — like Max Fischer — were forced to flee the country. Many of the objects are still lost today — up to 10,000 works of art are still hidden in public collections and private property worldwide, according to the Munich-based legal expert Hannes Hartung.

There seems to be no doubt about the events in Nazi Germany, but dealing with looted art is difficult today. The 44 signatory countries of the Washington Declaration — which is non-binding under international law — at the 1998 Washington Conference on Holocaust-Era Assets agreed their goal was to find "fair and just solutions" for the descendants and heirs of people whose property was stolen. Germany pledged to search state museum holdings for cultural assets seized as a result of Nazi persecution and to return any artworks found to their rightful owners.

That does not mean there is an individual, enforceable claim for restitution, however. Experts are generally critical of the project, as became clear in 2018 at an international conference at Berlin's Haus der Kulturen der Welt. Gunter Gebauer, a philosopher at the city's Free University, said it is not enough to hope for a voluntary commitment.

"Waiting for the moral instincts of art owners to kick in is a bit naive," Gebauer told public broadcaster Deutschlandradio Kultur back then, adding that he felt restitution legislation was needed.

Unlike in Austria, however, Germany still has no such law. For the time being, only the Limbach Commission is involved with disputes concerning the restitution of looted art. In January 2021, a valuable Guarneneri violin made headlines because the Franz Hoffmann and Sophie Hagemann Foundation has not yet returned the alleged looted property to the heirs of the Speyer music dealer Felix Hildesheimer — despite the commission's recommendation.

In the spectacular 2006 restitution case of Ernst Ludwig Kirchner's 1913 painting Berlin Street Scene by the Berlin Senate, the media and the public were indignant. The case demonstrated the difficulties of morally binding, but legally non-binding principles.

The foundation also has a handout for museums and public institutions on its website — unfortunately of little help for the clarification of a key issue: Every sale after 1933 by a victim of the Nazi dictatorship is presumed to have been a result of persecution. That could be debunked by saying the object fetched an appropriate purchase price. But what was a reasonable price? It is hardly possible to make serious assessments in retrospect due to a lack of market data, as Christian Fuhrmeister, a Munich-based provenance researcher, told the German Handelsblatt newspaper. What matters is whether the sale was made under pressure. Here, too, a German restitution law could bring more clarity. For Erich Heckel's Siblings, that much is certain, the wait is over.