Sale of Nazi-seized paintings raises more than £550,000 for sight-loss charity

The third and final painting sold at an auction house in Vienna for more than £200,000 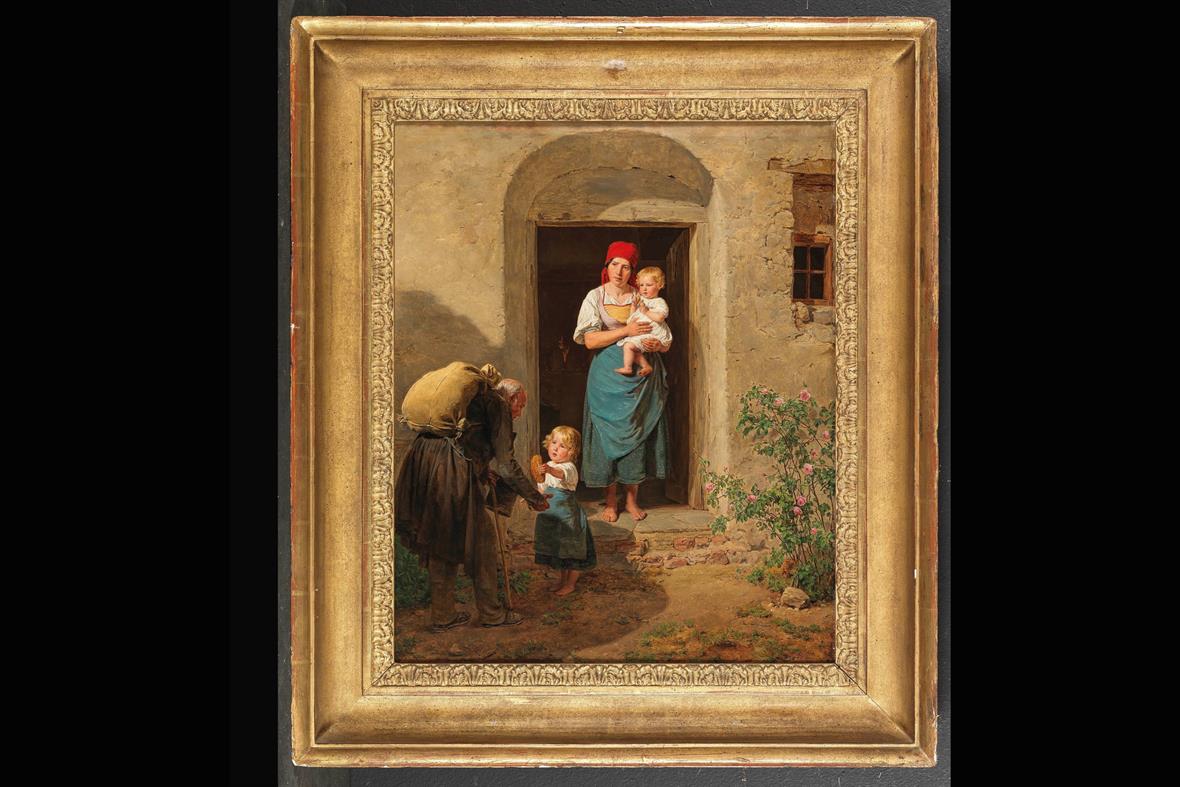 More than £550,000 has been raised for a sight loss charity following the recovery and sale of three lost paintings seized by the Nazis in the run-up to the Second World War.

The Compassionate Child (The Beggar) by the 19th-century Austrian artist Ferdinand Georg Waldmüller sold for about £207,000 at an auction house in Vienna yesterday.

It is one of three paintings by the same artist which were part of a surprise legacy to the Vision Foundation almost 50 years after the death of the benefactor, Irma Löwenstein Austin.

The Vision Foundation said Löwenstein Austin, who fled Vienna for London to escape Nazi persecution, left the majority of her estate to the charity, formerly the Greater London Fund for the Blind, when she died in April 1976.

Löwenstein Austin and her husband, Oscar Löwenstein, were prominent members of the Jewish community in Vienna in the 1920s and 1930s, and had an extensive art collection.

But in 1938, the collection was seized by the Nazis under the antisemitic Nuremberg Laws and the couple escaped to London, only for Löwenstein to die shortly after reaching the UK.

Löwenstein Austin, who remarried but also outlived her second husband, and had no children of her own, spent years after the war trying to reclaim the art collection, the charity said. However, her efforts were blocked by the then-Soviet Union, which was one of the four power-sharing states controlling Vienna at the time.

Although she was able to bring some pieces of the collection to London, and the proceeds of their sale went to the charity after she died, many artworks remain unaccounted for.

But in 2018, the charity was told that three paintings belonging to the Löwenstein collection, by the artist Waldmüller, had been found in German museums.

The foundation, with support from the law firm Charles Russell Speechlys and the art advisory experts Cadell + Co, both working pro bono, was able to recover the pictures.

Olivia Curno, chief executive of the Vision Foundation, said: “We’re over the moon to have achieved €240,000 for this beautiful painting in this, our 100th birthday year.”

“The funds raised by these three paintings will help us to deliver projects which empower people, educate employers, and change policy and public attitudes.

“Without Irma’s generous decision nearly 50 years ago, we wouldn’t be in a position to deliver this vital work.”