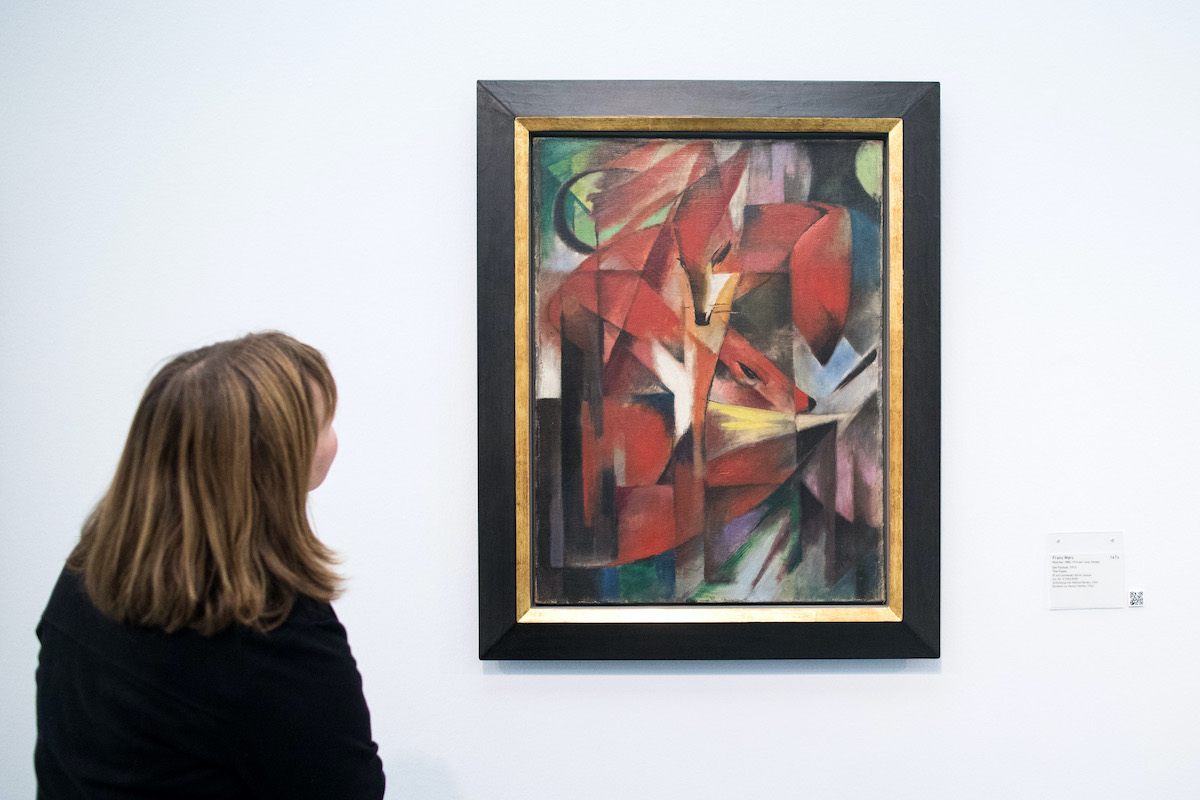 A Franz Marc painting that has been the subject of a years-long restitution case will be returned to the heirs of its former owner, the Jewish businessman and banker Kurt Grawi, who sold the work during World War II. The German city of Düsseldorf will restitute Marc’s 1913 painting Die Füchse (Foxes) to Grawi’s heirs, according to a report by the German publication Der Spiegel. The city’s art collection has held the painting since 1962.

The debate surrounding the restitution of Die Füchse has been closely followed by experts because of the work’s unusual provenance. Whereas most artworks subject to restitution claims were sold under duress in Europe, where the Nazis had control, this one was not—it was purchased at auction in New York in 1940. The restitution of the Marc painting could potentially redefine what it means for a work to have been sold under duress.

Der Spiegel reports that Düsseldorf’s cultural committee voted unanimously to return the work, which is estimated to be worth €15 million–€30 million (about $18 million–$36 million). The work had until recently hung in the Düsseldorf Kunstpalast, which first received the claim for the restitution of the painting six years ago.

The city’s decision aligns with a recommendation from the country’s advisory panel on Nazi-looted art issued last month. Markus Stoetzel, a lawyer representing Grawi’s heirs, told the Art Newspaper, that his clients are “happy that the advisory commission has recognized [Grawi’s] suffering under the Nazis and the context of pressure and necessity in which he sold this work.”

Kurt Grawi bought the painting in 1928. His businesses and properties were seized by the Nazi Party in 1935, and in 1938, he was imprisoned at the Sachsenhausen concentration camp in Germany for several weeks. He wrote in a 1939 letter that he would use the funds from the sale of the work to flee Germany, via Belgium, for Chile.

Grawi was able to smuggle the painting out of Germany to Paris. It was ultimately purchased for an unknown price in New York in 1940 by German-American film director Willam Dieterle. In 1961, it was acquired by Helmut Horten, the owner of a chain of German department stores; the following year, Horten donated the piece to the Düsseldorf City Art Collection.

The German art magazine Monopol reported that experts had recommended the restitution of the painting because they believed it had been sold under duress, even though its auction occurred “outside the Nazi sphere of influence.” The committee added that the sale was “so closely connected with National Socialist persecution that the location of the event becomes secondary in comparison.”

The decision regarding the Marc painting is not the only World War II-era restitution news to break this week. On Monday, the Munich-based Bavarian State Paintings Collection announced the return of a ca. 1480 painting of St. Florian, which was created by an unknown artist, to the “community of heirs” of prominent German-American art dealership A. S. Drey.