A Jewish art dealer in Munich was forced to sell the work in 1935. 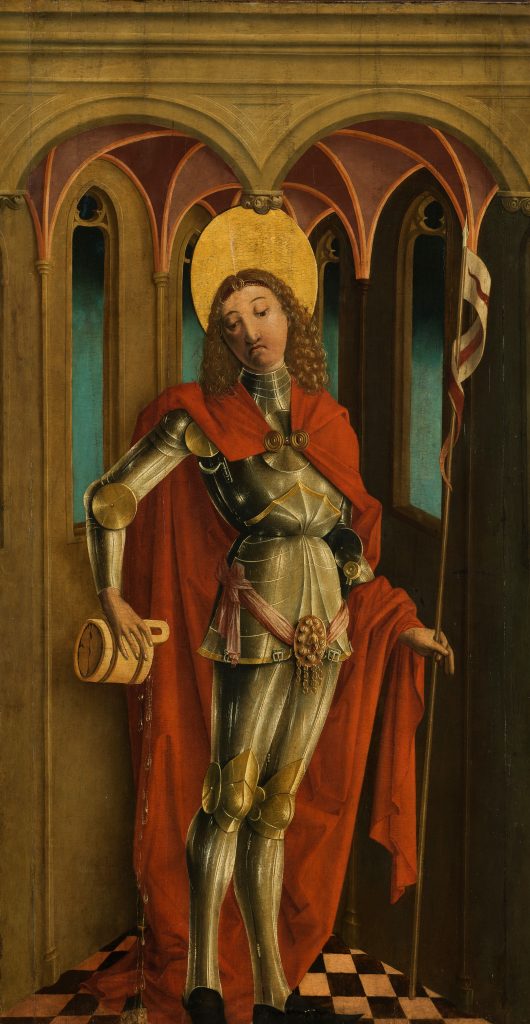 The Bavarian State Painting Collections in Munich have restituted a Nazi-looted painting from the late medieval period to its legal heirs. The 1480 work by an unknown artist had been in the collection of Munich art dealer A.S. Drey, who was Jewish, before it was sold off as a result of Nazi persecution.

The painting was handed over on April 23 to the heirs of Drey and his business partners, Ludwig and Friedrich Stern. “The great injustice that the Drey and Stern families had to suffer under the Nazis has been officially recognized and a step taken towards making amends,” said Bavarian State Minister Bernd Sibler in a statement.

The painting’s return marks the 21st restitution made by the Bavarian state collections in recent years.

The late medieval wooden panel, which had been in the Staatsgalerie Burghausen’s collection, depicts Saint Florian. It was a wing of a medieval altarpiece; the whereabouts of adjacent sections are unknown.

A.S. Drey’s gallery partners, which included the Sterns, as well as Franz and Paul Drey, were all of Jewish heritage. In 1935, the Reich chamber of fine arts announced that their Munich art gallery would be dissolved. The dealers were then required to pay a massive sum and punitive taxes, which forced them to consign several works from their holdings, including the wooden panel of Saint Florian. It was bought by the Bavarian state in 1936.

“We are grateful to the Bavarian State Painting Collections for carefully investigating the provenance of the painting and for establishing contact,” said lawyer Imke Gielen, who is representing the heirs. “The restitution is also the result of the continuous, systematic research carried out by the Bavarian State Painting Collections on their holdings.”