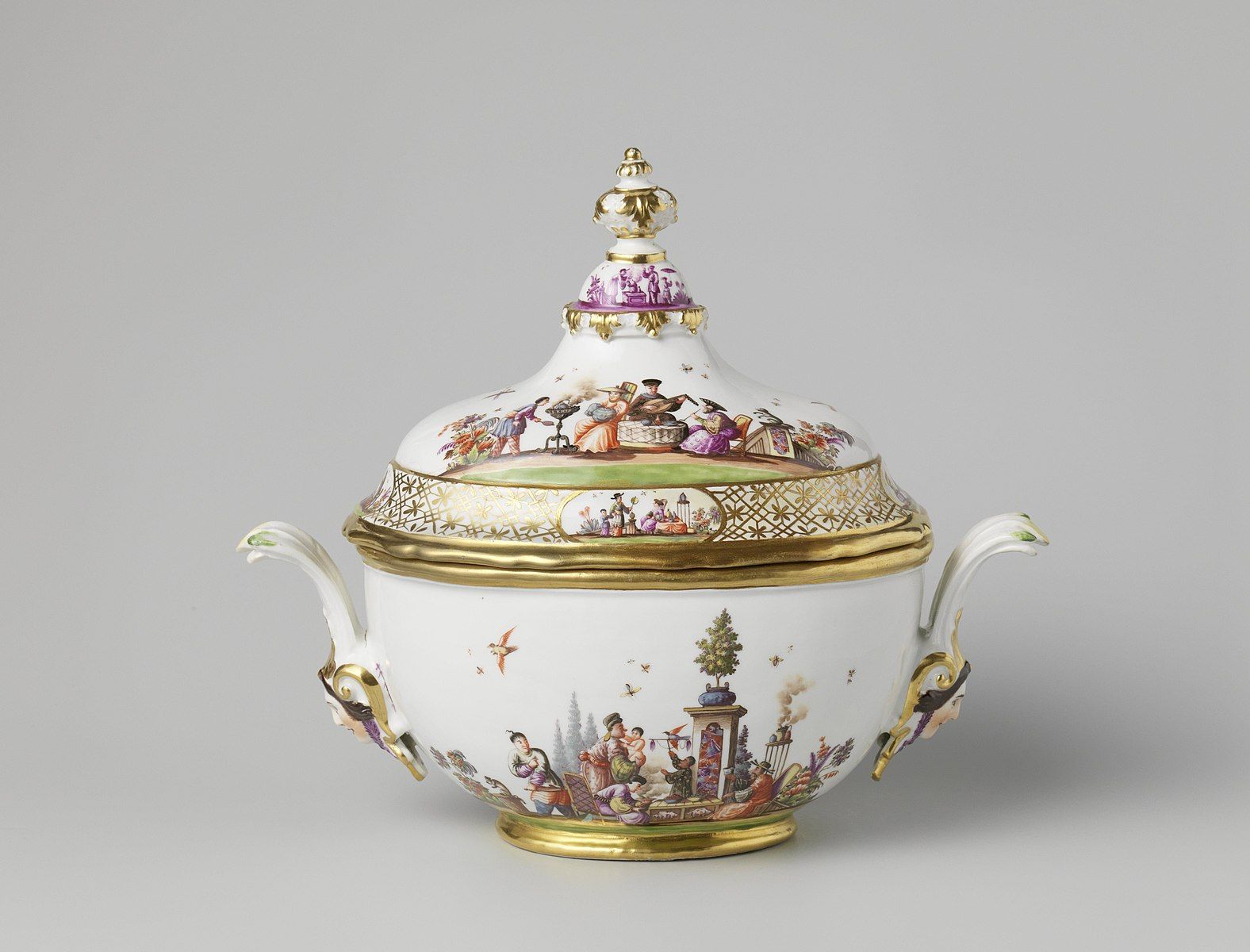 Around 100 pieces of Meissen porcelain will be auctioned by Sotheby's

Sotheby’s will auction a collection of early 18th-century Meissen porcelain that was restituted by the Dutch government to the heirs of Franz Oppenheimer, a Jewish businessman who fled his home in Vienna the day before Austria was annexed by Nazi Germany.

Oppenheimer’s collection, valued at more than $2m, will be sold in around 100 lots in a New York auction in September, Sotheby’s said in a press release. It includes items of royal provenance such as pieces from the collection of Augustus the Strong, the Elector of Saxony and King of Poland who founded the Meissen porcelain factory in 1710.

The collection was housed for more than 60 years in the Rijksmuseum, the Kunstmuseum Den Haag and the Museum Boijmans Van Beuningen in Rotterdam. But in December 2019, the Dutch Restitutions Committee recommended its return to the heirs of Oppenheimer and his wife Margarethe, whose collection was one of the most important ensembles of early works from Europe’s first porcelain factory.

Franz Oppenheimer was born in Hamburg and held various positions in the coal industry. The couple fled Nazi Germany in 1936 for Vienna, taking a part of their collection with them. But in 1938, as the Nazis marched into Austria, the Oppenheimers fled again, this time via Budapest and Stockholm to the US.

The part of the collection to be auctioned by Sotheby’s never got to Vienna, but instead found its way to the Netherlands, where it was in the possession of Fritz Mannheimer, a German banker in Amsterdam. While the exact circumstances of Oppenheimer’s loss are unclear, the Restitutions Committee concluded that “he lost possession of these objects involuntarily due to circumstances directly related to the Nazi regime”.

Sotheby’s says it will provide more details about the objects to be auctioned in the coming months. A list of restituted items published in 2019 by the Dutch Restitutions Committee includes tankards, coffee pots, cups and saucers, tea caddies, milk jugs, tureens, cane handles, vases and scent bottles.