In a Huge Win for Restitution Activists, a Scottish University Will Become the First Western Institution to Fully Repatriate a Benin Bronze

The object is expected to finally arrive in Nigeria within weeks. 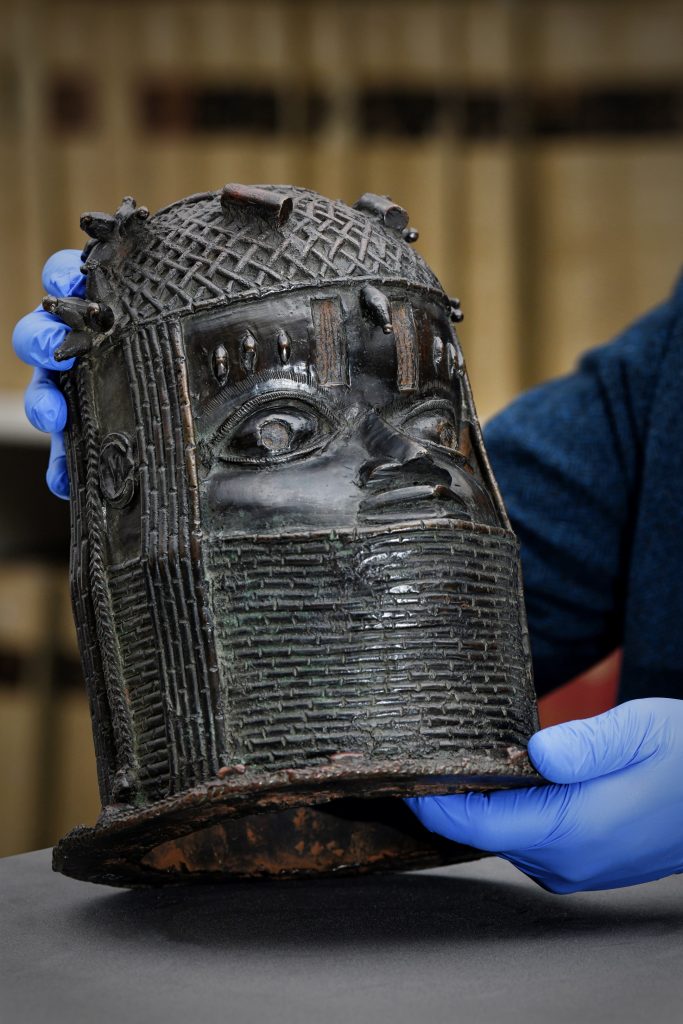 Head of an Oba is expected to be returned to an independent trust in Nigeria within weeks.

The University of Aberdeen in Scotland will repatriate a Benin Bronze in its museum collection to Nigeria.

The bronze is expected to be given to an independent trust in the African country within weeks, which would officially make it the first Benin Bronze to be fully restituted from the West.

Neil Curtis, head of museums at the university, said in statement that an ongoing review of the collection identified the bronze as having been acquired “in a way that we now consider to have been extremely immoral, so we took a proactive approach to identify the appropriate people to discuss what to do.”

The sculpture, which depicts an Oba of Benin, was looted by British soldiers in a 19th-century punitive colonial mission. During the 1897 sacking of Benin City in present-day Nigeria, British forces stole thousands of cultural treasures including metal and ivory sculptures and carvings, which today live in museums and private collections around the world.

The university acquired the bronze at auction in 1957, and calls it a “superb example of Benin Late Period art.”

The University of Aberdeen’s vice chancellor, George Boyne, welcomed the decision in a statement. “It would not have been right to have retained an item of such great cultural importance that was acquired in such reprehensible circumstances,” he said. 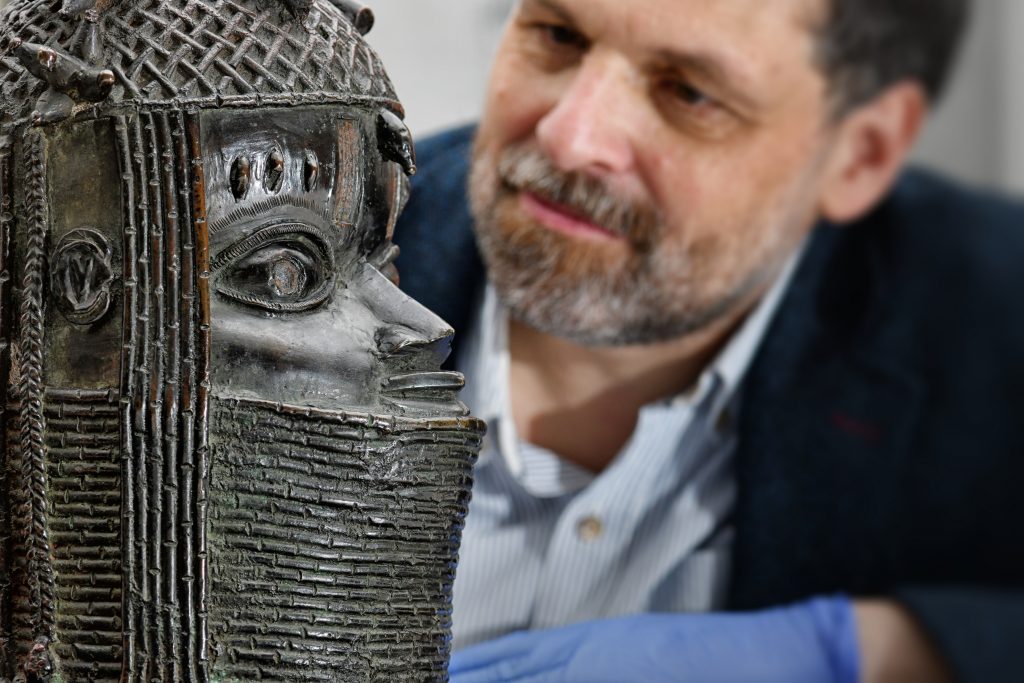 Neil Curtis with the Benin Bronze.

Nigeria’s minister of information and culture, Lai Mohammed, praised Aberdeen for proactively reaching out and returning the object, calling it “a step in the right direction.”

“Other holders of Nigerian antiquity ought to emulate this to bring fairness to the burning issue of repatriation,” he added.

The university is now making practical arrangements and will work with Nigerian officials on a celebratory event to mark its return.

Officials accepting the object have not ruled out working with Western institutions wishing to display items of Nigerian origin.

“We welcome collaborations and agreements of all sorts,” Abba Isa Tijani, the director general of Nigeria’s National Commission for Museums and Monuments, said in a statement. “We love the fact that others cherish these great artworks. International travelling exhibitions of these artworks is part of what we offer the world.”

The news is victory for champions of the restitution movement, suggesting progress on an issue that has long been stalled.

For decades, calls have been mounting for the return of these items, which have become symbols of the worst of colonial-era injustices. The conversation has been gaining momentum in recent years, with many museum investigating the provenance of the Benin objects in their collections, and working with Nigeria to support the creation of the Edo Museum of West African Art in Benin City.

But Tijani stresses that there is more work to be done, citing other purloined Nigerian antiquities, including objects from the Ife, Nok, Esie, Owo and other regions.

The proposed return of 26 Benin objects from the Quai Branly museum in France has been stalled for years. Similarly, Germany, which announced this week its intention to repatriate Benin bronzes, has yet to return any.