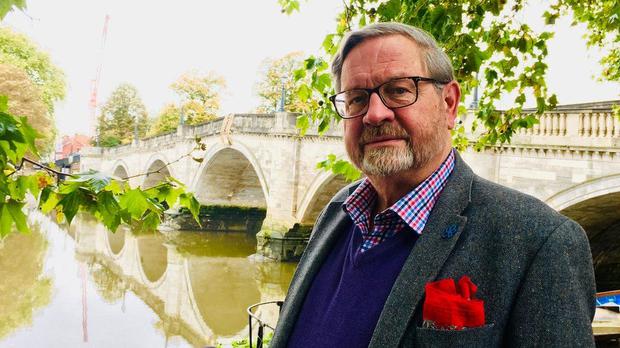 On the morning of February 12, 1994, a pair of thieves stole a ladder, smashed a second-floor window and made off with a masterpiece from the National Gallery in Oslo, grabbing Edvard Munch’s 1893 painting The Scream and leaving behind a pile of broken glass, a pair of wire cutters and a postcard.

The front of the card reproduced A Good Story, a painting by Norwegian artist Marit Walle showing three red-faced men howling with laughter. On the back was a message scrawled by one of the thieves: “Thanks for the poor security.”

Security footage revealed that it took less than a minute for the thieves to complete their smash-and-grab, although one of the intruders had fallen down the 12-foot ladder on his first attempt to climb its steps. To get the bulky painting down to the street, he leaned out the window and slid the frame down the ladder’s rails, into the hands of his accomplice.

Most stolen art vanishes forever. But it took only three months for The Scream to be located by Charles Hill, a master of undercover operations in Scotland Yard’s elite Art and Antiquities Unit, better known as the Art Squad.

Half-British, half-American, Hill was a Vietnam War veteran and Fulbright scholar who had planned to become a priest before joining the Metropolitan Police, rising through the ranks while acquiring a reputation as one of Britain’s finest art detectives. He went on to recover purloined sculptures and paintings by Vermeer, Goya and Titian before he died February 20 at 73, at a hospital in London.

Hill cut a striking figure at Scotland Yard, where he wore tortoiseshell glasses and peppered his conversations with references to medieval history and Oscar Wilde.

In his book The Rescue Artist, an account of The Scream’s theft and recovery, journalist Edward Dolnick called Hill “temperamentally allergic to blandness and routine”, writing that the detective resembled an amalgam of “Prince Valiant and Raymond Chandler’s Philip Marlowe”.

In pursuit of stolen art, Hill often disguised himself as a dodgy art dealer with a Mid-Atlantic accent, wearing a bow tie, seersucker suit and tasselled loafers. (Personally, he preferred a Donegal tweed jacket.) After The Scream disappeared – on the same day that Norway hosted the opening ceremony of the Winter Olympics at Lillehammer – he took on the role of “Chris Roberts,” an agent of the Getty Museum in Los Angeles.

Hill got in touch with a group of middlemen and convinced them that the Getty would pay £500,000 to recover the painting, a swirling, expressionist depiction of a howling figure under a blood-red sky. He was soon meeting with an art dealer who took him to a summer house in Asgardstrand, on the Oslo Fjord, where The Scream had been kept under a blue sheet in the basement.

“The picture is painted on heavy cardboard, which surprised me, but I turned it over and there was the famous image, including the original splatter marks where Munch blew out a candle on it,” Hill recalled in a 2018 interview with Garage, an art and fashion magazine. “I said something original like ‘Holy mackerel’ while I admired it.”

Three of the four gang members were ultimately released, after a court ruled that the sting operation violated Norwegian law because of the false identities used by Hill and other British officers.

“Still,” Hill said, “the painting was recovered and that was the important thing.”

Far from a frivolous crime, Hill saw art theft as a strike against humanity’s collective heritage, and considered the acquisition of stolen or looted art as similar offences.

Art thieves, he often said, were typically career criminals – men who acquired masterworks to sell, without realising how hard it is to do so – rather than diabolical villains like the title character in Dr No, who exhibits a stolen Goya in his lair.

Hill was instrumental in recovering many of the 18 paintings stolen in 1986 from Sir Alfred and Lady Beit’s estate, Russborough House in Co Wikclow, by gangster Martin ‘The General’ Cahill. Passing as an art dealer who had lined up Arab buyers, he travelled to a Belgian car park in 1993 and unwrapped Vermeer’s Woman Writing a Letter, With Her Maid, which he later called “the greatest masterpiece I’ve had the pleasure to hold”.

Along with the Vermeer, he helped recover Goya’s Portrait of Doña Antonia Zárate, and vowed to Lady Beit that he would find the remaining stolen paintings. Until his death, he was still searching for the last two, a pair of Francesco Guardi landscapes that he suspected were hanging in the home of an unwitting buyer in Florida.

“I’m confident that the owner of these very beautiful paintings will eventually realise their origins,” he told the Irish Daily Mail last year, “and return them to the Irish people.”

Hill said he started working on art cases after taking an undercover assignment in which a pair of criminals showed him a painting, believing it to be valuable.

He correctly identified it as “a Victorian pastiche” worth just a few thousand dollars. He was later promoted to detective chief inspector and, after leading the Art Squad for several years, retired from Scotland Yard in the mid-1990s.

Continuing his investigative work as a private detective, he tracked down paintings including Titian’s Rest on the Flight Into Egypt. Seven years after the theft, he found the small panel painting stowed in a plastic shopping bag at a bus stop in west London.

Other pieces eluded him, including 13 works stolen from the Isabella Stewart Gardner Museum in Boston.

He singled out Irish American crime boss Whitey Bulger as a prime suspect for the 1990 theft and spent years seeking information.