Christie's closes access to historic archive due to staff cuts 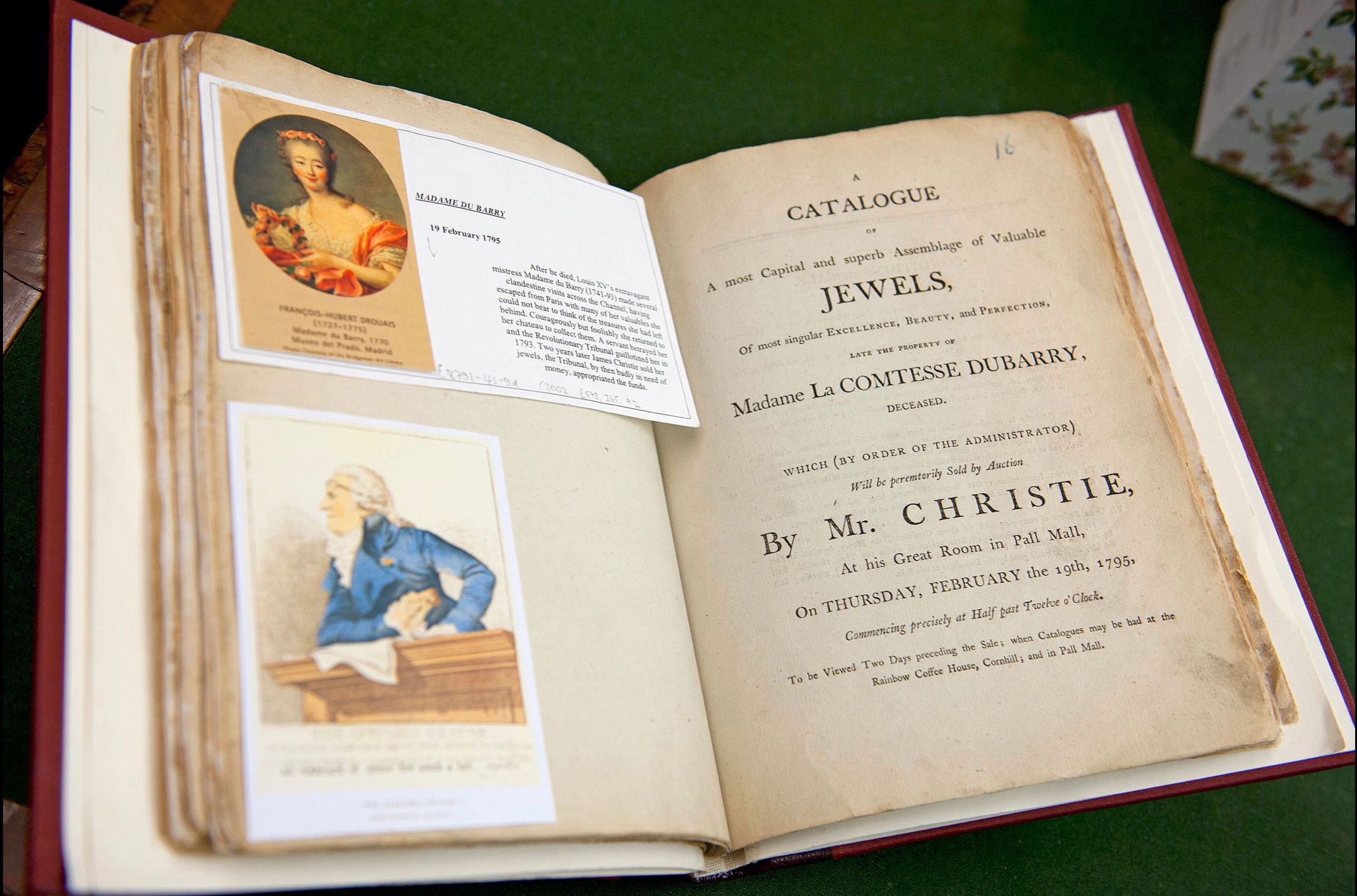 A catalogue for the sale of the Madame du Barry collection of jewels on 19 February 1795, from Christie's archive

Christie’s decision to stop external access to its extensive archive due to staff cutbacks has vexed dealers and scholars who relied on the invaluable resource. The archive, kept at Christie’s King Street saleroom in London, is the largest and most complete auction archive in the world with catalogues dating back to 1766.

“As a courtesy Christie’s has previously supplied complimentary archival information for the purposes of research,” says a Christie’s spokesperson in a statement. “However, with regret, the archives team has had to be reduced and can now only serve the needs of our own specialist teams.”

Anthony Crichton-Stuart, the director of Agnew’s gallery, has been a frequent user of the archive for research purposes. “It seems rather mean spirited. There is no equivalent archive. It goes back to the very first sale, every catalogue is hand-annotated—Sotheby’s has never done that,” he says.

The archivist and head of library services at the Sir John Soane’s Museum in London, Susan Palmer, is also dismayed at the closure: “It is a great blow to scholarship and seems a rather drastic step, rather than instituting, say, a charge for the service.”

Although there are partial sets of catalogues elsewhere, for instance at the British Library and the Soane Museum library, Palmer says that "what is important to scholars and researchers is not only the completeness of the set but also that they include records of every buyer at every auction and the price paid, which is, of course, invaluable information when researching the history and provenance of an object.”

Over the 32 years that Palmer has worked at the Sir John Soane’s Museum, she says she has found it to be "the most useful archive other than the museum’s own archive when we have been researching and cataloguing objects". Palmer and her colleagues have used it, for instance, to "establish key information about some of our most important cork models, about books in Soane’s library, about 15 important original drawings by Piranesi and most recently about some of the Greek vases in the collection".

In a letter printed in Antiques Trade Gazette last month, the dealer Mike Sanderson writes: “For those of us who have been involved in the art world for most of our careers it is a seismic change to the old order. Over the years l have enjoyed many exchanges with the amiable and efficient custodians of the Christie’s archive—in some instances resulting in mutually advantageous outcomes.”

Dirk Boll, the president of Christie's in Europe, the Middle East, Russia and India, tells The Art Newspaper: “Sadly the whole King Street building has been closed down for the public due to the coronavirus, and we are very limited in its use [online sales and preparatory work only]. Previously we supplied complimentary archival information for research, but as of November of last year we had to confirm we were no longer able to fulfil these requests or to answer enquiries from external agencies, at least for the time being. So much information has moved online, and a high percentage of requests work out that way, also for internal research.”

But, Boll adds: “Be assured that we remain committed to keep our records in a proper and accessible manner, and we will be exploring ways in which we can develop access in the future."

In an interview published on Christie’s own website in 2019, Lynda McLoeod, Christie’s head librarian, spoke about her work with the archive and helping with external inquiries: “Occasionally, clients or art dealers ask for our help. Two days a week, by appointment, we open the archives to researchers or curators looking to find out more about their own collections. It’s a bit like going to the British Library. If we know exactly what they’re looking for, we locate and prepare the materials for them to read on-site. They might have seen a number on the back of a painting, for example, and not know what it is. We can help clear that up.”

Last week, The Art Newspaper reported that the library and archives at the Wallace Collection in London are under threat of closure as part of cost-cutting measures—the internal consultation closes today.