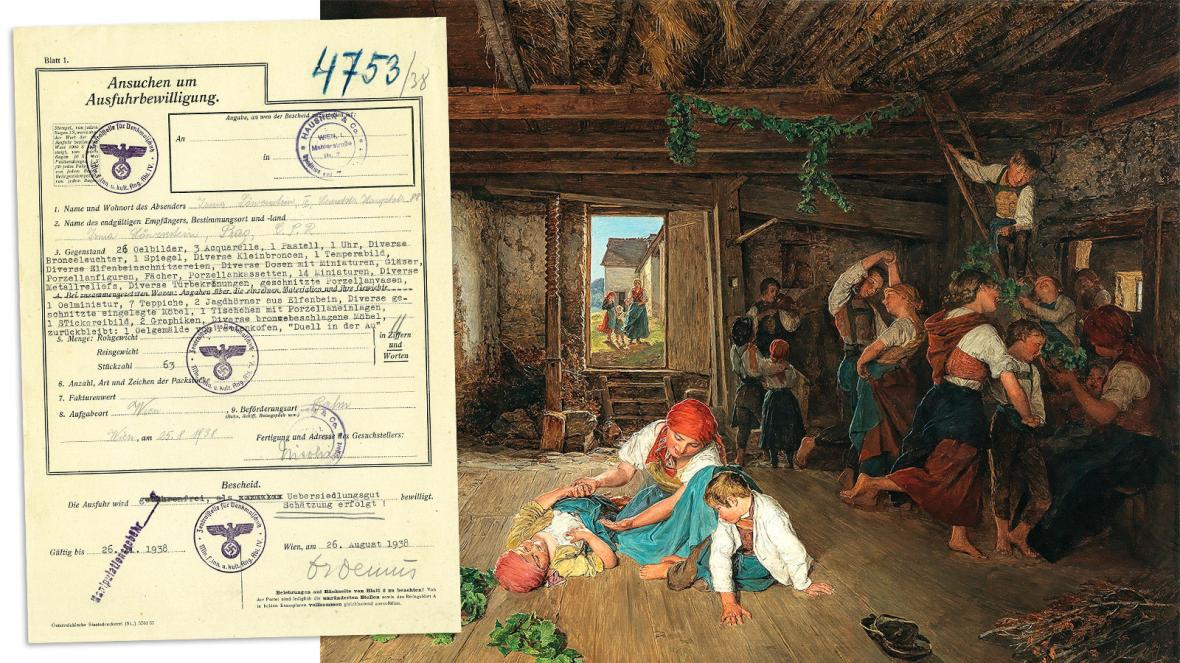 Preparing the Celebration of the Wine Harvest

A Jewish woman’s quest to reclaim the artworks Adolf Hitler stole from her has finally succeeded 50 years after her death, providing a huge windfall for a British charity.

During her lifetime Irma Lowenstein was continually foiled in her mission to reclaim three paintings that had been seized from her Vienna apartment in the 1930s and were due to become part of Hitler’s Führer Museum in Linz.

Ms Lowenstein and her husband, Oscar, who ran a liberal newspaper in Austria, fled to Britain in 1938 and settled in London. He died shortly afterwards and she remarried and became Irma Austin. She then attempted to reclaim her possessions, including the three Ferdinand Georg Waldmüller paintings that had been seized under the anti-Jewish Nuremberg Laws. 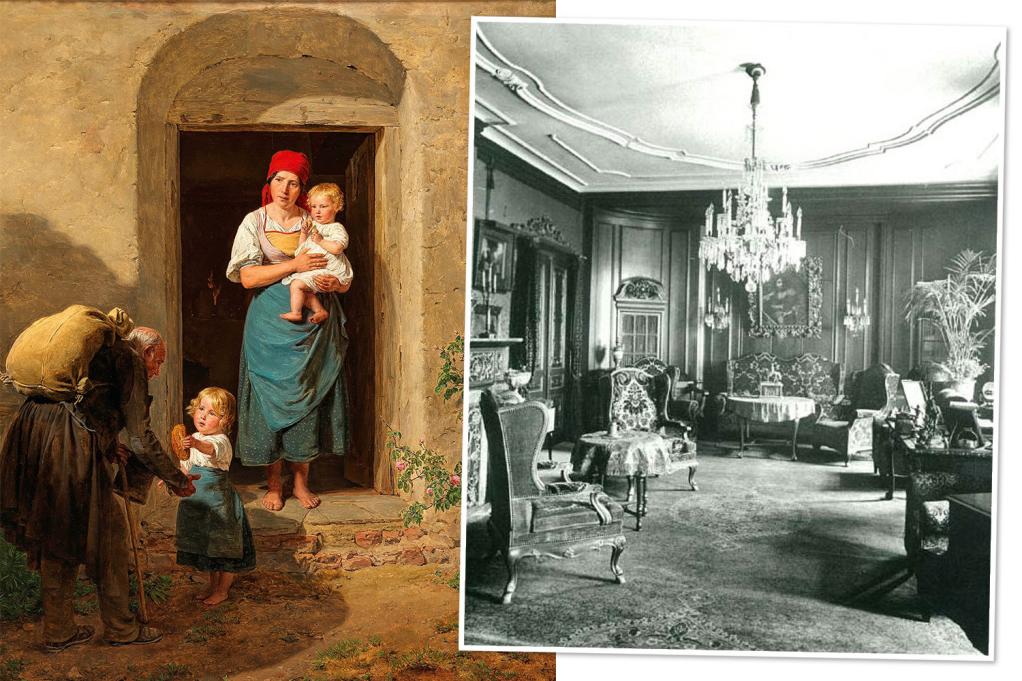 The Good-Natured Child, left, was seized from the Vienna apartment of Irma Lowenstein, right

In the mid-1950s, however, Sir Anthony Eden, then the foreign secretary, instructed an official to tell her that the Soviet Union, which was then part of the four-power authority controlling postwar Vienna, had vetoed the return of the artworks.

Mrs Austin died in 1976, aged 86, without any heirs and left her estate to the Greater London Fund for the Blind, which is now known as the Vision Foundation.

It was not until 2018 that a German genealogist contacted the Vision Foundation with the news that three Waldmüller paintings held by the German state and on loan to various museums in the country actually belonged to the foundation through Mrs Austin’s estate. With the help of the legal firm Charles Russell Speechlys, working pro bono, the Vision Foundation has now succeeded in assuming ownership of the three paintings: Preparing the Celebration of the Wine Harvest, The Grandparents’ Visit and The Good Natured-Child (The Beggar). The first two were bought in Vienna in November for a combined €383,000. The third painting is due to be sold, and is expected to fetch €200,000.

“At first we were sceptical,” Tamsin Baxter, a director at Vision Foundation, said of the initial contact from the genealogist two years ago. “But the moment we realised this was real there were high-fives in the office.”

The paintings had been on display at museums in Munich, Dortmund and Berlin for several decades by the time that Charles Russell Speechlys began investigating the charity’s claim. Rudy Capildeo, a partner at the firm, said their research had shown that Mrs Austin had “always hit a buffer” in her attempts to reclaim her property.

Mr Capildeo said: “The power of this legacy could not be more profound for the Vision Foundation during these unprecedented times.” Ms Baxter said that while it was unclear why Ms Austin had chosen the charity — there is no record of her having had vision problems — it showed the “magic of legacies”.

She added: “After everything Irma Austin must have gone through in her life, it is truly remarkable that almost 50 years since her death she is still supporting a cause that appears to have meant so much to her during her life.”

• In 2010 a chance investigation of Cornelius Gurlitt as he crossed from Switzerland to Germany led to the discovery of more than 1,500 works of art, many of which had been amassed by his father, Hildebrand Gurlitt, an art dealer employed by the Third Reich. Some have since been returned to the descendants of the original Jewish owners.

• The 2015 film Woman in Gold was based on the true story of Maria Altmann, an elderly Jewish refugee living in California, who fought to reclaim Gustav Klimt’s portrait of her aunt, which had been stolen from her relatives by the Nazis in Vienna. The US Supreme Court ruled in her favour in 2004.

• The British Museum agreed in 2013 to compensate descendants of a Jewish art collector who owned a series of medieval German drawings that had been looted by the Gestapo and were later given to the museum.