While visiting the Arolsen Archives, a Norwegian journalist discovered a small collection of personal items that had been confiscated from concentration camp prisoners from Norway when they were arrested by the Nazis. Gøril Grov Sørdal resolved to help search for the relatives of the victims so these mementos could be returned. Thanks to intensive research, excellent knowledge of the country and appeals on television and radio, she helped the Arolsen Archives to find nearly all of the families. 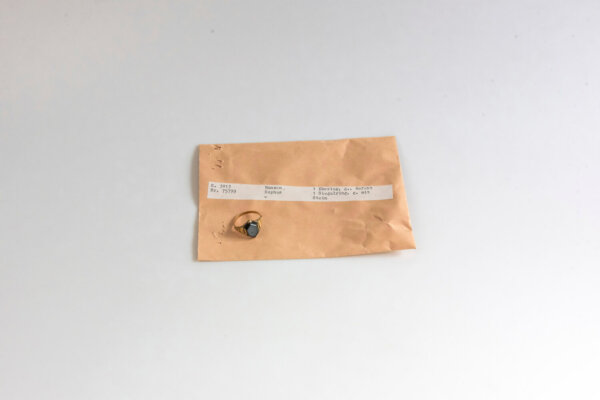 Sophus Hansen’s engagement ring. Sophus was arrested shortly before his wedding. He never saw his fiancée again: shortly before the liberation in Neuengamme concentration camp, he succumbed to typhoid fever

More than 9,000 resistance fighters were arrested by the Nazis during Germany’s occupation of Norway. They were sent to German concentration camps, where some of them had to perform heavy forced labor. The Arolsen Archives hold thousands of documents with extensive information about these victims of persecution from Norway – as well as a collection of personal objects that a small group of them left behind in Germany.

The collection comprises items like pocket watches, wallets and jewelry from around 30 prisoners who were rescued from the camps as part of the famous “White Buses” operation by the Swedish Red Cross. The Swedes were allowed to drive to the concentration camps and pick up Scandinavian prisoners with the official authorization of the SS. These prisoners were taken to an assembly camp at the Neuengamme concentration camp, where they were cared for by the Red Cross before being returned to their home countries. Their personal effects were taken along as well, as they were on any transport. Some of these items remained behind in Neuengamme and subsequently entered the collection of the Arolsen Archives.

The journalist Gøril Grov Sørdal could not stop thinking about the fate of the Norwegian prisoners after she visited the Arolsen Archives in the summer of 2019 while conducting research into a different topic and saw the personal effects for the first time. Together with her team, she began searching for the descendants of the former prisoners in Norway in order to return their personal items. She reported on television and radio about the objects being returned and presented the personal effects of concentration camp prisoners whose families she had not yet found. Thanks to these efforts and a good collaboration with the Arolsen Archives, nearly all of the relatives could be tracked down. 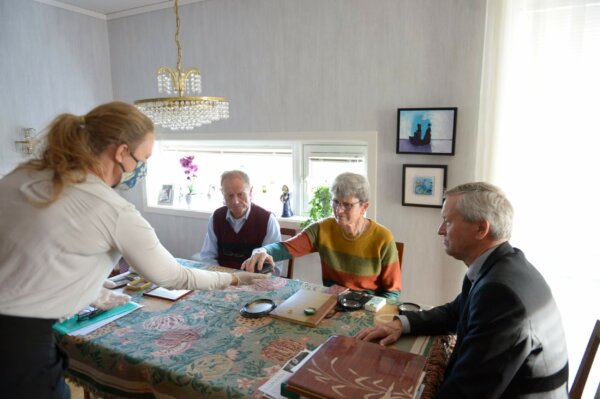 The Arolsen Archives still hold over 2,000 personal effects belonging to people from all over Europe with the aim of returning these objects to family members. When searching for families, the institution relies on the help of volunteers such as Gøril Grov Sørdal – people who are familiar with a country and its language, are interested in the history of Nazi persecution and are willing to conduct exciting but also time-consuming local research.