Two paintings looted by Nazis during WWII to return to Poland 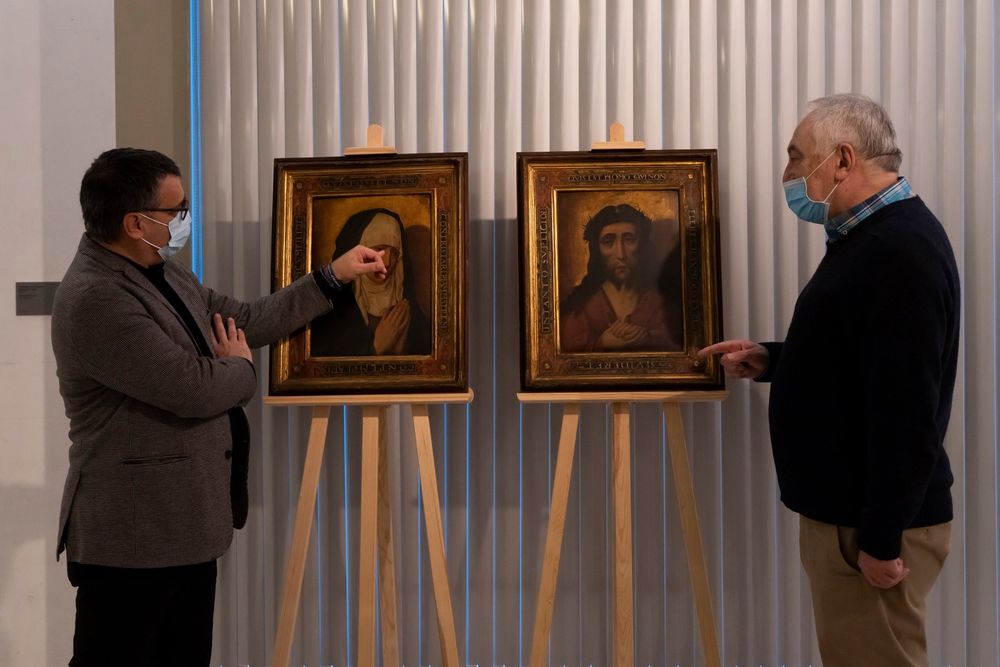 The Pontevedra Museum in Spanish Galicia will return to Poland two 15th century paintings stolen by the Nazis during World War Two and later discovered in Spain, the museum's director Juan Manuel Rey has told the EFE Spanish news agency.

The two paintings being returned to Poland are "Dolorosa" (Lady of Sorrows) and "Ecce Homo" (Behold the Man), which originally formed the same religious diptych by the Flemish painter Dieric Bouts.

According to documentation provided to the museum by the Polish Ministry of Culture and National Heritage, the works of art found in the museum in Pontevedra belonged to the Czartoryski Collection housed in Goluchow, west-central Poland.

The heir to the Czartoryski family collection and his wife, Princess Maria de los Dolores de Borbon Dos Sicilias y Orleans, after the German attack on Poland, tried to save the works of art by hiding the paintings in the basement of the museum, located outside the wall of their estate. However, they were arrested while trying to flee the country, and the Nazis discovered the place where the paintings were concealed and plundered the most valuable works.

The paintings were taken from Warsaw in 1944 and appeared on the art market in Madrid in 1973, where they were purchased by a patron of the museum, Fernando Lopez, for his personal collection. In 1994, the diptych was purchased by the museum for a price currently equivalent to EUR 23,000.

At the end of March, the Spanish museum received notice from the Polish Ministry of Culture that the paintings had been looted from Poland by the Nazis. "There is no doubt that these are the same paintings that Poland is referring to," said the museum's director Juan Manuel Rey, quoted by EFE.

Rey said he was very pleased to contribute to "historical reparation" and stated that the museum had not been aware of where the paintings had come from and whether any irregularities had occurred in their acquisition.

The museum also announced that before the paintings are returned to Poland, they will be exhibited for the last time for the Spanish public in January. The theme of the exhibition will be the looting of artworks during wars.