It was found in Kyiv and ended up in California — here's how a painting by Renaissance master Lucas Cranach the Elder stolen and resold by the Soviets may be coming home. 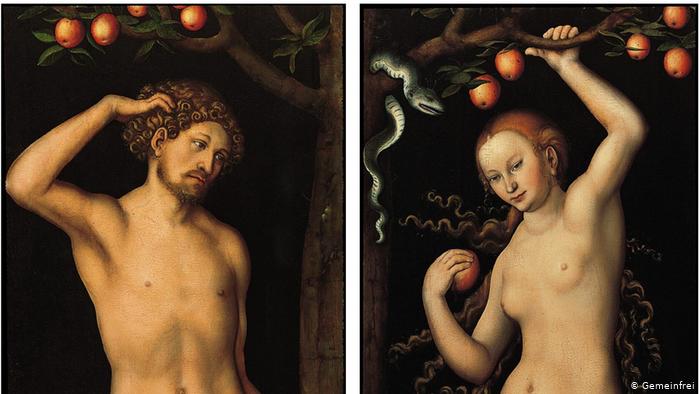 The Adam and Eve diptych by Lucas Cranach the Elder

The diptych Adam and Eve by Lucas Cranach the Elder, a master of German Renaissance painting of the late 15th and early 16th centuries, has long been at the center of a legal dispute.

The two paneled-work is now in the collection of the Norton Simon Museum in Pasadena, USA. Courts in the USA have already decided twice that they should remain there.

But now the case could be reopened, as the Ukraine is also considering to sue for restitution. Yelena Zhivkova, deputy director of the Bogdan and Varvara Khanenko National Museum of Art in Kyiv, is convinced that her country has a good chance of securing the pair of Renaissance paintings.

In 1927, Vasily Ishchenko, an agent investigating the confiscation of works of art in religious institutions and an employee of the state museum, which had previously been a monastery, found a wooden plaque under a staircase to the bell tower of one of the churches. On it were two figures: Adam and Eve. The paintings were cleaned and initially became part of an exhibition for anti-religious propaganda.

The director of the museum invited a prominent expert on Western art, Sergei Gilyarov, to view the find. He dated the work to the time of the German Renaissance. The paintings were then brought to the art museum where Gilyarov worked — now the Khanenko Museum.

Afterwards, a thorough investigation and restoration began. As the work was restored, at some point, a snake with a coat of arms on its back appeared under a layer of lacquer in the corner of one of the panels: the "signature" of Lucas Cranach the Elder and proof that he had been the original artist. 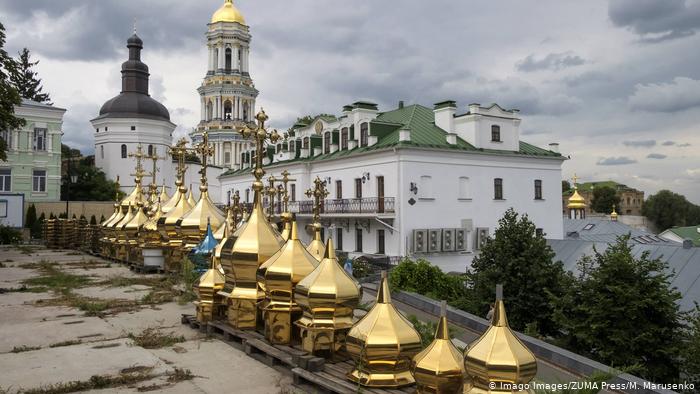 However, the masterpiece was only in Kyiv for a short time. Two years after it was found, it was confiscated by the Soviet authorities responsible for buying and selling antiques. They brought it to Leningrad where authorities were evaluating works of art from state museums to sell at auctions abroad, said Serhiy Kot, a historian at the Institute of History of Ukraine. The Soviet Union urgently needed "hard cash."

"When it was proven that it was a work of art by Cranach the Elder, the sellers had an additional incentive, because they received commissions. They were very interested in selling the diptych abroad, no matter how hard Gilyarov and his colleagues fought to keep the work of art," Kot told DW.

In 1931, Adam and Eve was sold by the auction house Rudolph Lepke in Berlin for $10,000 to the well-known Dutch art dealer Jacques Goudstikker.

But instead of being sold as a confiscated work of art, which would have naturally raised eyebrows, it was advertised at auction as part of the collection of the aristocratic Russian Stroganov family, according to Yelena Zhivkova, deputy director of the Art Museum in Kyiv, where the paintings were first housed.

She found the original catalog from the auction. "The Bolsheviks wanted to hide the fact that they were selling works from state museums, which was forbidden," the art expert said. This point may prove crucial when deciding the future fate of the paintings.

The journey to the USA

At the beginning of the Second World War, while fleeing from Nazi-occupied Holland, the art dealer Goudstikker, who was Jewish, was forced to sell his collection of paintings, including the work of Cranach the Elder to Nazi leader Hermann Göring.

After the end of the Second World War, the Americans found the paintings in Göring's residence and handed them over to the Dutch government as part of a restitution. 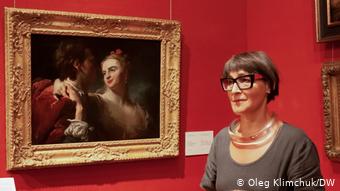 The Kyiv museum's deputy director Yelena Zhivkova (pictured) is certain that Ukraine can bring the paintings back home.

In the 1960s, the diptych was discovered by one of the Stroganov's heirs, Prince Stroganov-Shcherbatov. He filed a lawsuit in which he asserted his right to the paintings in accordance with restitution law and won — the paintings were his. But he didn't hold onto the works for long. The prince sold them to American art collector Norton Simon in the 1970s. In 1974, Simon's collection became the property of the Pasadena Art Museum, where Adam and Eve hangs today.

A return to Kyiv?

For the art expert Yelena Zhivkova, the case is clear: in light of the false information provided by the Soviets when the diptych was first sold, Ukraine should try to get Adam and Eve back. Zhikova has already succeeded in finding two paintings at international auctions bringing them back to Kyiv.

The Khanenko Museum lost around 25,000 artworks during the Second World War. Zhivkova says that it was suspected that the paintings captured by the Germans had been burned in the Soviet offensive near Königsberg. "Every day I browse hundreds of antique websites and look for the needle in the haystack. There are 471 paintings in our catalog of war losses. I know them all by heart," she says. 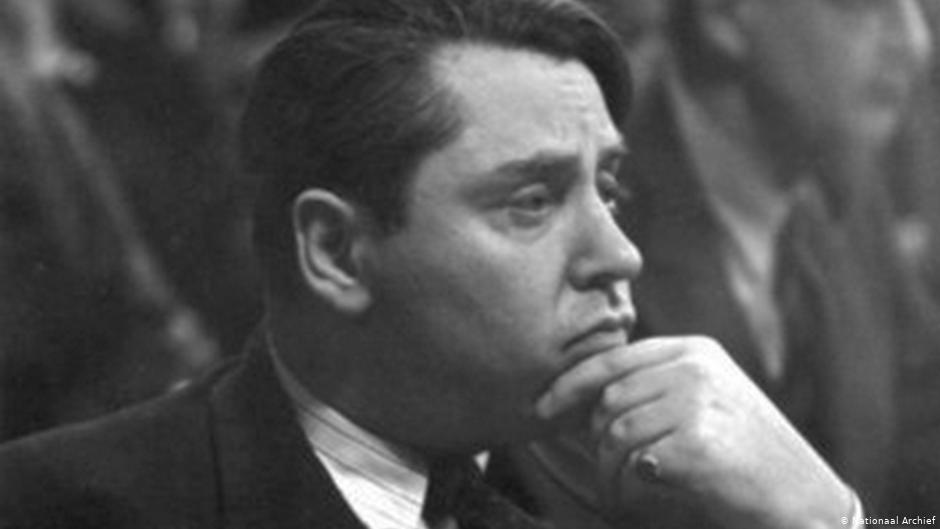 Work is already underway on a new law on cultural heritage covering the period from 1920 to the beginning of the 21st century, according to Ukrainian Deputy Minister of Culture Svitlana Fomenko. "In the summer, a presidential decree was issued which clearly states that returning Ukrainian cultural heritage from abroad is a top priority," she told DW.

The return of Adam and Eve to Ukraine is a long-term but promising project, the deputy minister believes. Ukraine has yet to prove its right to the Cranach Diptych, she added.

According to her, obtaining original documents that prove the art was stolen and sold under false pretenses are necessary. Then the Ministry of Culture could negotiate on a diplomatic level or take legal action. "Ukraine has not yet filed a claim for the return of the Cranach Diptych. But we are working on it," she said.

This article was translated from German by Sarah Hucal.