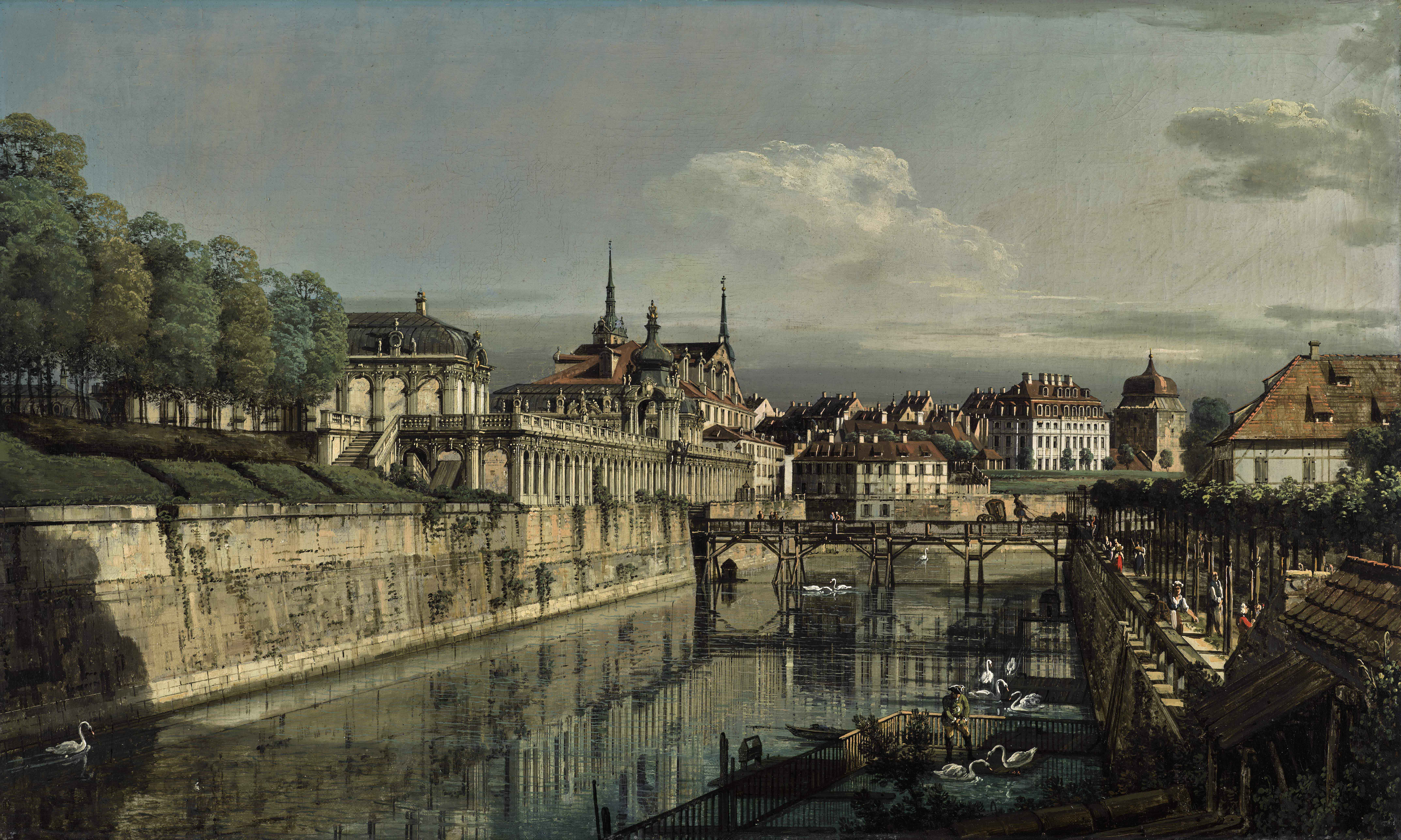 A painting considered one of Bernado Bellotto’s major masterpieces is to be auctioned by Sotheby’s after it was restituted to the heirs of Max Emden, a Jewish retail magnate who lost much of his wealth as a result of Nazi persecution and sold the work under duress to Adolf Hitler.

Estimated to fetch between £3m and £4m, A View of the Moat of the Zwinger (1758) is one of several Dresden landscapes by the Venetian painter, who first arrived to work in the city in 1747 at the invitation of Augustus III, the Elector of Saxony. The auction house describes the painting as a highlight of its cross-category evening sale in London on 28 July.

From the early 1960s, the painting was housed in the residence of successive German presidents until 2005, when President Horst Köhler removed it and returned it to the government after learning its history. Until its return last year, it hung in the Military History Museum in Dresden.

One of the founders of Berlin’s famous KaDeWe department store, Emden owned stores around Germany and as far afield as Italy, Hungary and Scandinavia. He left Hamburg and withdrew to his island property on the Swiss side of Lake Maggiore in 1933. His businesses, properties and financial assets in Germany were seized by the Nazis in 1934 and 1935.

By 1937, he was almost insolvent and began to sell his art collection and other household items of value. He sold three Bellotto paintings below market value in 1938 to Karl Haberstock, a dealer who bought art for Adolf Hitler’s planned Führermuseum in Linz. There is no evidence Emden received the proceeds of the sale.

The works were seized by Allied troops after the war. One, a view of the market square in Pirna, was mistakenly restituted to the Netherlands and is now lost. The view of Dresden’s Zwinger and a second painting showing Vienna’s baroque Karlskirche entered the German federal collection in the 1960s.

Emden’s heirs fought for 15 years to reclaim them. Juan Carlos Emden, Max Emden’s grandson who lives in Chile, has said the family at first “faced closed doors and deaf ears.”

But in April last year, the German government’s advisory panel on Nazi-looted art recommended the return of both paintings to Emden’s heirs, arguing that “the targeted destruction of economic livelihood by the Third Reich as a means of implementing Nazi race policies (and a preliminary step towards the so-called ‘final solution’) was also applied in Max Emden’s case.”

The view of the Karlskirche, previously on loan from the government to the Kunstpalast museum in Düsseldorf, will be offered at the Sotheby’s Old Masters Day Sale Online (20-29 July) with an estimate of £150,000-£200,000.