Much of the hotly litigated fight over whether the state’s Court of Appeals should grant leave to appeal focuses on the interpretation of, and weight to be accorded to, a previous federal case involving a different drawing from the same 1930s art collection. 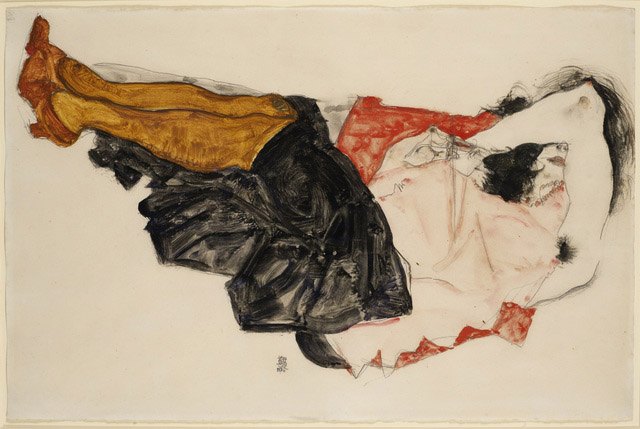 In a battle over whether the state’s high court should hear an influential case about ownership of two valuable, allegedly Nazi-stolen paintings, a group of Jewish-heir plaintiffs who won title in 2018 are arguing that findings that the paintings were indeed looted should not be disturbed, and that no novel issues of collateral estoppel or public importance exist or warrant review.

Much of the hotly litigated fight over whether the state’s Court of Appeals should grant leave to appeal focuses on the interpretation of, and weight to be accorded to, a previous federal case involving a different drawing from the same 1930s art collection, and whether the federal case rulings, when juxtaposed against state rulings in the current case, create issues that must be resolved for the New York art world and beyond.

The state case plaintiff, London-based art dealer Richard Nagy, who’d owned the two century-old Egon Schiele paintings but lost title after a 2018 ruling by then-state Supreme Court Justice Charles Ramos, has argued in his motion for leave that the federal case, Bakalar v. Vavra, settled questions about rightful ownership of an entire Schiele collection from the era and that the recent state rulings, including an Appellate Division, First Department decision from last June, “has, in essence, summarily reversed the findings of the Federal Courts, and created deep uncertainty about the laws of collateral estoppel and laches in disputes over the provenance of European artwork during the time period of Nazi activity and World War II.”

Moreover, wrote Nagy’s lawyer, William Charron of Pryor Cashman, in a motion filed on Feb. 10 for leave to appeal, “The availability and validity of these defenses is of major importance to the art world, and particularly to the New York art community since New York is recognized as an international hub” for art exhibitions, sales and auctions.

But the Jewish heirs and their attorney, Raymond Dowd of Dunnington Bartholow & Miller, contend in their recently filed opposition brief that the federal Bakalar case, which stretched from 2005 to 2013, was limited in its rulings to the particular Schiele drawing at issue there, called “Seated Woman,” and was not binding on the Schiele paintings at issue in Nagy’s case—“Woman in Black Pinafore” (1911) and “Woman Hiding Her Face” (1912).

As Ramos and the First Department ”correctly determined, Bakalar did not adjudicate the Heirs’ rights to the Grunbaum collection and was instead limited to a single artwork, Seated Woman, and a single purchaser, David Bakalar,” writes Dowd on behalf of his clients.

Addressing a 2012 Second Circuit’s affirmance in Bakalar of a federal trial court decision in Bakalar’s favor, Dowd writes that it was a “non-precedential summary order, showing that the Second Circuit did not intend to bind any future litigants.”

Adds Dowd, “Nagy’s argument that Bakalar adjudicated the entire collection for purposes of permitting 50 holders of artworks that were stolen from Grunbaum to benefit from David Bakalar’s laches defense through the doctrine of collateral estoppel is baseless and unprecedented.”

In addition, Dowd argues that “the Bakalar court further concluded that Bakalar had failed to prove any voluntary transfer from Fritz Grunbaum”—an Austrian Jewish art collector who was the original 1930s owner—”during his lifetime that would give [Grunbaum’s sister-in-law] Mathilde Lukacs (or any other person), and therefore Bakalar, good title.”

“However,” continues Dowd, “invoking the equitable doctrine of laches based on Bakalar’s almost fifty (50) years of possession and, most importantly, Lukacs’ death as well as the Heirs’ purported inaction; Bakalar was awarded title of Seated Woman not as a result of his own claim but by successfully asserting laches in response to the Heirs’ counterclaims.”

But Charron, in his brief asking for leave to appeal to the state’s high court, wrote that “the Federal Courts found, through an indisputably full and fair process, including trial and multiple appeals, that the Collection was not Nazi-looted property, and that laches otherwise barred” claims made by the same Grunbaum Jewish heirs now involved in the state Nagy case.

Added Charron in the brief, “Bakalar was litigated over the course of more than eight years through every level of the federal court system. The Southern District of New York, following international discovery that included Hague Convention procedures and a bench trial, rejected the same factual assertions and legal claims that Vavra and Fischer [Grunbaum-connected heirs or family descendants] asserted successfully (and without a trial) in this [state] action.”

But in an interview with the Law Journal, Dowd said “the artworks involved [in the different cases] had a different provenance path” and that “to understand the chain of title, you have to follow each artwork.”

Moreover, said Dowd, “The state courts are the common law courts—and the federal courts should be following state courts,” adding that Charron is “trying to turn it on its head.”

He added that “if an artwork has been stolen,” as the Jewish heirs claim the two paintings at issue were stolen from Grunbaum in the 1930s, “it remains stolen—if there is a thief in the chain of title on one can take good title.”

The Nagy state case itself traces back to the Nazis’ 1938 arrest of Grünbaum—an entertainer, public critic of Adolf Hitler and art collector—his imprisonment at the Dachau concentration camp, where he later died, and what happened to his 449-piece art collection, 81 of them Egon Schieles.

The Schiele works passed through the art world for decades after 1938, and Nagy and some other art dealers have argued that once the Nazis stormed Grünbaum’s home, his wife gathered up his artwork and shipped off most of it to Belgium, where a sister there took rightful ownership of the works.

It is without dispute that the Schieles seemed to disappear until 1956, when Swiss art dealer Eberhard Kornfeld put 63 of them up for sale. But it was unclear in 1956 how, or from whom, he’d obtained them.

Then in 1998, as the Schieles’ provenance became public debate, Kornfeld said that he’d gotten them from Grünbaum’s wife’s sister, Mathilde Lukacs-Herzl.

The heirs, however, contend that documents Kornfeld then presented to back up his claim were forgeries.

For Ramos in the state Supreme Court, the Nazis’ original persecution of Grünbaum, and how his art collection came into his wife’s possession, was central to his decision.

He wrote that the Nazis took away Grünbaum, but left behind his wife, Elisabeth Grünbaum-Herzl. Then once Grünbaum was at Dachau, he was forced, perhaps at gunpoint, to sign power of attorney over his possessions to her.

“A signature at gunpoint cannot lead to a valid conveyance,” Ramos said.