Universities give back relics after pressure over ‘colonial wrongs’ 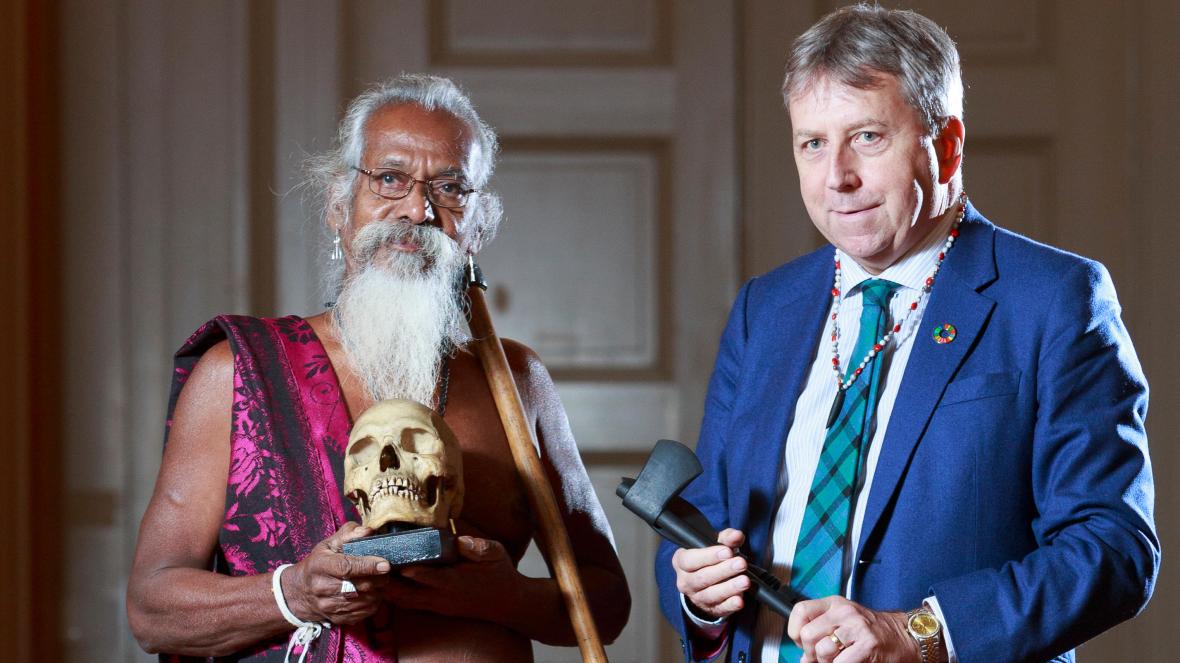 Wani Uruwarige, chief of the Vedda, visited Edinburgh for the return of nine skulls to his tribe

University museums are bowing to requests for the repatriation of overseas relics amid pressure from students to redress perceived historical injustices.

Requests from indigenous groups for items ranging from feathered headdresses to human skulls are being agreed in the vast majority of cases.

According to documents obtained under freedom of information legislation only one in seven requests made since 2009 to institutions linked to Oxford University have been denied. Edinburgh University is in the process of returning Maori skeletons to New Zealand and last year returned skulls to Sri Lanka, while in November Manchester University returned 43 objects to Aboriginal groups in Australia.

Paula Larsson, of Oxford University’s history faculty and founder of the Uncomfortable Oxford Project, which addresses imperialist legacies, said that in contrast to national museums, university institutions were leading the way with liberal repatriation policies.

She said that, historically, the process had been slow but curators and academics were now more proactive.

Nigel Biggar, leader of Oxford’s Ethics and Empire project, added that while universities should not oppose the return of objects to their rightful owners, their “surrender” should raise difficult questions, including how much of a focus is placed on European imperialism.

“Are today’s claimants really the heirs of yesterday’s victims? What, exactly, do contemporary Greeks have in common with ancient Athenians, such that the former can claim to be the rightful owners of the Elgin Marbles,” Professor Biggar asked. “Where these questions can be given satisfactory answers, the restoration of objects makes sense.”

Arts Council England is embarking on a project to update its advice to museums and galleries on how to deal with the repatriation of artefacts that are suspected of being looted during the colonial era. It said that given the increasing focus on the subject its last guidance, from 2000, was “very out of date”.

State sponsored institutions such as the British Museum and the Victoria & Albert are subject to increasing pressure to return items but claim that acts of parliament prohibit this with a narrow range of exceptions. Universities are not subject to the same laws, which means they are more free to decide what they do with their collections.

According to the documents, about 85 per cent of requests for the correction of “past wrongs” in the past five years were accepted by universities. Freedom of information requests were sent to institutions including Oxford, Cambridge, Durham, Bristol and SOAS University of London asking for correspondence on repatriation requests. UCL was also contacted but did not provide a response within the working time frame.

Cambridge University said it had received one request since 2009, which was for Aboriginal spears housed in Trinity College, which it rejected. Oxford received the greatest number of requests (nine) and accepted all but one. 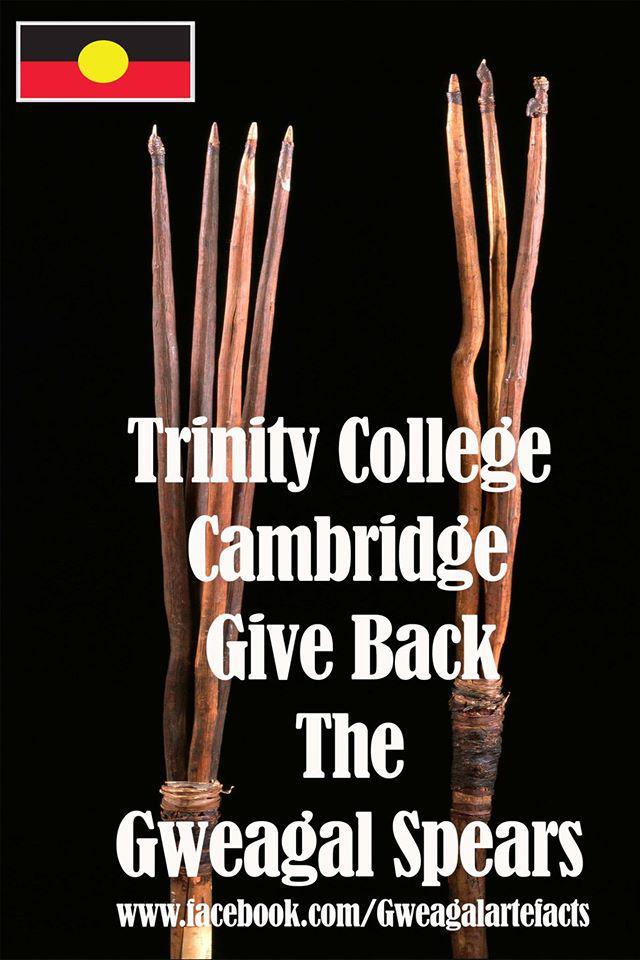 A campaign for Cambridge University to return Aboriginal spears goes on

Edinburgh said it had received three requests since 2009. In addition to the skulls and Maori remains it agreed to move 15 exhibits of human remains to the National Museum of Scotland. Bristol received one request, to return the body of a local man named John Horwood to his descendants. It agreed to this in 2011. In September Hawaii wrote to Oxford requesting the return of funerary heirlooms from the Pitt Rivers Museum, which it says were stolen by crewmen on board HMS Blonde in 1825. This request is still being considered, as is a demand from the Australian government for the return of 18 skeletons.

A letter sent to the university in 2015 by New Zealand’s Te Papa Tongarewa museum claimed that the bodies of their ancestors had been “traded by their enemies” before they came to be exhibited in the Pitt Rivers Museum. The items have been returned.

Cambridge was one of the few institutions not to uphold a request, when it refused to return the Aboriginal spears in 2017. In the documents it said it had “serious doubts” over how far the claimants represented the Aboriginal community.

Edinburgh University said: “Edinburgh’s efforts to return remains and artefacts to communities around the world form part of a policy established in 1990 . . . to examine and address its colonial legacy.”