Rebuffed by the banks, she pressed her fight and her testimony in Congress helped bring about a billion-dollar settlement over accounts of Holocaust victims that were long hidden. 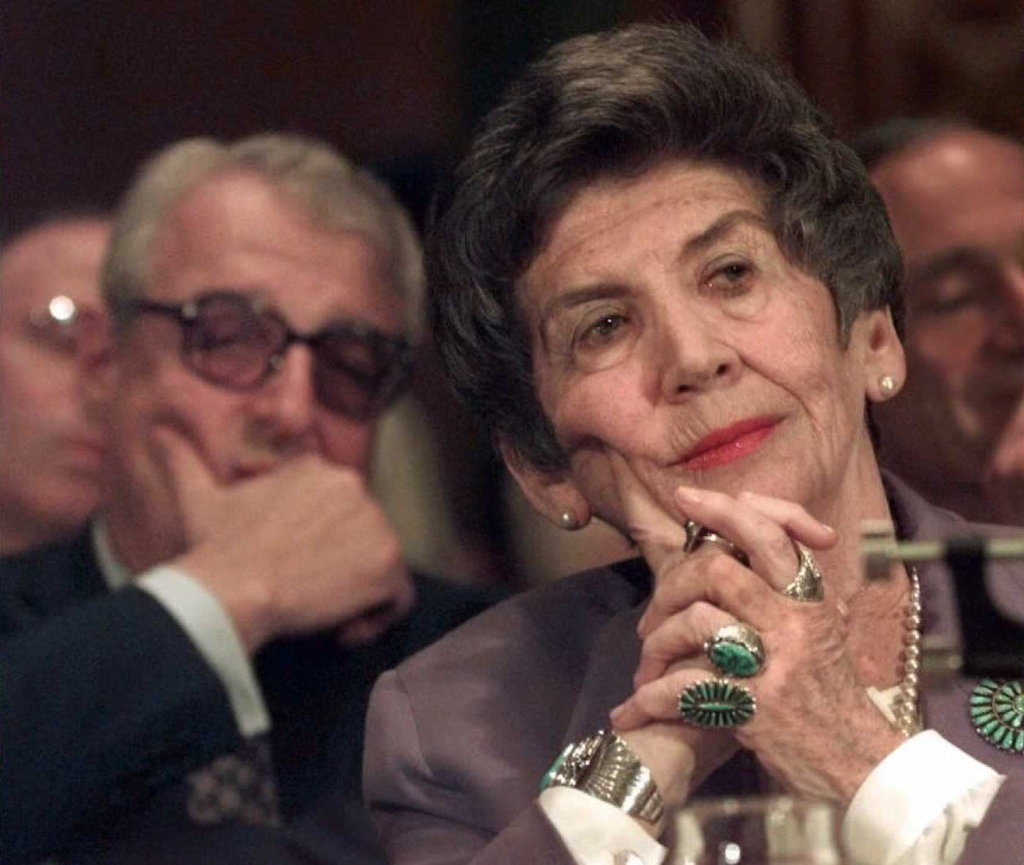 Greta Beer took her story of being denied access to information about her father’s Swiss bank account to Washington, testifying before the Senate Banking Committee in 1996.

Greta Beer, a Romanian Jew whose decades-long search for her father’s Swiss bank account helped force banks in Switzerland to pay more than $1 billion in compensation to settle a lawsuit over assets deposited by Holocaust victims, died on Jan. 23 at her home in Brighton, Mass. She was 98.

Her death was confirmed by Doina Simovici, a friend and the executor of her estate.

Ms. Beer’s frustrating private hunt turned into a very public mission in 1996. That was when she testified on Capitol Hill about the roadblocks she and her mother had encountered from bankers who told them her father’s account did not exist in the institutions he so trusted.

“May I just say, in that unbelievable hell around us, this was a safe haven,” she told the Senate Banking Committee at a hearing designed to pressure Swiss banks to compensate Holocaust victims and their heirs. “The place where we were was under horrible danger.”

Her father conveyed his faith in the Swiss banking system to his family even as he lay dying of kidney disease in 1940. But for Ms. Beer, that faith evaporated as her efforts to find the account, which she suspected was worth hundreds of thousands of dollars, were rebuffed. She never found justice. The banks never paid her a cent.

But Stuart Eizenstat, who was President Bill Clinton’s ambassador to the European Union and special representative on Holocaust issues, said by phone that Ms. Beer was an inspirational figure who in the end had achieved a victory.

By becoming the public face of thousands of victims, he said, she had helped generate the momentum that led to the $1.25 billion settlement of a class-action suit against the Swiss banks in 1998.

“It wouldn’t have happened without her,” said Mr. Eizenstat, who helped negotiate the deal and several similar ones, including a $5 billion settlement over slave labor by German companies. 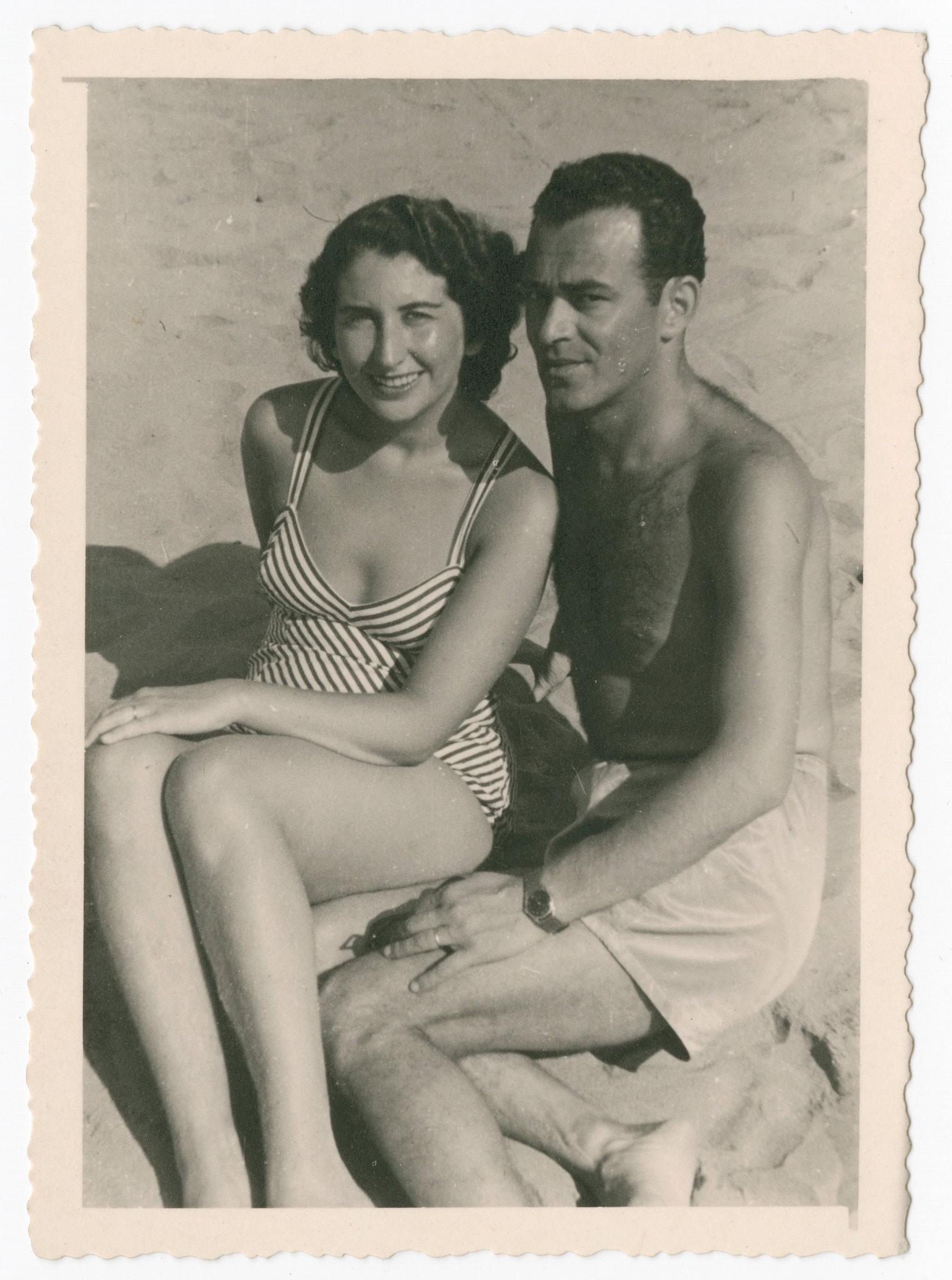 Ms. Beer and her husband, Simon Beer, in Italy in around 1950. After moving to the United States, they settled in Queens.

Greta Georgia Deligdisch was born on June 25, 1921, in Cermauti, Romania. Her father, Siegfried, owned a textile mill. Her mother, Rachelle (Gutter) Deligdisch, was a Polish immigrant who had studied philosophy at Jagiellonian University in Krakow.

The family was wealthy enough to send Greta to a Swiss boarding school and take vacations in Italy. Her father’s factory employed more than 1,000 people in Romania.

After business trips to Germany and Czechoslovakia, Mr. Deligdisch would travel to Switzerland to deposit money in his numbered account. Amid rising fears of the Nazis and the Russians, he nonetheless assured his wife, his daughter and his son, Otto, that the money was safe in neutral Switzerland.

In 1940 Greta and her family moved to Budapest, where they sought treatment for her father’s illness. As his condition worsened — and her hometown was taken over by the Russians — she asked him a question.

“I said, ‘Father, the numbered accounts, the accounts?’” she said in her testimony, recalling her conversation with him. “He was too sick to remember and died a few days later.”

She returned to Romania, living in Bucharest and Brasov; after the war, she fled Soviet-occupied Romania to Budapest and then to Vienna, where she lived in a displaced persons camp. Around that time she met and married Simon Beer, a physician. They lived in Italy before immigrating to the United States in 1951.

She and her husband settled into life in Queens. Her mother and brother arrived later.

By the early 1960s, Ms. Beer’s mother had moved back to Switzerland. And, following the Swiss legislature’s passage of a law that gave the banks 10 years to review their dormant accounts and return money to the account holders, Ms. Beer traveled to Switzerland to help her mother locate her father’s account. They were invariably turned away.

“The first time they let my mother and I in, they said, ‘We didn’t find anything but we are looking,’” Ms. Beer told The Jewish Advocate, a weekly newspaper in Boston, in 2003. “They had so many excuses. I know the money was there. My father deposited the money and then it’s gone. They expunged it.”

By the time of her Senate testimony, Ms. Beer had become a tour guide in New York City, capitalizing on her ability to speak several languages. And while the search for her father’s account remained futile, the world had changed.

The Swiss banks were coming under pressure from groups like the World Jewish Congress to be forthcoming to Holocaust survivors and their families. And as the banks expanded beyond Switzerland, they were open to criticism from the international business community.

Ms. Beer told her story in 1995 in an article in The Wall Street Journal, explaining how Swiss banks had concealed thousands of accounts belonging to Jews and others fleeing Nazi persecution. Mr. Eizenstat read the article and heard a stirring voice to end the banks’ obfuscation.

He asked her to testify at the Senate hearing, where he was also a witness.

“She was very nervous,” Mr. Eizenstat recalled. “This was totally overwhelming to her. Klieg lights were on. She was in her early 70s and had never gotten this exposure for her compelling story.”

When she testified, she vividly described the toll of fighting powerful, secretive banks armed only with the certainty that her father had opened an account and had promised his family would be taken care of. She had no documentation but was sure that the bank, whichever one it was, did.

“How can they ask us to remember things when the Swiss banks have at their command computers, machinery, everything?” she asked the banking committee. “Here it’s just small human beings against such an unbelievable giant.”

While she was part of the plaintiff class that settled for $1.25 billion, she did not receive restitution from any bank because proof of her father’s account could not be found. It was one of many that had no surviving documentation.

But in 2002, Edward R. Korman, the federal judge who oversaw the case, awarded her $100,000 from a law firm’s fees for her help leading up to the settlement. In a phone interview, Judge Korman said she had been not only a spokesman for the class but “a moral guide and a symbol of a moral issue.”

Ms. Beer, who was living on a limited income, told The New York Post after she was awarded the money: “I have worked very hard for years. It helps a lot. I’m very grateful to the judge.”

Ms. Beer stayed in regular contact with Mr. Eizenstat, who said that shortly before she died she repeated in a telephone conversation what she had often said: “Stu, don’t forget me, please don’t forget me.”