How a Nazi-looted painting entered an Israeli museum

Tel Aviv Museum of Art reveals surprising provenance of 19th-century work by Jozef Israëls, which will be restituted to Jewish owner’s heirs in October 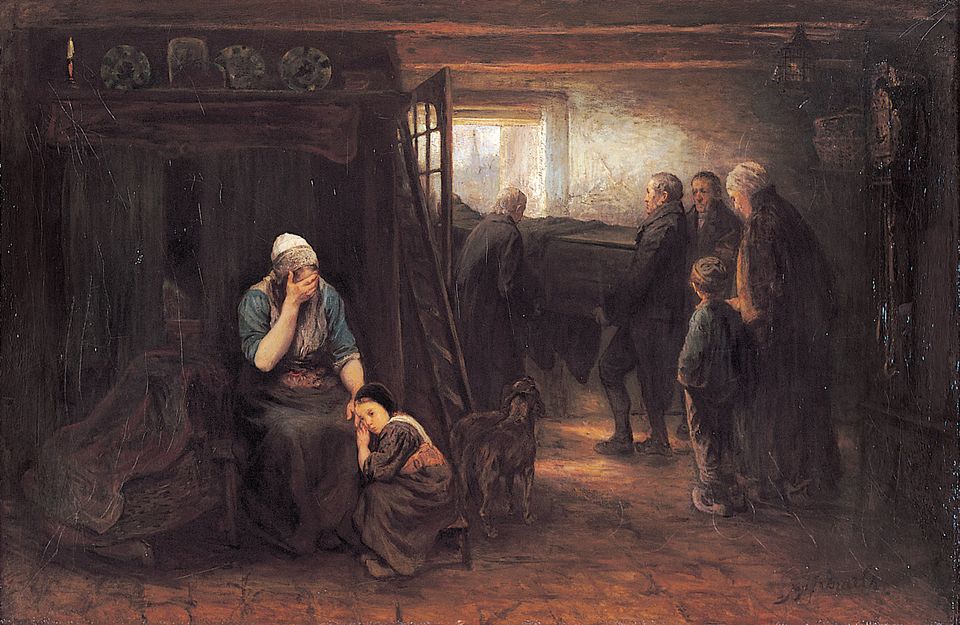 From Darkness to Light (1871) by Jozef Israëls was identified by the Mosse Art Research Initiative, set up by the heirs of Jewish German media mogul Rudolf Mosse

A new display at the Tel Aviv Museum of Art (TAMA) tells the surprising story of how a painting seized by the Nazis in 1933 from the Jewish German media mogul Rudolf Mosse entered the Israeli museum’s collection 60 years later.

From Darkness to Light (1871) by the Dutch painter Jozef Israëls was identified in 2017 by the Mosse Art Research Initiative, a ground-breaking provenance project set up by Mosse’s heirs and the German government. The researchers allowed the Tel Aviv museum to continue exhibiting the work to raise awareness of Nazi-looted art; it will remain on view until October, when it will be restituted to Mosse’s heirs. Over the years it has been frequently displayed in the museum’s Jewish Old Masters gallery and lent for international exhibitions. “The painting will be missed,” says Sophia Berry Lifschitz, the assistant curator of Modern art at TAMA.

The painting was sold at auction in 1934 and resurfaced on the market in 1993, when it was bought in good faith by the Tel Aviv-based art dealer, Meir Stern, himself an Auschwitz survivor. Stern sold the work to a private collector who donated it to the museum the same year.

The case illuminates the challenges still involved in identifying and restituting Nazi-looted art—even in Israel, where there is clear interest. Around 600 works of art seized during the Second World War and recovered by the Allied forces were transferred to Israel by Jewish restitution agencies in the early 1950s. Kept at the Israel Museum in Jerusalem, these objects have been exhibited and are catalogued on the institution’s website, yet few have returned to the heirs of the original owners.

“Over the years there have been efforts to return these art works, but they haven’t been very organised,” says Colette Avital, the chair of the Center Organizations of Holocaust Survivors in Israel. In the past, “people were looking for their families; they weren’t looking for their paintings”, says Shlomit Steinberg, the senior curator of European art at the Israel Museum and the curator of its current exhibition of the trove of the Nazi art dealer Hildebrand Gurlitt.

The now defunct Company for Location and Restitution of Holocaust Victims’ Assets (Hashava), a non-profit organisation backed by the Israeli government, primarily restituted the assets of Holocaust victims who had anticipated emigrating to a Jewish state. Hashava placed responsibility for provenance research on cultural institutions, which often lack the funding and expertise necessary.

Lifschitz believes that such attempts, while noble, are insufficient. “We’ve written letters petitioning the ministry of culture to dedicate resources to this issue, like many other European countries have done,” she says. “It’s not enough to say: ‘This is your responsibility.’ We’re doing everything within our capacity. But it requires expertise, and regular museum staff can’t do it if the goal is for the effort to be significant.”