An old museum label alerted staff at Ketterer Kunst that the watercolor had been confiscated from the museum in Halle. 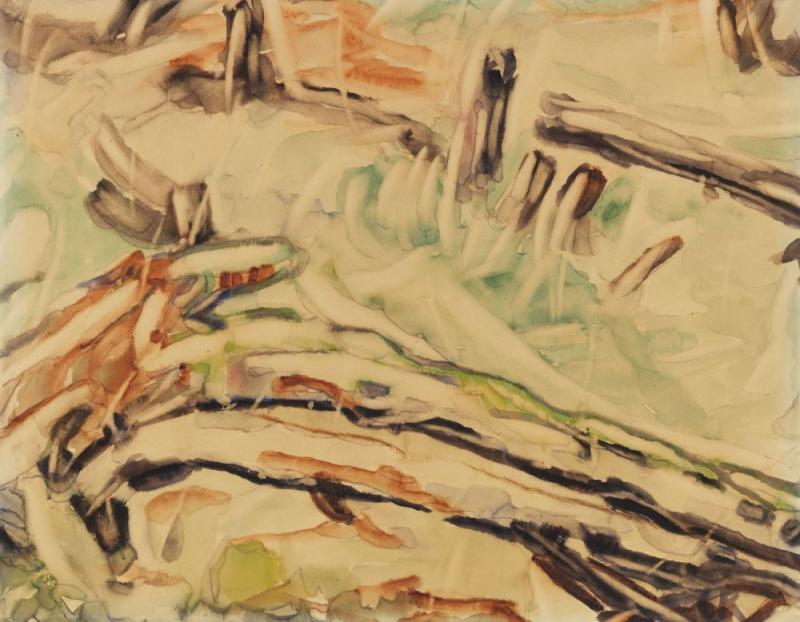 A German museum has recovered a watercolor the Nazis purged from its collection more than 70 years ago. The so-called “degenerate” painting by the leading German Expressionist Christian Rohlfs was one of the hundreds of confiscated works that passed through the hands of the notorious museum director turned art dealer and Nazi collaborator Hilderbrand Gurlitt.

Rohlfs’s Study for a Tree Trunk resurfaced when it was consigned for sale at the German auction house Ketterer Kunst. The Kunstmuseum Moritzburg Halle (Saale) in central Germany has been able to purchase the watercolor at a “fair market price” after a deal was brokered with its owner, according to the auction house’s press statement.

Staff at Ketterer Kunst discovered a vital clue to the provenance of the painting in the form of an old museum label on the back of the watercolor. After checking the work against the database of the Research Center for Degenerate Art, experts were able to confirm their suspicions that the watercolor was one of the 147 works confiscated from the Halle museum by the Nazis in 1937 during what was called the “Degenerate Art Action.” 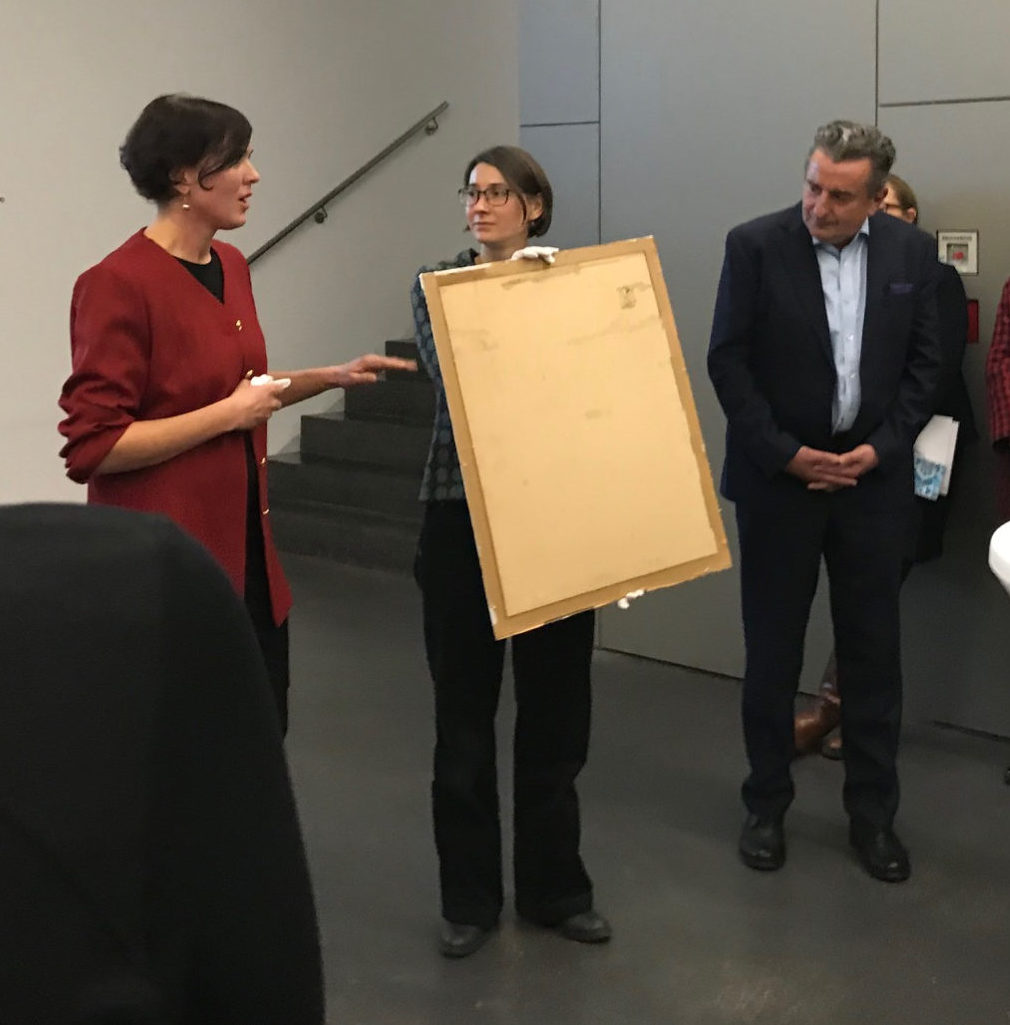 The original stamp proving the Rohlfs work’s provenance was found on the back of the watercolor. Here, it is shown during the reception celebrating its return to Kunstmuseum Moritzburg Halle (Saale).

The Nazis banned Rohlfs from painting and he lost his post at Berlin’s Prussian Academy of Arts in 1938. The artists died shortly thereafter. Hitler defined “degenerate” art as works that “insult German feeling, or destroy or confuse natural form or simply reveal an absence of adequate manual and artistic skill.” Many works of Modern art were condemned. It included paintings by the Expressionist artist Emile Nolde even though he was a Nazi supporter.

Rohlfs’s watercolor had long been recorded as “lost” by the museum. Research revealed the last written documentation of the work after it was purged. It is dated 1940 when Gurlitt acquired it from the Nazi authorities in exchange for foreign currency. Its subsequent history is unclear.

Gurlitt’s personal collection was later revealed to contain a number of valuable works of art either stolen from Jewish collectors or acquired through the forced sales of their assets. But a number of the 1,500 works found in 2013 in the possession of his son, Cornelius Gurlitt, were confiscated by the Nazis from Germany museums. They are now being researched by the Kunstmuseum Bern, which was bequeathed the collection by Cornelius Gurlitt.

The Kunstmuseum Moritzburg has expressed its appreciation for the painting’s safe return thanks to Ketterer Kunst without having to bid for it at auction. The auction house paid for the work’s transport and insurance. The museum also announced that the work will shortly go on display to the public.

Robert Ketterer, the owner of Ketterer Kunst, said in a statement that the return of Rohlfs’s painting “shows that it takes just a little bit of good will on all sides to find fair solutions for works with a Nazi past appearing on the market.”

Ketterer added that the return of works to German museums or to the heirs of Jewish collectors “is not only about the art itself, but also about a chapter of German history that may never fall into oblivion.” He stressed that the art trade “has to make its contribution to this endeavor.”
|